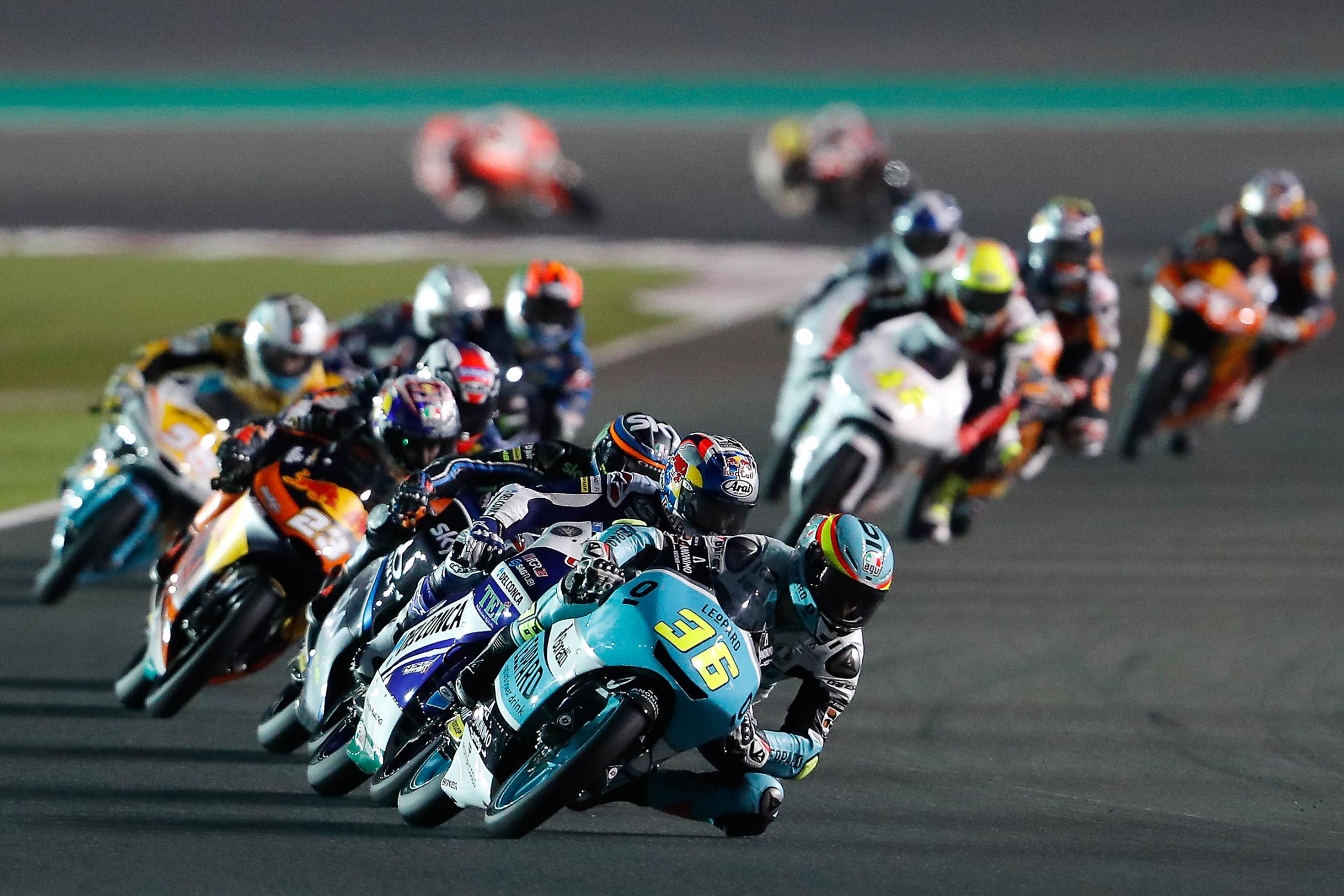 Dunlop continues its support as tyre supplier for the 2017 FIM Moto2 and Moto3 World Championships on their tour of the Americas, with round two at the Autodromo Termas Rio de Hondo, Argentina on 9 April and the Circuit of the Americas, Texas on 23 April. Two weeks later the Dunlop-shod machines embark on their first race appearance of the year in Europe, at Jerez, Spain on 7 May. The tyre supplier will continue to record overtakes for its 2017 #ForeverForward award.

After record temperatures in 2016, the opening round of 2017 in Qatar saw unseasonably wet weather force the cancellation of qualifying for both championships. The grids were consequently determined by the combined practice times.

Dunlop shipped in extra tyres in case the event was wet, but they weren’t needed on race day as normal Qatar weather returned. Franco Morbidelli converted his rapid pace in testing into his first Moto2 victory from pole, finishing over 2.5 seconds ahead of last year’s winner Thomas Lüthi. The medium option tyre was the preferred choice, with just a 0.5 second drop in performance during the race. Joan Mir took his second Moto3 victory, from sixth on the grid, and finished just 0.135sec ahead of John McPhee, who fought back from 13th and put himself third in the FF table.

Qatar proved a challenging weekend weather-wise, however the opening round saw plenty of overtaking and opportunities for riders to demonstrate their talent and ability to progress through the races. Rewarding riders for their fightbacks from adversity and awarded points for the 2017 Dunlop Forever Forward Award, one point is given for every place gain from start to finish position. Top overtaker in Qatar was Moto3 racer Darryn Binder who progressed 13 places to lead the ranks, with Yonny Hernandez top Moto2 mover with a 10 place improvement.