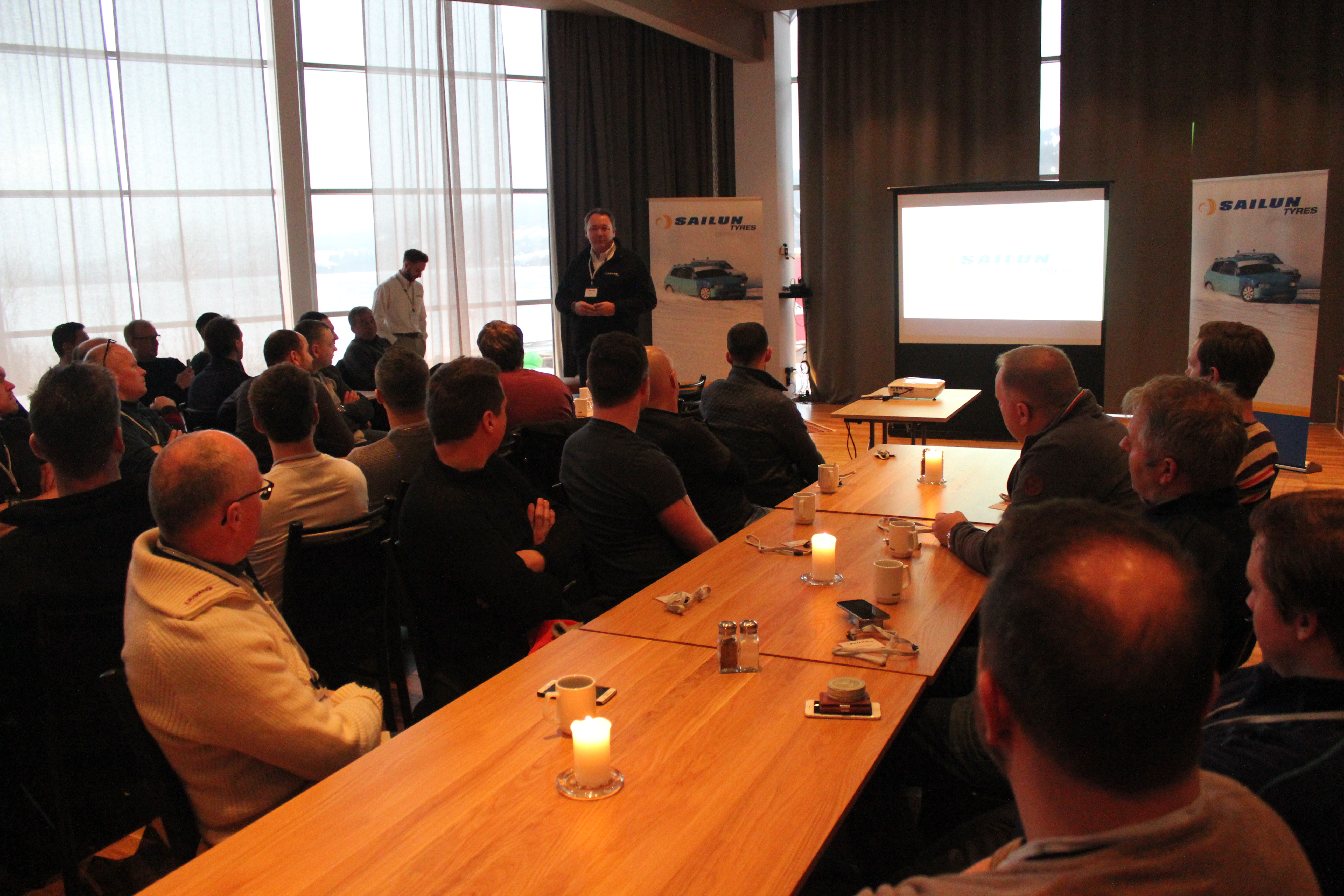 Recently appointed Sailun Jinyu International Europe president, Gareth Passmore, addresses some of the 80 dealers from across Europe that attended the event in Northern Sweden

At the beginning of November Sailun Jinyu International (SJI) appointed Gareth Passmore as its president for Europe. He replaced Martin West, who has been appointed global president of the SJI Speciality Tire Group. Passmore, who started on 1 December 2016, is now responsible for all operations throughout Europe across all of the Sailun Jinyu Group brand portfolio – Sailun, Jinyu, Black Lion and Rovelo. Passmore brings with him over 25 years of tyre industry experience, including time with Continental, Apollo (in South Africa) and latterly with Sumitomo Rubber Industries where he headed up the Falken brand’s European export operations. During a recent brand and winter tyre product demonstration event in Sweden, Tyres & Accessories caught up with Passmore and at the same time we were introduced to Sailun’s ambitious goal of becoming a top 10 tyre manufacturer in the years to come.