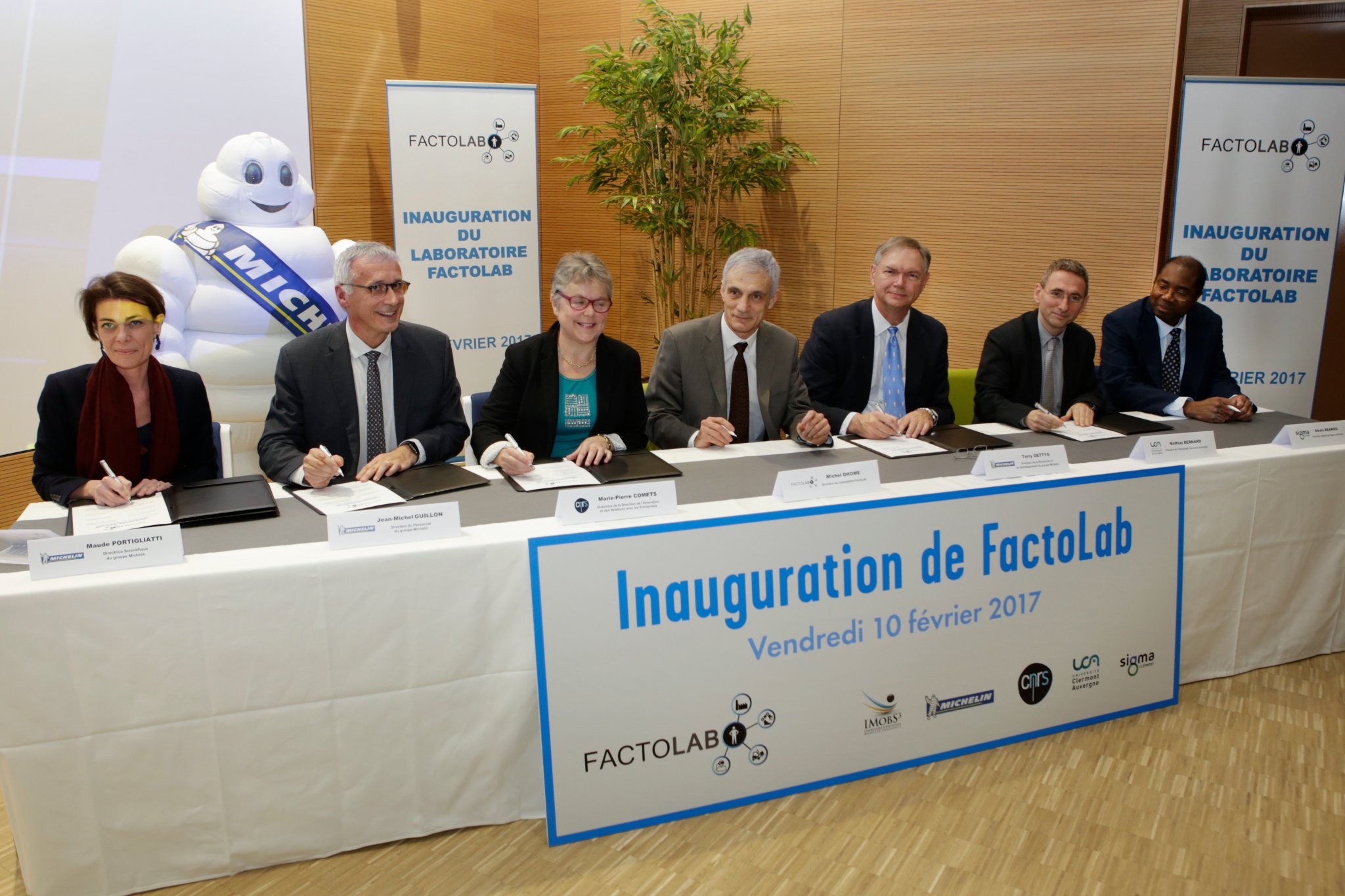 FactoLab is the name given to a new public-private laboratory that Michelin has jointly set up with three research laboratories from Université Clermont Auvergne in France. The tyre maker officially inaugurated FactoLab together with representatives from the Institut Pascal, Lapsco and Limos on 10 February.

The laboratory, shares Michelin, will be “dedicated to the industry of the future.” Specifically, FactoLab is implementing a medium and long-term research and development programme that will focus on man-machine cooperation, particularly in the fields of cobotics and new digital technologies. The aim is to improve workplace conditions by developing collaborative robots and connected devices that eliminate some of the physically arduous or stress-causing tasks faced by production operators. This programme will extend and expand upon experiments now in progress at Michelin’s facilities in Cholet, France and Valladolid, Spain, work Michelin says has delivered positive initial results.

FactoLab is governed by a six-person steering committee made up of three academic research representatives and three Michelin Group representatives; the committee is responsible for approving the laboratory’s research programmes and supervising work. The laboratory’s operational management is provided by Michel Dhome, CNRS research director and director of the LabEx IMobS3 (a collaborative project that brings together the expertise of the public laboratories in Clermont), and Colin-Yann Jacquin, head of R & D partnerships at Michelin. Initiated by LabEx IMobS3, the joint laboratory is under contract with the CNRS (the French National Center for Scientific Research), the Université Clermont Auvergne and the SIGMA Clermont school of engineering.

For the partner public laboratories, FactoLab enriches cooperation by benefiting from a strategic application framework and the backing of a group with international visibility. For the Michelin Group, the creation of FactoLab opens up the opportunity to work with the best researchers within its home region of Auvergne-Rhône-Alpes in fields such as cognitive sciences. FactoLab, says Michelin, forms part of a very active partnership strategy developed over several years to increase the group’s strength and speed of innovation.