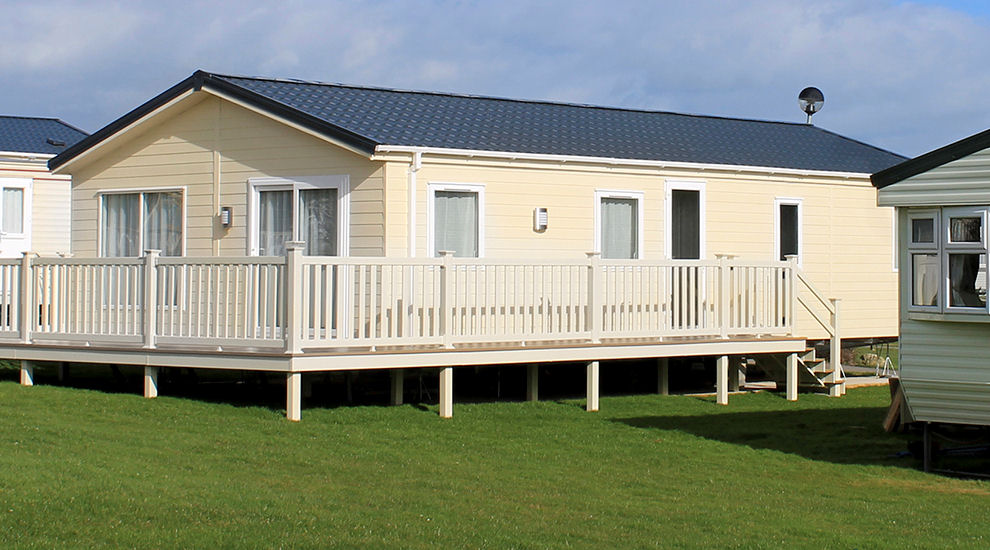 The key benefit of the tubeless tyre, says STARCO, lies in the optimum compatibility between wheel and tyre

Ten years have gone by since STARCO introduced the first approved tubeless static caravan and park home tyre. Today it sells more than 100,000 of these tyres a year, primarily in the UK and Western Europe, and STARCO remains the sole supplier of this wheel and tyre combination.

What is it that makes this tyre the customer’s first choice for static caravans and park homes? The absence of an inner tube means that in the event of a puncture, the air inside the tyre escapes slowly rather than explosively, as the butyl inner tyre liner surrounds the foreign object that has penetrated the tyre tread and slows the air loss through the punctured area. Prior to STARCO’s introduction of the tubeless concept for static caravans and park homes ten years ago, the industry used relatively small tyres with high operating pressures.

“We initiated the development to give the market a better solution for the application, and we succeeded in improving the safety, differential load performance, stability and strength of the tyre, whilst also simplifying puncture repairs,” explains Shaun Jones, segment director for Trailer & Caravan at STARCO. Jones, who has worked for STARCO for 20 years, played a key role in introducing the tubeless option to the market. In the event of a puncture, the air escapes slowly rather than explosively,
as the foreign object penetrating the tyre tread can act as a seal, slowing down the air loss. This leads to less damage and a safer solution

Even though the tyre itself is the greatest point of difference between the STARCO solution and the original tubed tyre variety, STARCO comments that the key benefit lies in the optimum compatibility between wheel and tyre. The development of a 4.5-inch wide wheel with an integrated double safety hump allows for improved stability and reduces the tendency for the tyre to roll off the rim. All STARCO caravan wheels also come with E-coat anti-corrosion protection (as used in the automotive industry) and a powder coat top finish as standard, improving both corrosion and aesthetics.

“Our customers are very satisfied with the performance and benefits of this unique offering and some of the issues experienced in the past are now completely gone,” shares Jones. “Besides the benefits when the wheel and tyre is in use, the caravan manufacturers have experienced another upside: on their production lines, the use of metal staples is commonplace, and therefore so is the risk of a ‘rapid deflation’ on the line. However, this is not the case with tubeless tyres as the air escapes slowly, just like when we annoyingly discover a screw or nail in the tyre on our cars.”

The STARCO tyre was the first tubeless design to be approved by the National Caravan Council. “As with all tyres supplied by STARCO, the tubeless static caravan performance is analysed by our own SQA Engineers and from customer feedback. This tyre performs very well and complies with all necessary regulations, so we have no plans to change this clever solution,” states STARCO technical director Mike Green.

STARCO is convinced that the tubeless tyre, which costs approximately the same as a tubed tyre, has proven its worth over the last ten years as a safe and sensible alternative to standard tyres for static caravans. Although the company primarily supplies tubeless tyres for the UK and Western European markets, the company also sees a great deal of potential in other regions for other applications.