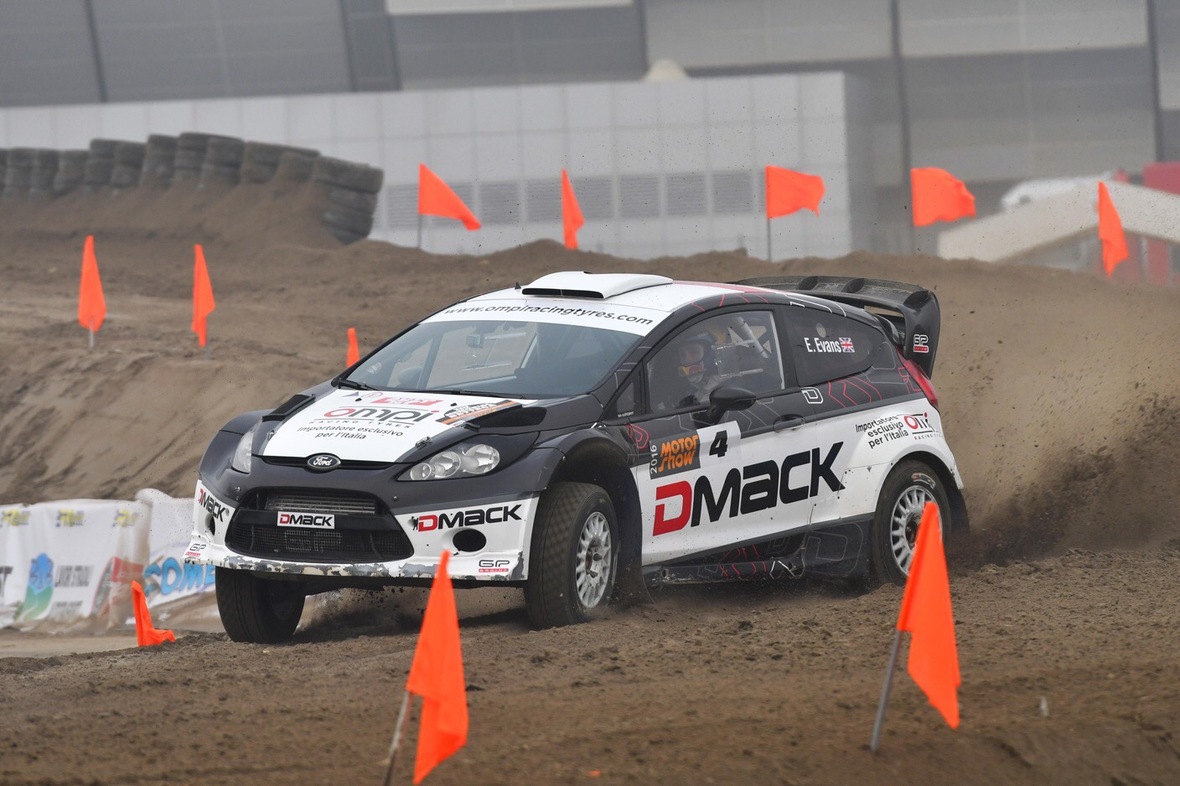 Evans used Dmack’s soft compound GS61 gravel tyres on the mixed surface track. At the wheel of a Ford Fiesta RS WRC, he was unbeaten in all the heats and won three races from four in the final.

OMPI Racing Tyres, recently appointed as Dmack dealer for Italy and headed by former world rally driver Piero Liatti, was instrumental in Evans’ attendance at the event. The company used it to launch its range of Dmack products to competitors in the Italian Rally Championship.

The victory rounded off an impressive season for Evans and Dmack. Together they won the MSA British Rally Championship for both drivers and teams after taking five wins from the seven events. The Bettega Memorial is held in memory of the legendary Italian rally driver Attilio Bettega who lost his life in a fatal crash during the 1985 Tour de Corse rally. It brings together a number of star drivers in a flat-out sprint where every split second counts and the smallest mistake can wipe away any chance of victory.

Dmack driver Elfyn Evans said: “It’s been a great weekend, I’ve thoroughly enjoyed racing on the track and it’s fantastic to come away with the overall trophy. The tyres from Dmack have been ideal here. It’s actually quite demanding on tyres and we had the perfect strategy all weekend to cope with both the gravel and asphalt sections.”

Dmack managing director Dick Cormack said: “Winning against three other tyre manufacturers is a great way for us to end the season. Elfyn has once again delivered a perfect drive over the two days against some tough competition and really deserves the victory. It’s an important result to promote Dmack in the Italian market where we are planning further growth next season.”