You are here: Home1 / News2 / Product News3 / Additives for diesel vehicles: Efficiency goldmine or reliability mine... 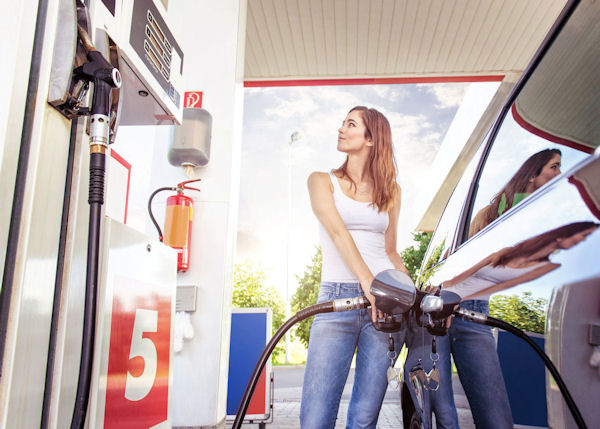 Additives for diesel engines allow many diesel vehicles to keep pace with ever stricter emissions legislation, while also providing improved Diesel Particulate Filter (DPF) performance. Typically, diesel additives will either be Fuel Borne Catalysts (FBC) or Diesel Exhaust Fluid (DEF); which offer differing benefits for processing the noxious gases produced by the diesel combustion process. However, the market is also flooded with fluids that make unsubstantiated claims about improving performance, so how diligently should the consumer treat these fluids? Doug Bentley, research and development manager at Klarius Products Ltd, the largest manufacturer of aftermarket emissions components in the UK, explains the various diesel additives systems and fluids on the market and their function.

All diesel vehicles produced after 2006 will include a DPF in the exhaust assembly. DPFs are constructed from a steel canister containing a ceramic filter monolith. The DPF serves to remove harmful soot particles from the exhaust stream; as exhaust gases are filtered through the monolith, soot collects in the internal channels of the device. This soot is then burnt off when the DPF reaches a high operational temperature, a process called regeneration.

Regeneration is usually achieved during longer journeys, where the exhaust assembly can reach the required temperature. This process reduces the soot to ash, allowing the now less harmful burn-off to exit the device via the exhaust pipe, with the far smaller ash particles retained in the monolith. DPFs however are a service item, and require replacement once they are full of ash. DPFs can also become full of soot quickly if the vehicle is taken on multiple short journeys, as the device cannot reach the required temperature to regenerate, or burn-off the soot.

FBC fluid is typically stored in a separate tank, which usually requires refilling every 60,000 miles or so (Source: Istock Copyright: dirkbaltrusch ID:519898820)

FBCs (widely known as Eolys) aid the DPF regeneration process by lowering the required temperature for soot to burn inside the device. This is achieved by adding the fluid to the diesel fuel before it is injected into the engine. FBCs contain a solution of metal compounds (usually iron based, accompanied by either platinum or cerium), which after the combustion process, adds metal oxide particles to the soot that enters the DPF. These metal oxides serve as a catalyst inside the DPF, allowing soot to be burned off at a temperature of 250 – 300°C, which is far lower than that required otherwise. This allows for a wider range of regeneration over differing engine modes, which increases the service life of the DPF as more soot can be burned off more of the time.

FBC fluid is typically stored in a separate tank, which usually requires refilling every 60,000 miles or so. The ECU exclusively governs the amount of fluid released into the diesel, as too much metal residue inside the DPF can cause damage to the internal monolith and therefore its overall performance. This fuel additive system is widely utilised by OEM manufacturers such as Peugeot, Citroen, BMW Mini, Ford, Volvo, Mazda, Volkswagen, Skoda and Lancia. Some FBC brands are OEM specified, allowing drivers to select the optimum FBC fluid to increase the performance of their DPF.

DEF (also known as AdBlue) fluid serves a different purpose, namely to reduce the Nitric Oxide and Nitrogen Dioxide (NOx) levels emitted from the diesel exhaust gas stream into the atmosphere. The system was introduced as a direct response to more stringent EU legislation on NOx emissions, gases that cause wide ranging damage to the atmosphere and local environment. This is achieved via the injection of DEF into the exhaust gases after they have passed through the DPF, then reacting the fluid inside a Selective Catalytic Reduction (SCR) Catalyst to create cleaner emissions.

DEF is a clear liquid which should contain 67.5 per cent demineralised water and 32.5 per cent pharmaceutical grade Urea. This mixture reacts with NOx inside the SCR Catalyst to produce less harmful Nitrogen, Water and Carbon Dioxide. The process generally requires a combined CAT/DPF unit or separate catalyst – increasing the complexity of the exhaust assembly. Typically a vehicle will consume a litre of DEF fluid every 500 miles, so the tank will require filling at regular intervals to ensure vehicle performance is maintained. The quality of DEF fluid is governed by ISO 22241, providing security to motorists that the fluid will perform as intended.

There is a further range of fluids for emissions systems that provide more specific benefits. DPF cleaning fluid is one such product, which is used to clean a DPF once it has become clogged with ash. The fluid is usually only utilised when a replacement DPF is unavailable, and requires the ash counter to be reset once the process has been completed and the DPF reattached to the vehicle.

Other such products include fuel tank additives, which are mixed directly into the fuel tank with fuel. Many aim to reduce the carbon build up on sensors or ‘clean’ catalytic converters. However, more unsubstantiated claims are made by inferior products, so potential purchasers are advised to be wary when assessing the credibility of a product before entering it into the fuel system. Claims such as 10 per cent increases in fuel economy or increases in horsepower sound too good to be true – because they are.

DEF and FBC fluid systems allow diesel vehicles to further reduce emissions and improve air quality. Such fluids are widely utilised by major manufacturers, with some brands even recommended by OEMs. Such is their importance, that many exhaust assemblies are tailored in their design to incorporate the benefits of these fluids. Regulatory standards also ensure trustworthy aftermarket products, offering a wider choice for purchasers.

While more established fluid systems undoubtedly improve the performance of the DPF and reduce emissions, many more unproven products on the market offer a potential pitfall for purchasers. Therefore it is vital to specify quality fluids that are supported by either an OEM or highly credible aftermarket source to avoid potential damage to a vehicle. For motorists, gaining familiarity with the emissions system installed on their diesel vehicle informs this decision, allowing the selection of adequate fluids and the regularity with which they should be maintained.

Klarius Products Ltd states that it will launch its own range of additives in the near future.

The Tire Cologne: More than 100 exhibitors now on board for 2018 show