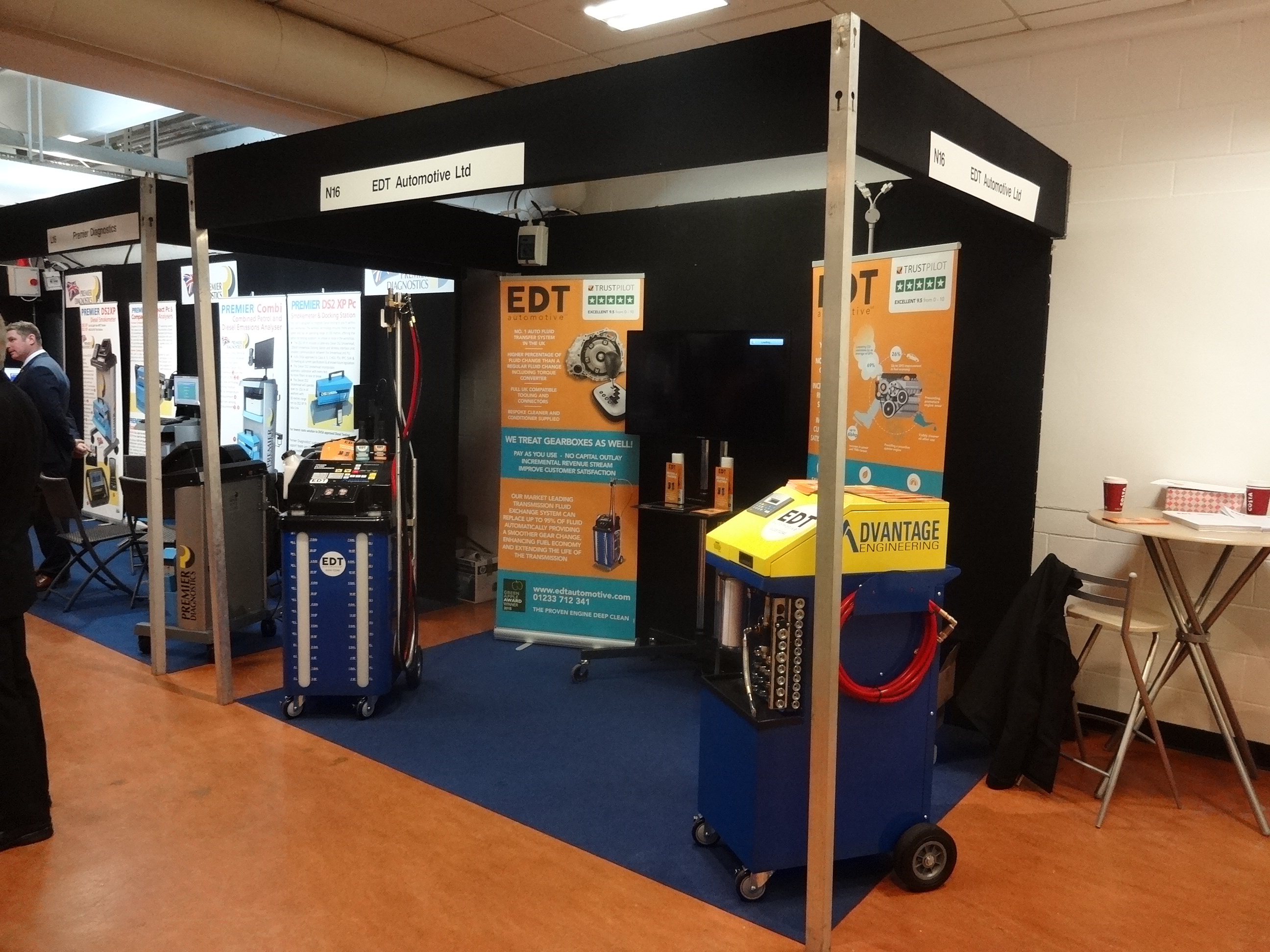 Mechanex, which took place at Sandown Park in Esher earlier this month, is the UK’s largest independent aftermarket trade show and features stands from over 100 of the industry’s market leading suppliers.

EDT demonstrated its award winning technology to the many auto professionals attending the show, taking the second generations of both the engine decontamination and auto transmission machines.

Company CEO, David Holmes, was joined at the event by Eric Waelput, a director at Advantage Engineering – the company behind EDT Automotive’s industry leading technology. Both were on hand to explain how the products have evolved since the first generation machines, resulting in faster and more efficient fluid exchanges.

“Mechanex presented us with a fantastic opportunity to gauge the appetite for our contamination-removing equipment,” said David.

“Having booked six demos at independent garages and one with a significant oil supplier responsible for a 300 garage network, it would certainly appear that industry professionals see the value in our offering.

“Both of our machines are supplied to garages on a pay-per-use basis, which is incredibly unique in this market. We also have a feedback score of 9.5 out of 10 on Trust Pilot based on feedback from both customers and garage partners, highlighting not only the effectiveness of the technology but also the revenue opportunity that it presents.”

The EDT team have now committed to attend three further Mechanex events next year, in Manchester, Derby and Esher.