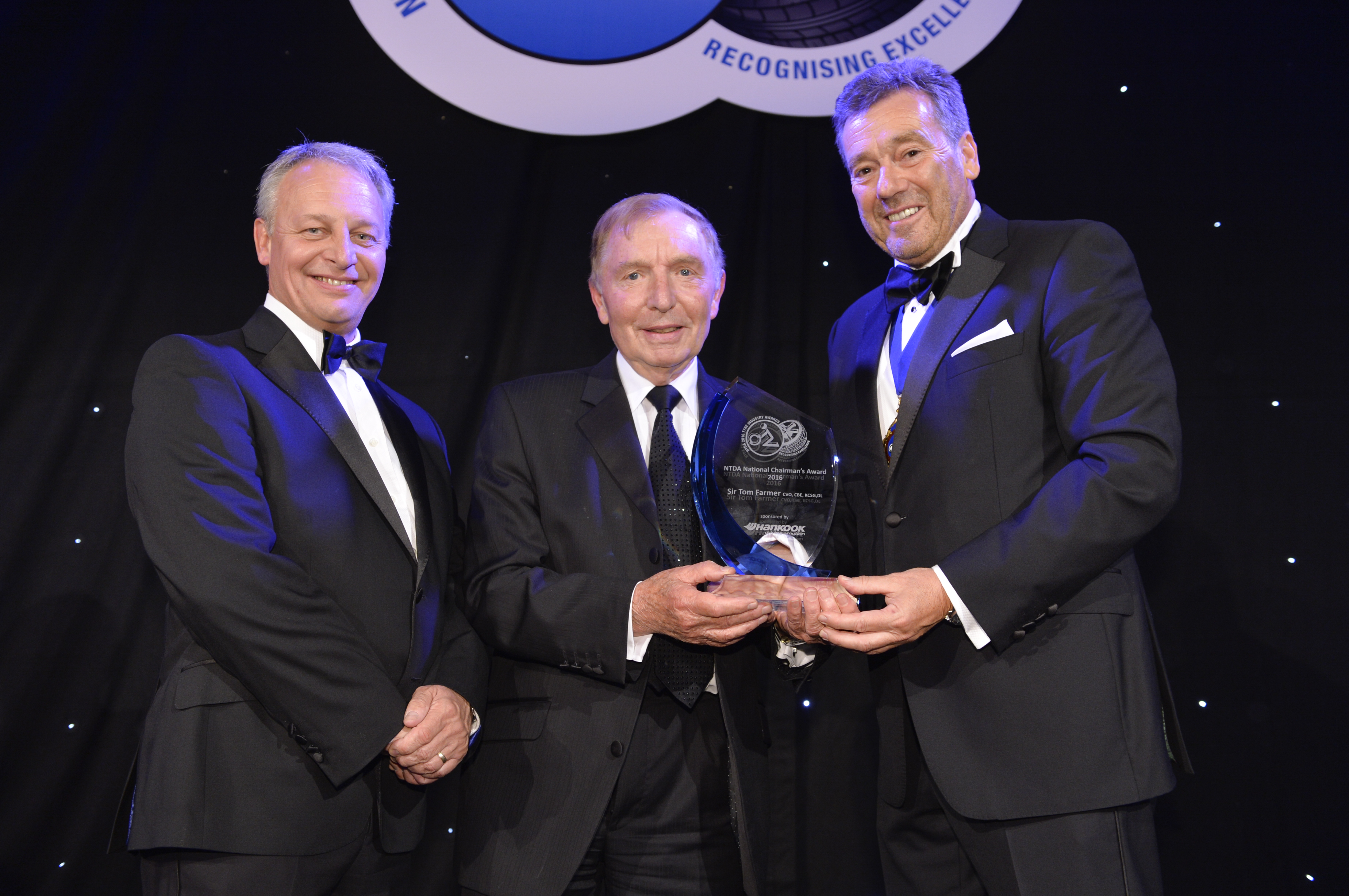 As well as the popular Tyre Industry Awards, the NTDA also presented special awards to three individuals that have gone the extra mile in their service of the tyre industry over the years during the annual dinner at the start of October. The association honoured Kwik-Fit founder and well-known philanthropist Sir Tom Farmer with the national chairman’s award for outstanding contribution to the tyre industry as well as an honorary life membership of the association. In addition Brian Funnell and Lennie Wells become honorary life members (see “Brian Funnell and Lennie Wells become NTDA honorary life members“).