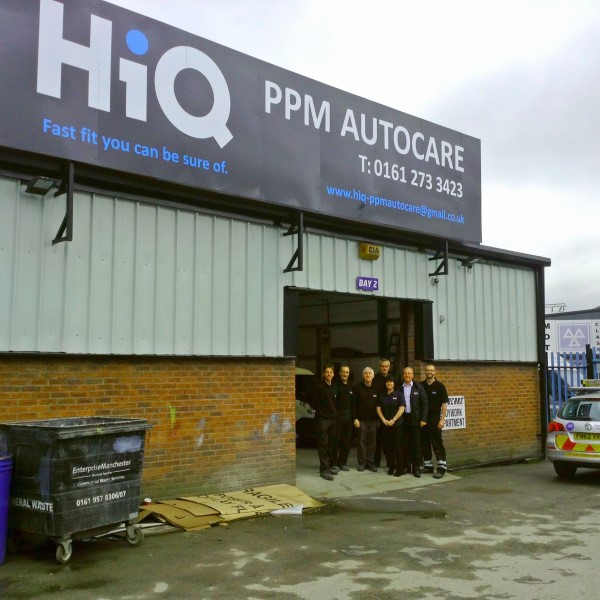 HiQ has added Manchester tyre store PPM Autocare to its franchise network. The store, which has a good local reputation according to HiQ, will reopen as HiQ West Gorton. Commenting on the decision to move to the HiQ Network, workshop manager Phil Statham, said: “Having previously worked for HiQ I knew how PPM would fit well into the network. The level of support and communication we received prior to joining the HiQ network was excellent.  It made the move to a HiQ branded store seamless.  We are excited to see where the future takes us with HiQ.”

PPM Autocare was started in 2011 by mechanic brothers Danny and Patrick.  Following the appointment of workshop manager, Phil Stratham, the store move from purely mechanics to tyres and fast fit.  Now offering MOTs and services alongside tyres, the store has enhanced its offering, and business has grown accordingly.

On joining the HiQ franchise network, PPM Autocare will gain access to a wide range of supporting tools and services, such as: sales support, promotional and marketing tools, which can be tailored for the individual store and customers, and head office system and administrative support, to assist with the transition to the HiQ franchise network and aid in the growth and development of the store.

Craig Sprigmore, retail director UK&I for HiQ added: “PPM is a family run business with a great reputation in the local area, it is a perfect fit for the HiQ network.  As Phil had worked with us before, he was aware of the services and support that we offer to the stores that are part of the HiQ Network.  This is an exciting addition, and we look forward to the future with HiQ West Gorton.”

STARCO takes further step into OE with phase out of traditional aftermarket...