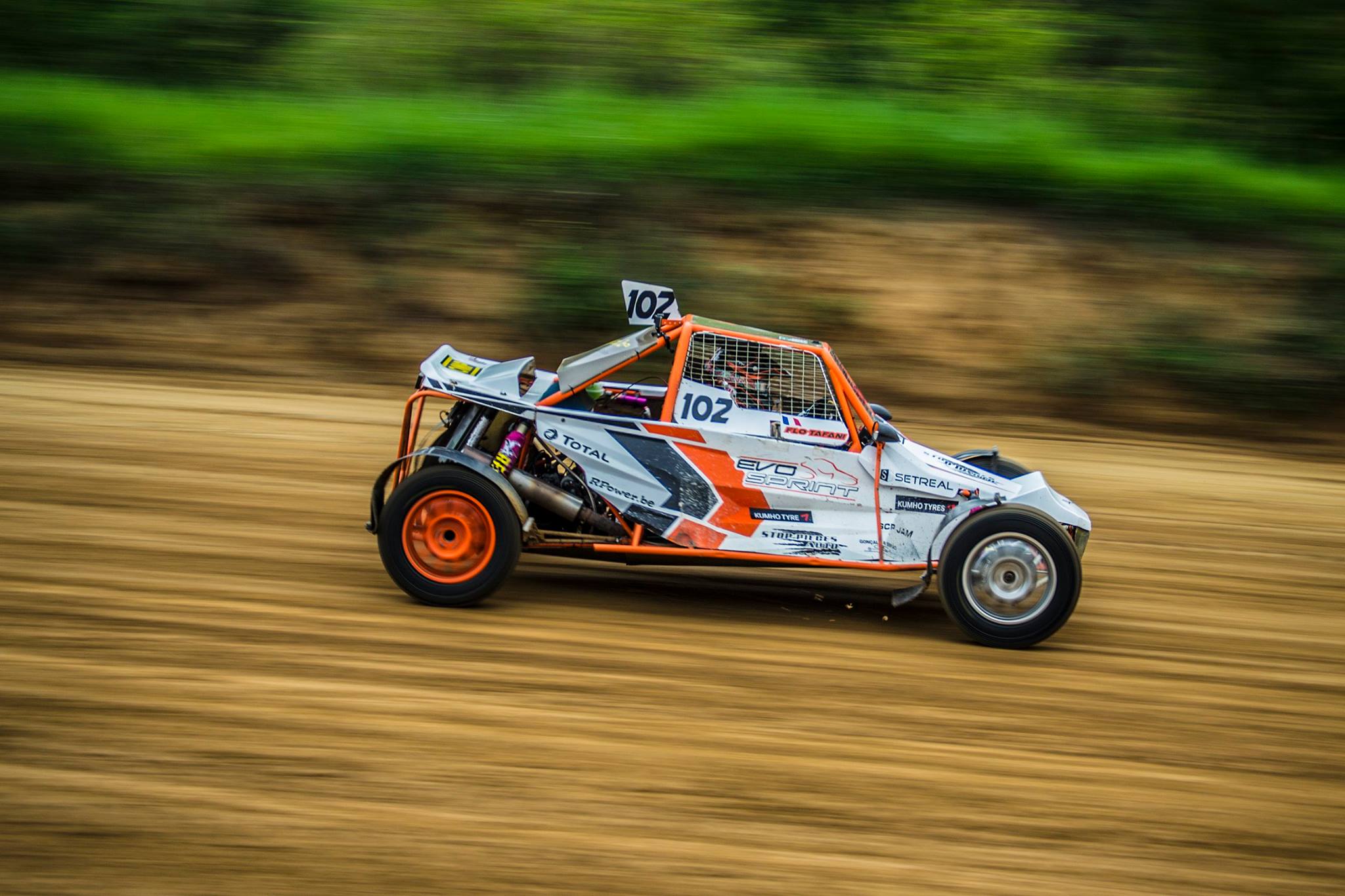 An Autocross Championship class has been won for the second consecutive year on Kumho rubber, after Frenchman Florent Tafani brought his Peters Suzuki home ahead of 38 fellow competitors at his home circuit of Saint-Igny-De-Vers. The victory clinched the Buggy 1600cc class of the 2016 FIA Autocross Championship, completing three victories and eight podiums in the nine-round series. Tafani, who finished a frustrated runner-up in the same category last season, stuck with the soft compound K33 Kumho R800 tyres throughout the final weekend, re-cutting them when rain began to affect the mix of rough and muddy terrain.