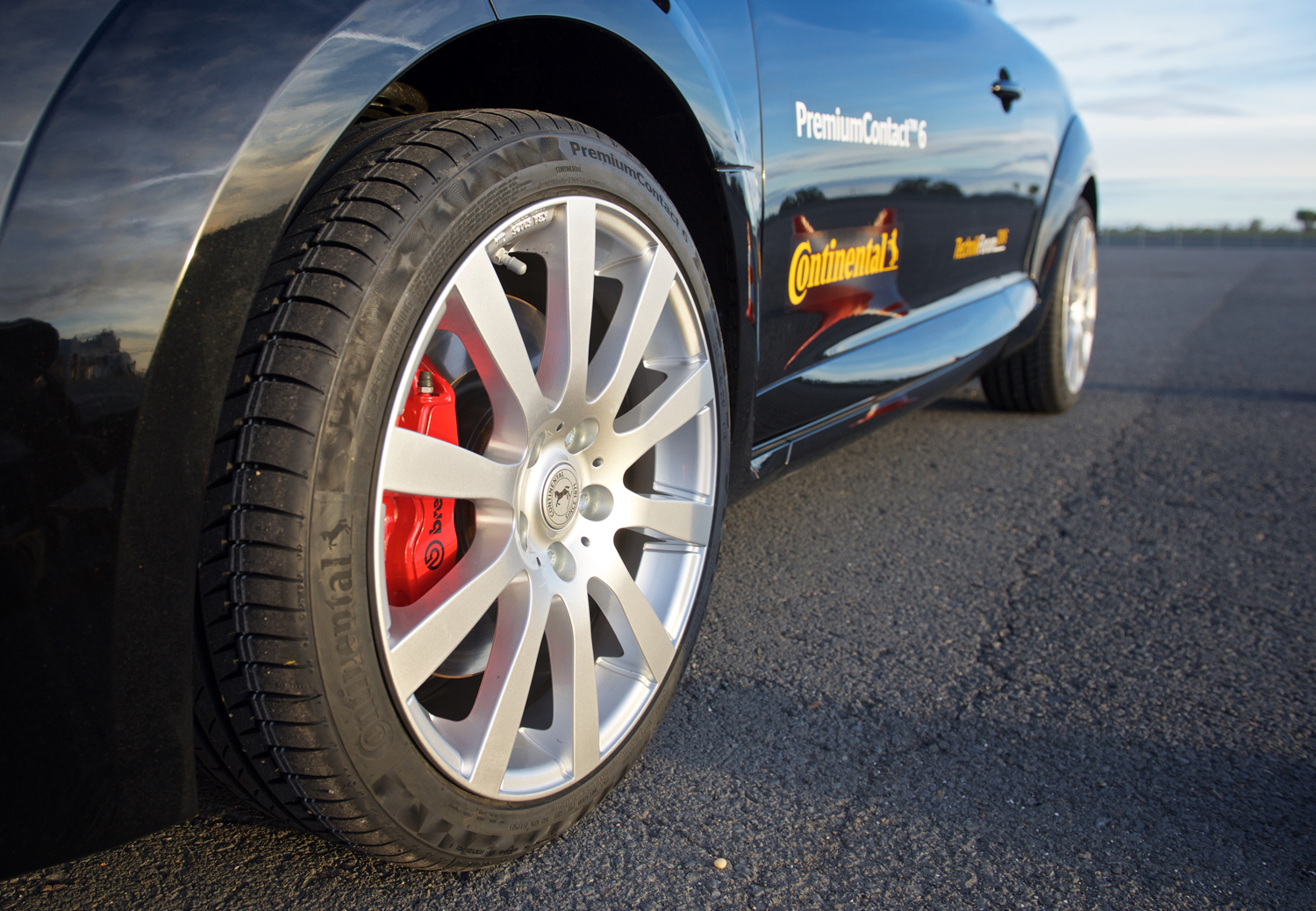 The portfolio of Continental tyres available for the high performance/comfort segment has been simplified with the introduction of a single product to replace two application-specific ranges. The new tyre is the Continental PremiumContact 6; Tyres & Accessories has experienced what the range has to offer and will cover the PremiumContact 6 in our December magazine, however here are the key points for those wanting to find out more now.

While it doesn’t take a genius to work out that the new tyre succeeds the ContiPremiumContact 5, what isn’t immediately apparent is that the latest-generation PremiumContact also takes over from where the ContiSportContact 5 left off. Continental seems to have decided that offering both a sporting and a comfort-oriented tyre in the same product segment is too much of the good thing, and has thus retired the SportContact name here. This makes sense given both the higher priority that luxury car owners assign to comfort and the potential confusion caused by the existence of both the SportContact 5 and the more hardcore SportContact 6.

The word ‘sport’ has been dropped in the category, and the transition from ContiSportContact 5 to PremiumContact 6 has also been accompanied by developments that have made the tyre more civilised. Presenting the new range, Catarina Silva, EMEA region product manager at Continental, commented that safety criteria has long been a strong development focus; what was new with the PremiumContact 6 was an intensified effort to lift comfort and convenience.

Continental claims a 15 per cent improvement in mileage for the new tyre and a ten per cent improvement in exterior noise, progress achieved through the combination of an abrasion-resistant polymer compound with a supple tread pattern. Handling and rolling resistance are also respectively three and five per cent better, while wet and dry braking performance remains at the same level as with the outgoing tyre. Aquaplaning performance has suffered slightly in the change of generation, and is only 95 per cent that of the ContiSportContact 5.

Alongside safety and comfort, Continental strove to give the PremiumContact 6 sportier handling than the ContiPremiumContact 5. To this end, Continental’s tyre developers adopted the shoulder design from the SportContact 6 and combined it with asymmetrical tread rib geometry. This ‘advanced macro-block design’ employs long shoulder blocks that support one another, providing additional grip. The resultant complex block structure in the tyre shoulder is capable of effectively transferring very high forces, such as those generated under cornering. The asymmetrical rib structure in the tread delivers a similar level of performance in transferring lateral guidance forces.

The PremiumContact 6 will be available from early 2017 in a wide range of sizes for mid-range cars to SUVs. “Around 70 sizes of the new PremiumContact 6 will be available in time for the start of the 2017 summer tyre season,” says Silva. “With rim diameters from 16 to 21 inches we can cover much of the demand from car drivers, while in terms of width, we’re starting with a 195 mm tyre, and going all the way to 275 mm. Aspect ratios will be from 65 to 40 percent, again covering much of the market, while speed approvals go as high as 186 mph.”

The new range will gradually replace the ContiPremiumContact 5 and ContiSportContact 5, taking over when corresponding dimensions become available. The two existing ranges are supplied in around 400 original equipment specifications, and Continental reports that prior to the tyres introduction some 70 prototype tyres were sent to car makers around the world for testing and approval.