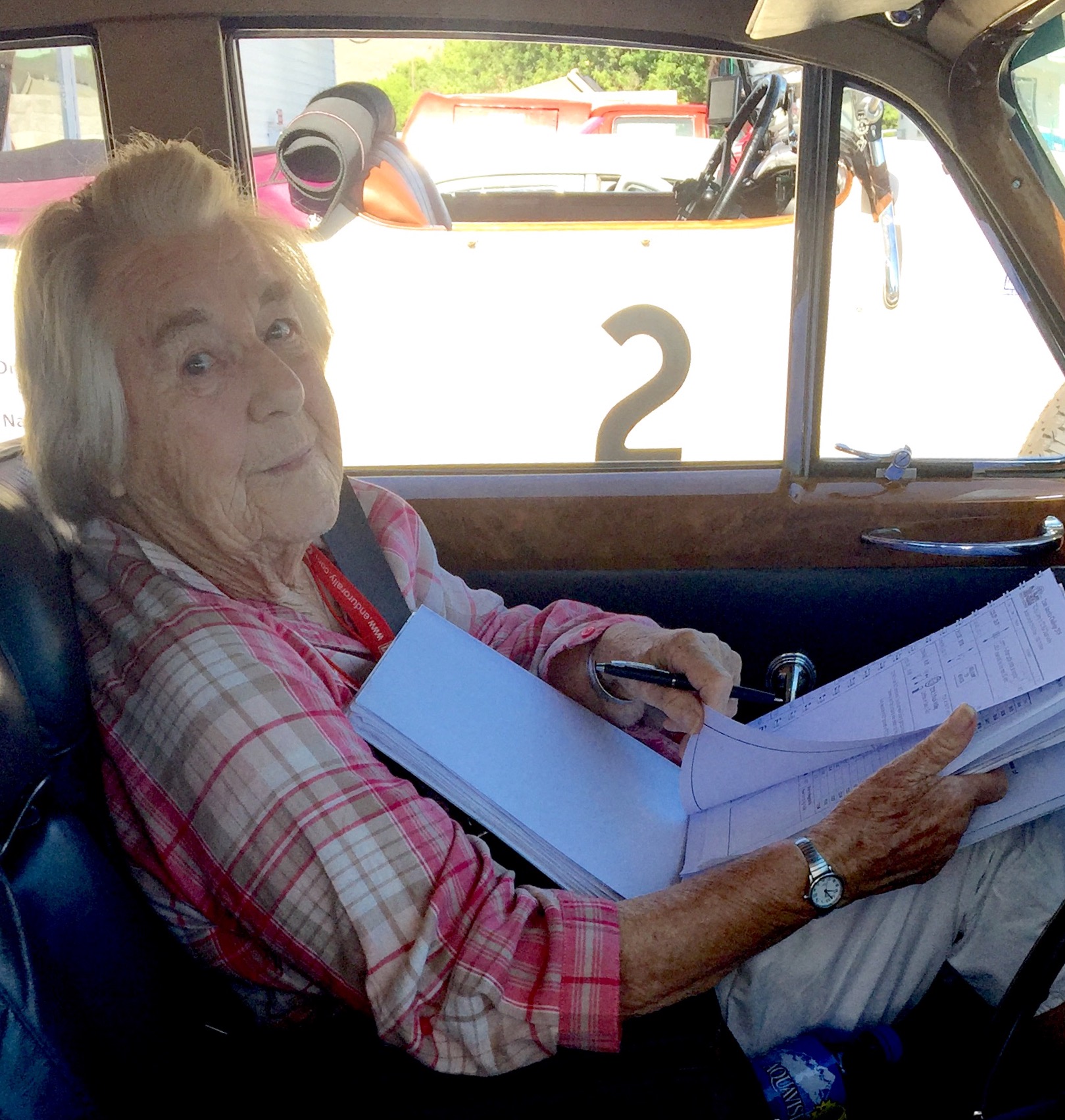 Dorothy Caldwell, who lives in Flagstaff, New Zealand, and is the Guinness World Record holder as the world’s oldest active rally navigator, is to take to the roads again in the New Zealand Haka Classic Rally, a 5,354 kilometre classic car competition on the North and South Islands of New Zealand. The rally starts in Auckland on October 30th and heads to Wanaka before coming back to Auckland again, ending on 25th November. 98-year old Dorothy will be navigating for her son, Alastair Caldwell in his 1963 Rolls Royce Silver Cloud III. The same team and car took part in the TransAm rally from New York to Alaska four years ago and Dorothy won the “Spirit of the Rally” award and her team came 5th overall.

Alastair Caldwell (73) grew up in New Zealand and in 1966 attended the Tasman series racing, where the mechanics encouraged him to come to England to work in motor racing. He did so and became a notable part of the multi-national McLaren Formula 1 racing team. In the 1970s he became team manager, managing world champions such as Emerson Fittipaldi, Nelson Piquet and James Hunt. In fact, this week, October 24th, marks the 40th anniversary of James Hunt winning the F1 World Championship at the Japanese Grand Prix in 1976, with Alastair as team manager, an event immortalised in the 2013 movie, Rush. Alastair has recently done an interview on Sky TV and a talk at London’s RAC Club to commemorate this anniversary.

Despite having retired from Formula 1, Alastair continues his colourful life both on the road and in business. In 1983 he established the United Kingdom’s first self storage company, Space Station.