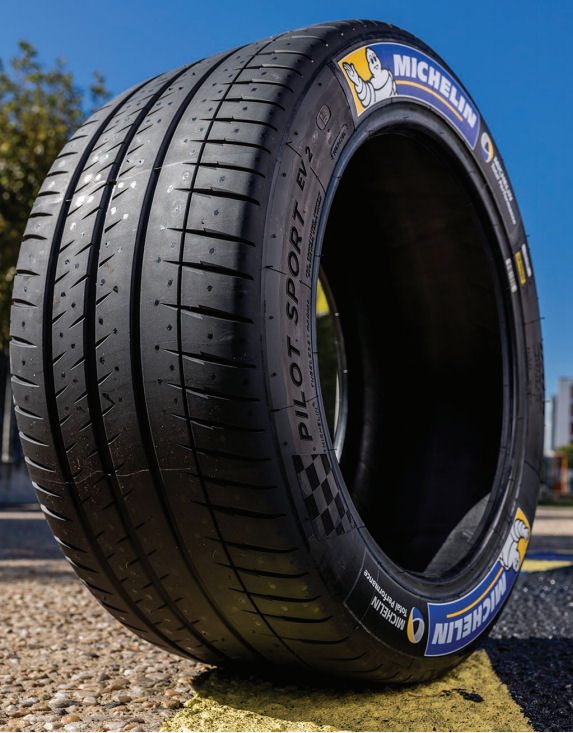 Michelin’s Pilot Sport EV2 is 11% lighter per set than its predecessor, and has 16% less rolling resistance

The mission of the FIA Formula E championship is to drive technology from the racetrack to the road, and this means we should be interested in how the second generation of Michelin’s Formula E race tyre performs. The new Pilot Sport EV2’s competitive debut took place at the Hong Kong ePrix on the weekend, allowing us to finally see what Michelin’s claimed “two steps” forward” in development means in terms of performance. Pascal Couasnon, director of Michelin Motorsport, is proud of the evolutionary development present in the second-generation tyre.

“When the FIA Formula E Championship was created, the Michelin Pilot Sport EV revolutionised the question of tyres in motor racing,” Couasnon comments. “The package of its patterned tread, interior diameter of 18 inches and longevity was a first for a world class single-seater series. When developing the second generation of this tyre, we worked in the same direction and the result is a product which takes us a step further forward in terms of energy efficiency.” The motorsport director adds that while energy efficiency has been “improved significantly,” this progress was achieved while retaining the “same high performance” as the original tyre.

Couasnon states that “the spirit behind the FIA Formula E Championship” – achieving more while consuming less energy and fewer materials – “fits perfectly” with that of Michelin. “Thanks to the employment of new technologies, the new tyre is not only lighter but its rolling resistance has also been lowered.” Through the use of new technologies and more advanced (and fewer) materials, Michelin shaved 1.1 kilogrammes off the weight of each front and 1.4 kilogrammes off each rear tyre, a total of five kilogrammes per car. Individual front and rear tyres now respectively weigh 8.8 and 10.9 kilogrammes. This 11 per cent weight saving per tyre set has been paired with a 16 per cent reduction in rolling resistance compared to that of the original Pilot Sport EV. According to Michelin, this progress in rolling resistance reduction would have given vehicles an additional two kilometres of range and allowed drivers to complete an additional lap in 2015/16.

“The season three-generation of cars will consequently benefit from extended range and no doubt enhanced performance,” says Couasnon. “Formula E is a discipline where success is dependent on the drivers’ ability to regenerate and store energy in the cars’ batteries, so this is a crucial factor. During the pre-season tests at Donington, England, this summer, the drivers were swift to praise the performance of our second-generation tyre. The reigning champion (and Hong Kong ePrix winner) Sébastien Buemi went as far as to say that its increased efficiency will contribute to the show put on for the spectators.”

An asymmetric tread pattern and 24/64-18 (front) 27/68-18 (rear) dimensions – the equivalent to size 245/40 R18 and 305/40 R18 road tyres – give the Pilot Sport EV2 the appearance of a UHP summer tyre, and the similarities to road-going tyres don’t end there, either: The Pilot Sport EV2 is designed to last an entire race meeting. This is a level of longevity unmatched by tyres in other race formats, and makes the Michelin tyre a mileage champion of the motorsport world. A treaded pattern also eliminates the necessity for a tyre change at the first sign of rain.

These road-like qualities are no coincidence. Michelin has embraced the race to road emphasis of Formula E, a championship competed on urban roads, from the beginning; shortly before the very first race took place in 2014, Couasnon commented that Michelin’s aim was to use Formula E as a rolling laboratory that would “help us to improve all of our tyres in terms of their energy efficiency.” The first fruit of this flow of technology from Formula E is the Michelin Pilot Sport 4, a tyre bearing more than a passing resemblance to the race tyre that inspired it.

Michelin’s involvement in Formula E currently sees it supplying tyres until the end of the 2018/19 season.