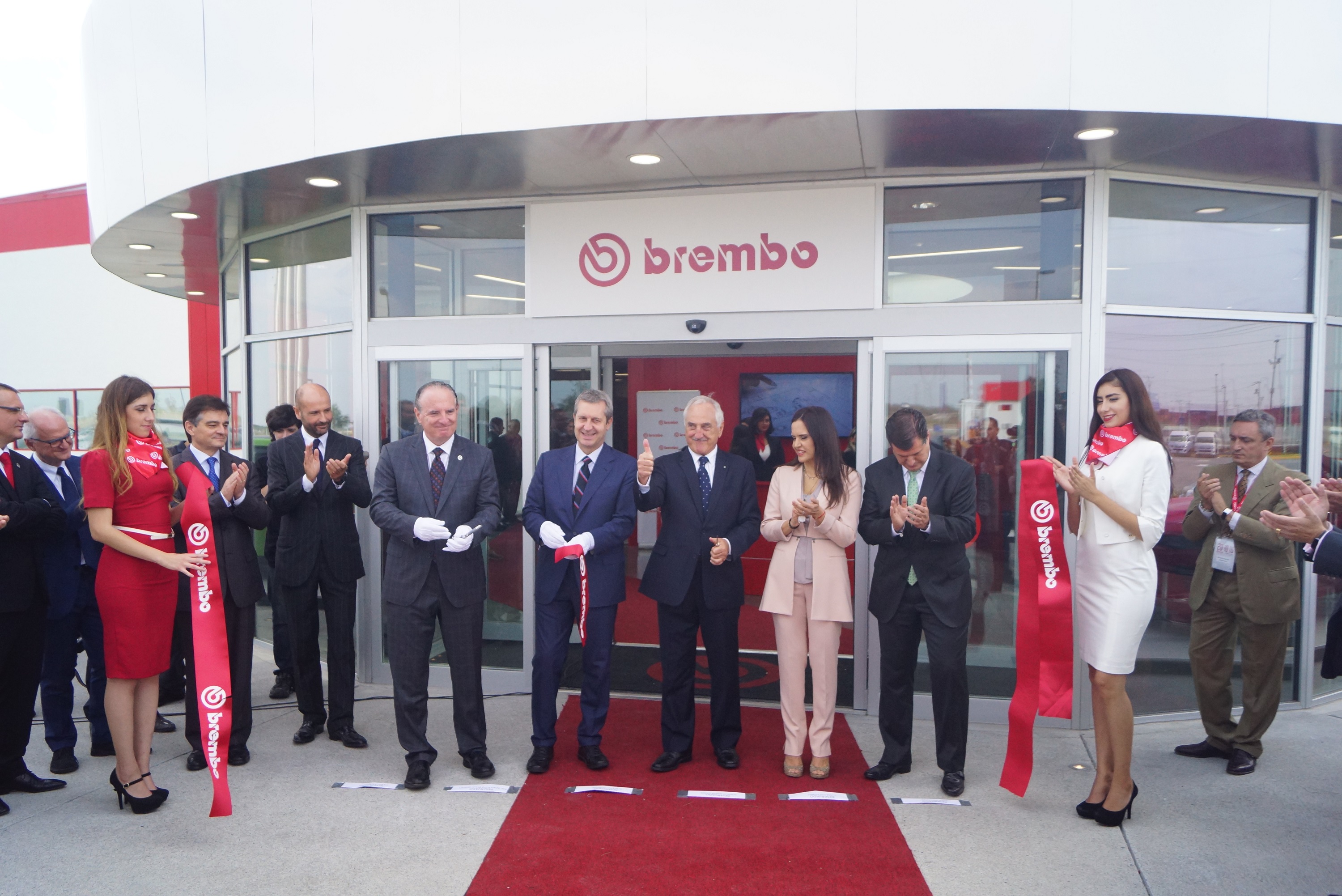 Brembo announced that it inaugurated its new brake plant in Escobedo, Mexico on 20 October. Completed in record time, with an investment of $36 million, the new plant will focus on the production of aluminium calipers and is intended to strengthen Brembo’s presence in North America. At the same time the company announced a plan to invest an additional $93 million to build a new foundry for cast iron discs.

The plant was officially inaugurated by Brembo president Alberto Bombassei. The ceremony was attended by several Mexican and Italian Authorities and Institutional representatives, including the Italian Secretary of State for Foreign Affairs Benedetto Della Vedova.

Inauguration represents a new and significant phase for Brembo’s presence in North America, where the company began operating in 1996 with the establishment of a joint-venture in Puebla, Mexico and then continued in 2007 with the acquisition of Hayes-Lemmerz’s brake component operations, which included plants in Michigan, USA and Apodaca, Mexico.

Once fully operational, the new plant will be capable of making two million aluminium calipers per year. The plant, which covers an area of 377,000 square feet, will add sales of over $100 million a year. It will create about 500 new jobs.

During the ceremony, Alberto Bombassei also announced that the company will start construction of a new foundry for the production of cast iron discs. That plant will be adjacent to the plant inaugurated today.

The production of the new plant will be dedicated to American, European and Asian original equipment manufacturers (OEM) present in Mexico with manufacturing facilities.

This new production unit, along with the one inaugurated today, confirms the integration strategy that has been pursued by the Group which increases its geographic presence in close proximity to its major Customers.