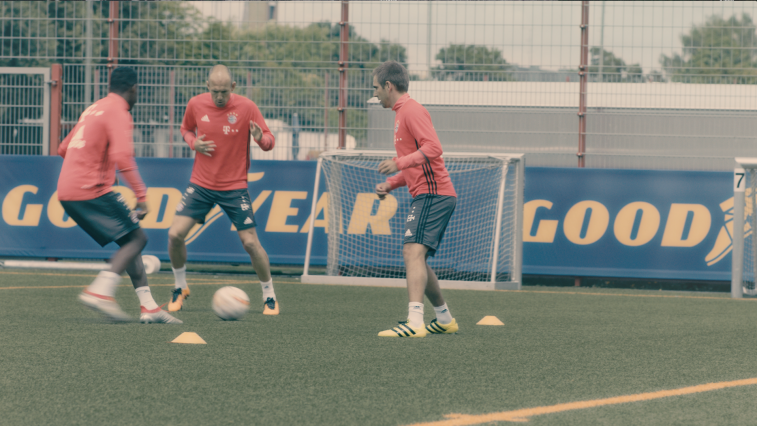 “To become the best, you have to go the extra mile”

Goodyear has released a short video featuring its sponsorship partner FC Bayern Munich. Titled ‘The Extra Mile’, the video features some of the club’s key players and underlines the two brands’ common motto: “To become the best, you have to go the extra mile”.

The video emphasises Goodyear’s and FC Bayern Munich’s determination and their teams’ efforts to work towards one goal. “It shows the hard training of the German club’s players, determined to conquer the pitch, as well as the passion of Goodyear’s Research & Development team, focused on delivering award winning high performance tyres,” comments Martijn de Jonge, Goodyear brand director EMEA.

The tyre maker’s multi-year platinum partnership with the football club was announced in November 2015.