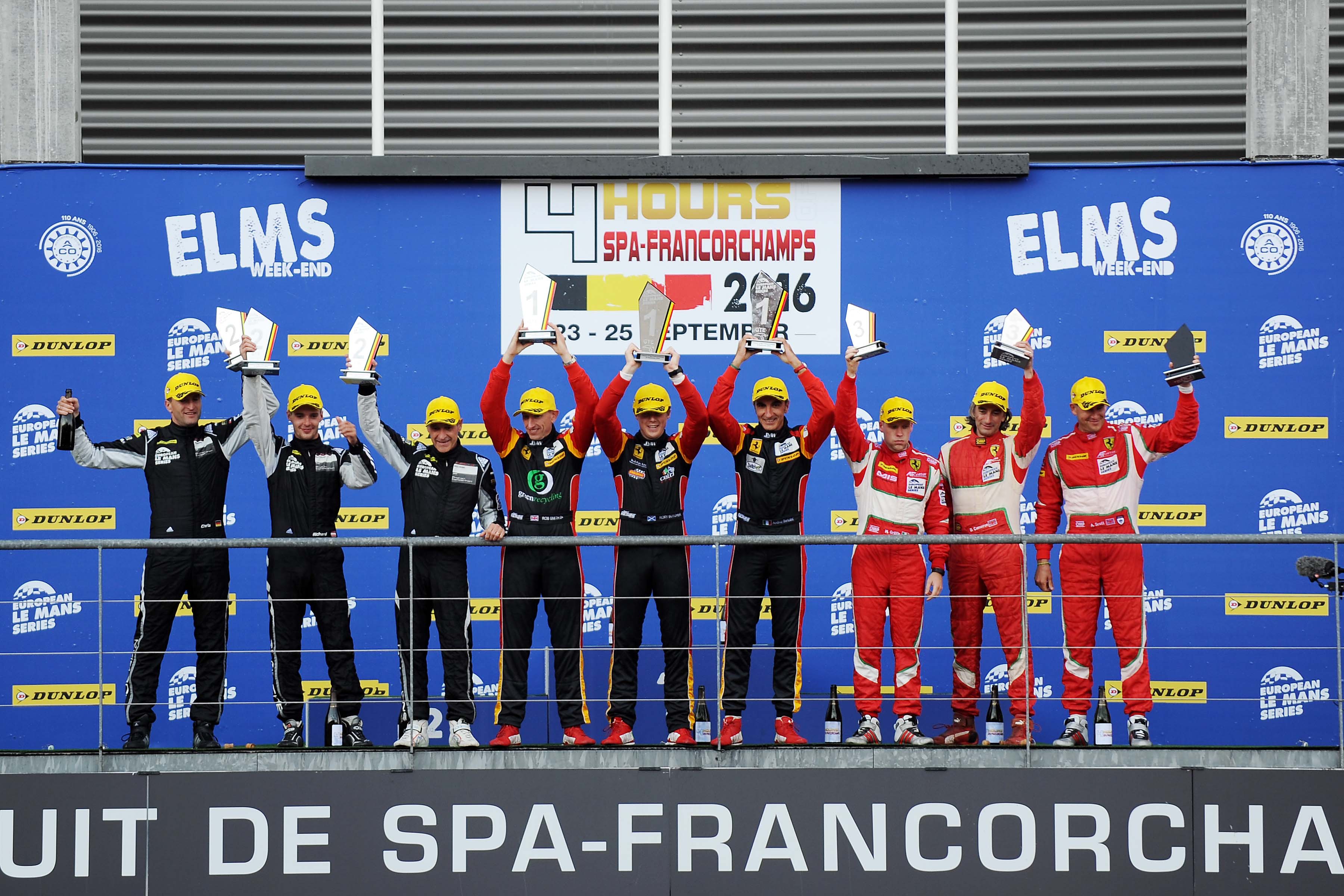 The fifth and penultimate round of the 2016 European Le Mans Series (ELMS) at Spa-Francorchamps, Belgium saw Dunlop drivers claim all three podium positions, maintaining its 100 per cent success for the season.

The open tyre competition top-class saw Dunlop teams take the top six places. Dragonspeed took the team’s first race win in the Oreca, having started from pole position, but it was a hard fought race with safety cars, full-course-yellow periods and pit-stop strategies changing the fortunes of several teams throughout the four hours. Five different teams led at times, with Dragonspeed at the top of the timing screens for 39 of the 96 laps.

Team WRT finished second at their first event, despite needing to rebuild the Ligier after a practice accident. The podium was completed by Thiriet by TDS Racing (Oreca), championship leaders, who now hold a 14 point lead on G-Drive Racing (Gibson) heading to the final round next month. What is guaranteed is that it will be a team using Dunlop tyres who will be crowned champions as no rival teams are within reach in the points.

JMW Motorsport (Ferrari 458 Italia) dominated the GTE class, leading all but one lap of the race and finishing just under one lap ahead of the #88 Proton Competition Porsche 911 RSR 991. The podium was completed by the #55 AF Corse Ferrari. JMW Motorsport now has a 20 point lead on Aston Martin Racing with one race remaining.

The teams all used the medium option tyres which worked well in the hot ambient conditions. LMP2 teams double stinted the tyres while the GTE teams opted to single stint.

Dunlop Motorsport hosted more than 500 colleagues from the wider Goodyear Dunlop road tyre business, which has its European Innovation Centre in nearby Colmar Berg, Luxembourg and headquarters in Brussels. Xavier Fraipont, managing director, motorsport and motorcycle said: “To involve so many colleagues in our fifth consecutive ELMS race win of the season was really inspiring and motivating for the team. We are continually sharing best practices and innovations between our road and race teams and it was fantastic to welcome the wider Company family to Spa.”

Mike McGregor, Dunlop manager testing & track support added: “Having so many of our colleagues here today was fantastic and for them to see such success on track was really good. It was also great to see new teams doing well today – with Dragonspeed’s first win and Team WRT taking second on their debut weekend – even with the bad luck of having to rebuild the car. In GTE, JMW’s race was fantastic and they made it look very easy, which we know is far from reality. It was good to see a Porsche back on the podium too. This season has been very competitive and it will be a fantastic finale in Portgual to decide the champions in both categories.”