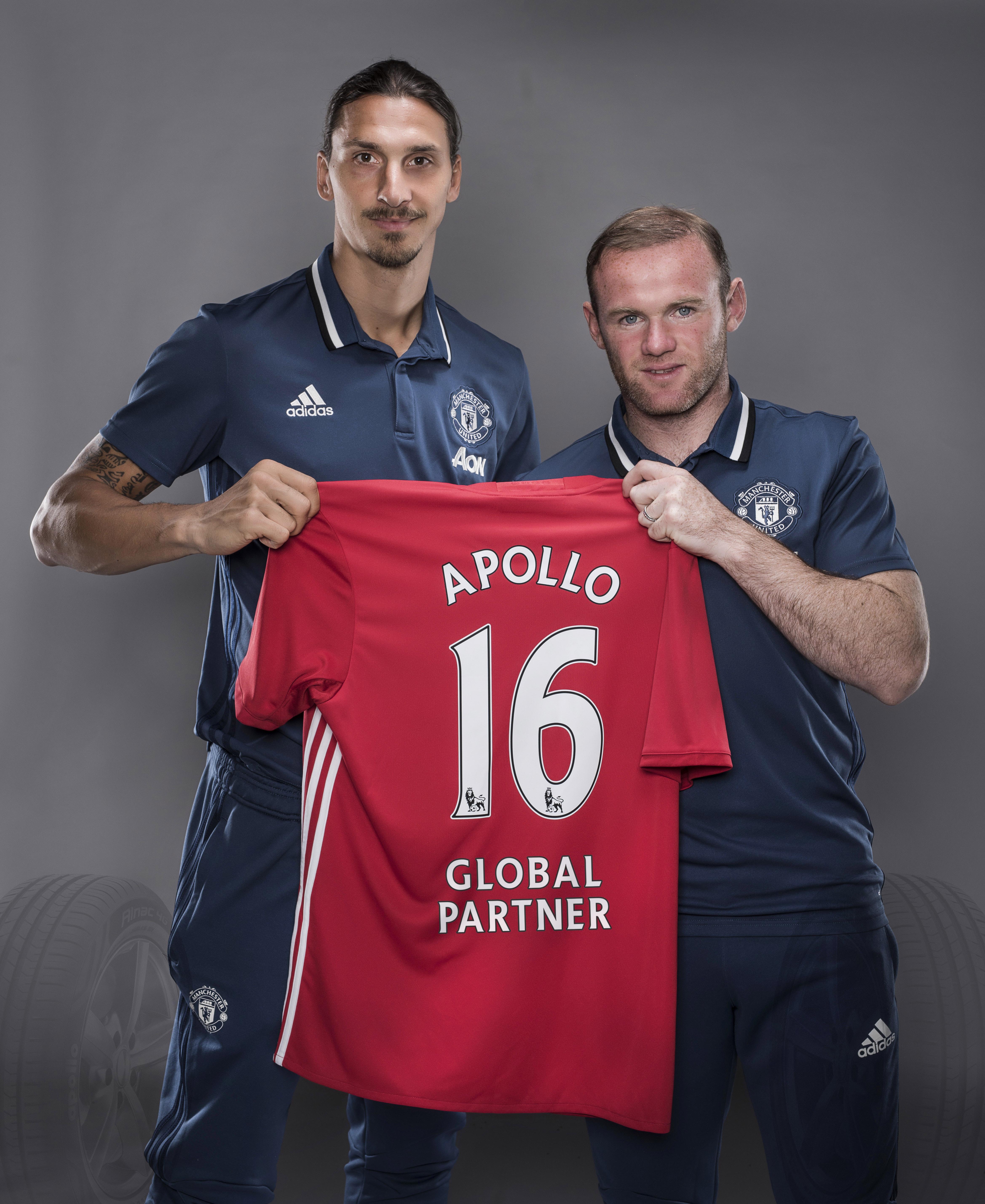 For the next three years Apollo Tyres will be Man U’s “Global Tyre Partner”, as players Zlatan Ibrahimovic (left) and Wayne Rooney demonstrated

After three years of regional association with Manchester United Football Club, Apollo Tyres has extended its sponsorship agreement with the club for the next three years and has extended the scope of the deal to become the official ‘Global Tyre Partner’.

Regional association started with India and the United Kingdom in August 2013 and was later extended to more than 100 countries. According to Apollo, the association has been “effective in raising the awareness of the Apollo brand across key markets including India, Middle East, South East Asia and Africa”. Multiple interventions around the key pillars of the business including advertising and consumer engagement, sales and CSR, has propelled the brand story of Apollo Tyres across multiple communication platforms.

CSR initiatives like creation of two ‘Go The Distance’ football pitches — made of recycled rubber — in India and the United Kingdom, and a week-long football camp held in India in conjunction with Manchester United Soccer Schools

Commenting on the extension of the partnership to a global one, Marco Paracciani, chief marketing officer, Apollo Tyres Ltd said: “The three-year association with Manchester United has supported our business expansion plans especially in India, Middle East, South East Asia and Africa. Our various campaigns have helped in connecting with the young people, increasing awareness of the brand Apollo and customer acquisitions in these regions. We believe that the global partnership will further help us position our brand and the products in the minds of the consumers across geographies, in addition to being visible to the 659 million fans of the club.”

Manchester United group managing director, Richard Arnold commented: “Over the past three years, we’ve been impressed with how Apollo has taken opportunities after they entered into partnership with us. They’ve also been able to see first-hand what can be achieved when working with us. That has included greater exposure of Apollo’s brand. “The range of consumers Apollo has been able to engage with has also increased as it has taken this partnership to more countries, and I’m delighted to say that today this journey has reached its natural conclusion with Apollo joining our family of global partners. We’re proud to have 659 million followers worldwide and look forward to working with Apollo Tyres to help further engage with our fan base.”