You are here: Home1 / News2 / Motorsport3 / All-British podium in GP3 at Monza

All-British podium in GP3 at Monza 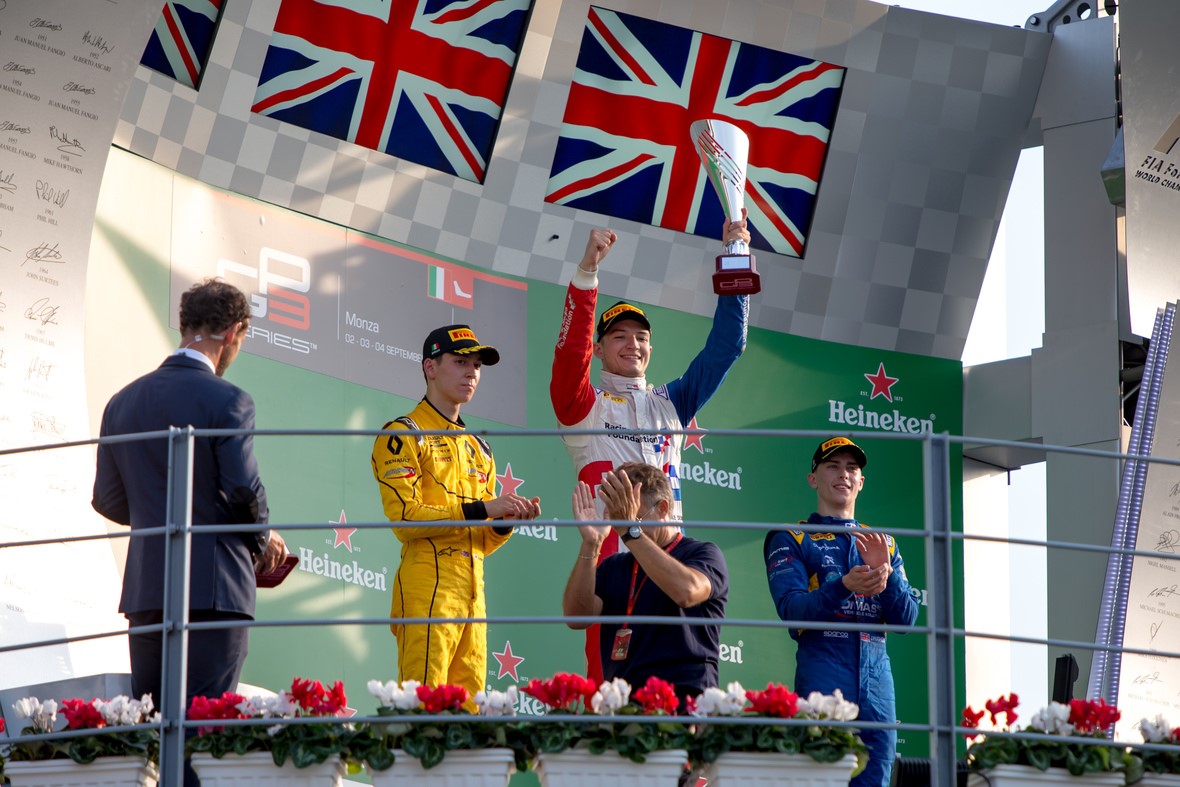 Jake Dennis claimed his maiden victory in the Pirelli-backed GP3 Series in the first race at Monza last weekend, with compatriots Jack Aitken and Jake Hughes joining him on an all-British podium.

Dennis had been pipped to pole position at the classic Italian circuit by championship leader Charles Leclerc, but was able to pass the Monaco driver for the lead after a few laps. One lap later, Dennis’ team-mate at the Arden squad Jack Aitken – fresh from his first win at Spa-Francorchamps a weekend earlier – moved past Leclerc to take second.

Hughes had started down in eighth place as the result of a grid penalty, but drove a fantastic race in his DAMS-run car on the championship’s Pirelli P Zero tyres to make it onto the podium for the third time this season.

Dennis and Aitken enjoyed strong races on Sunday too, climbing to fourth and fifth from row four on the reverse grid. Hughes lost out the start but recovered well to claim 10th.

Sixth in race one, Anglo-Thai driver Alex Albon kept up his title ambitions with second in race two and remains third in the standings. The four drivers under the British flag hold positions five to eight, with Dennis now ahead of Aitken, Matt Parry – who came ninth in race one at Monza – and Hughes.

Mosler and Radical wins at Snetterton on Pirelli tyres