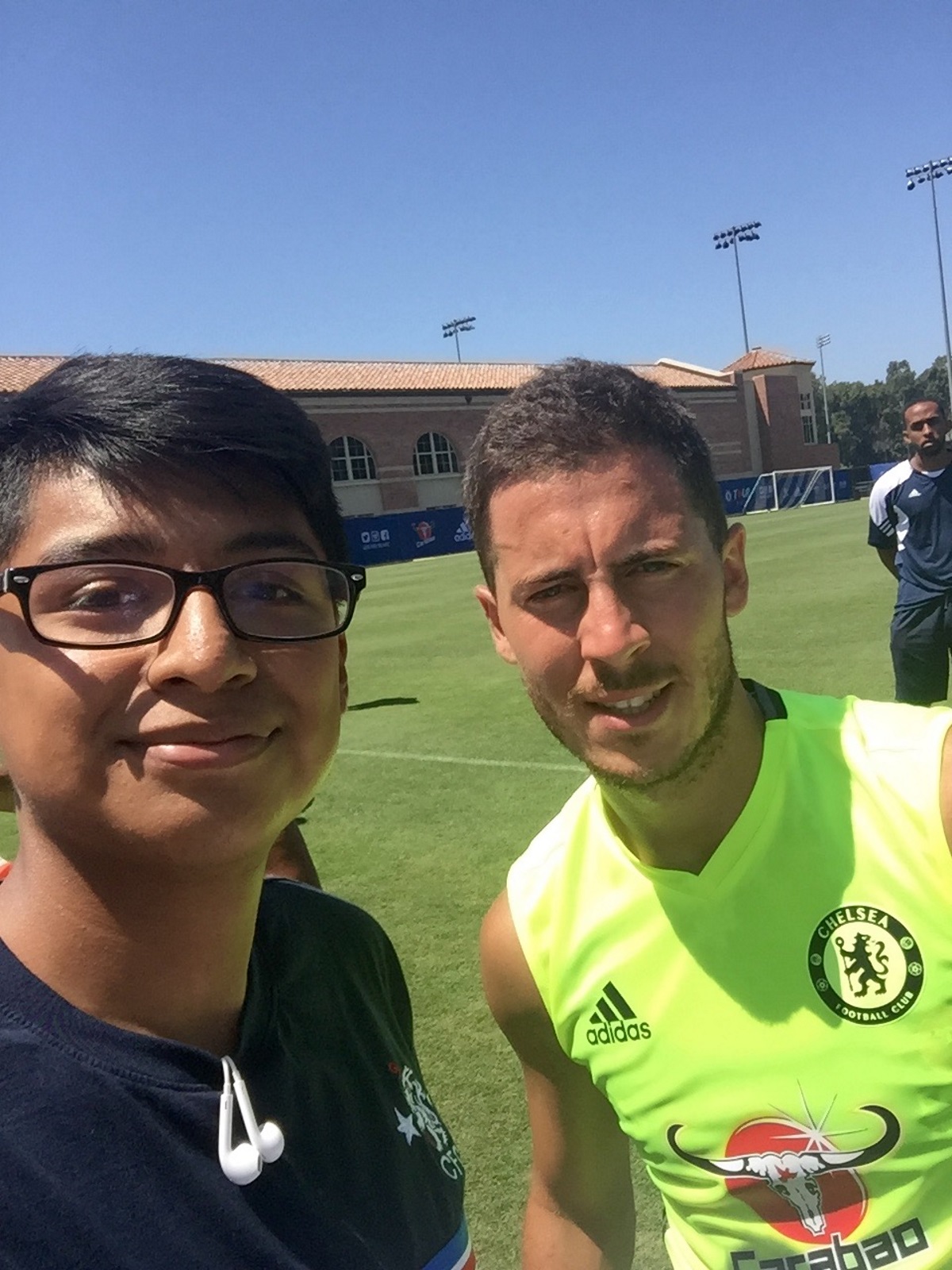 Yokohama Tire Corporation has found its “ultimate Chelsea FC fan”. Responding to the Yokohama True Blue Fan Challenge contest, Daniel E of Phoenix, Arizona put on his Chelsea beanie and shirt and started working on the winning entry. The tyre manufacturer, and Chelsea shirt sponsor, called his short video “creative” and “clever”, awarding it the top prize out of hundreds of entries: a trip to see Chelsea beat Liverpool 1-0 at the Rose Bowl in Pasadena on 27 July. The prize also included $1,000 in spending money, tickets, hotel, airfare and a 2016-2017 Chelsea FC jersey signed by the first team squad.

“It was a great time and a rare experience,” said Daniel, who lives in Phoenix, Arizona. “They even surprised me with an opportunity to attend the player training where I got to meet some of the players and it was a lot of fun. Thank you, Yokohama, for having the contest.”

“Daniel’s enthusiasm really did show us he’s a super true blue Chelsea fan,” said Alan Holtschneider, Yokohama director of marketing. “It was great to see so many fans enter and show us how passionate they are about the team. That’s what makes our partnership with Chelsea so rewarding.”