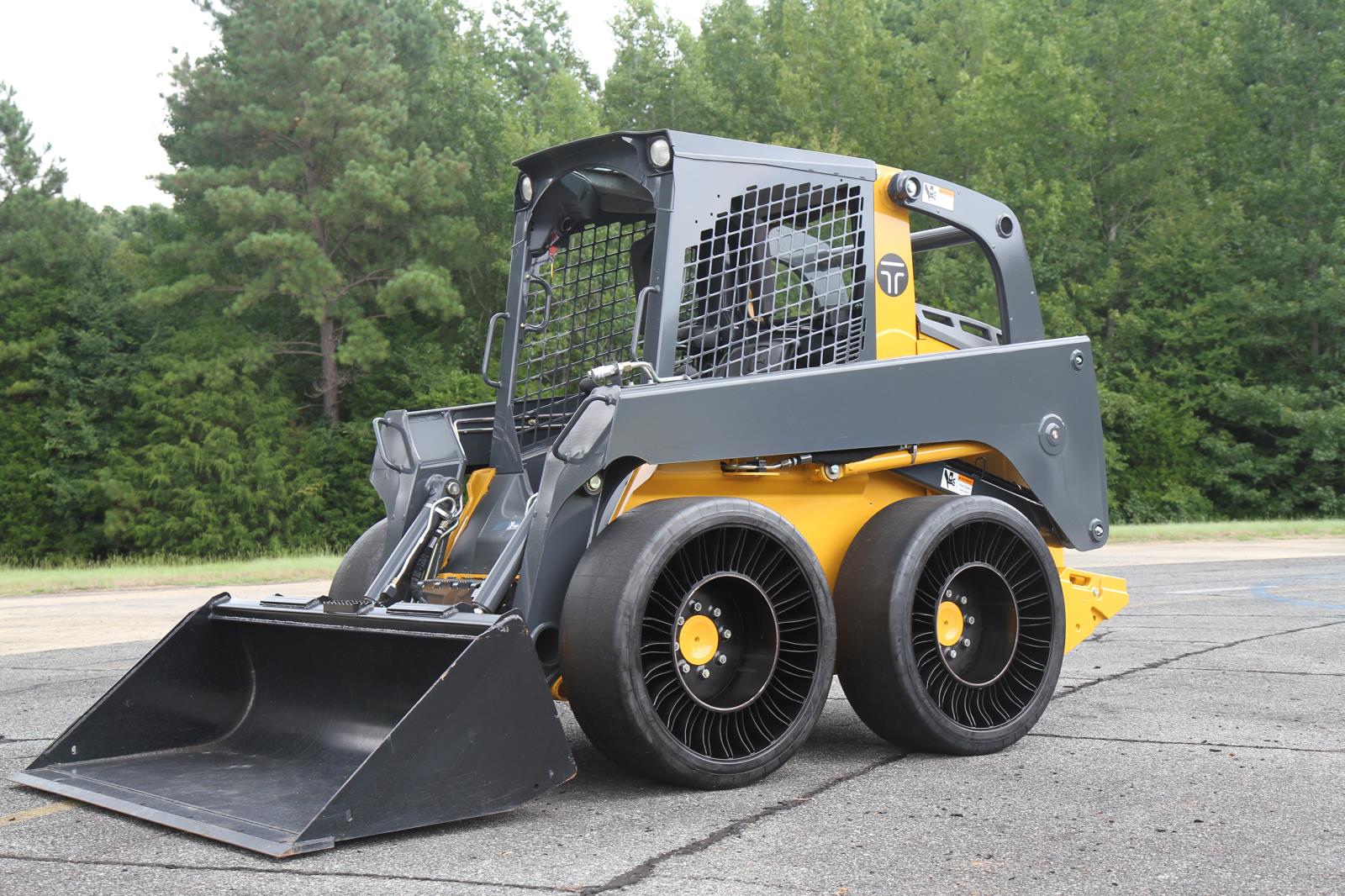 A facility dedicated to the production of the Tweel airless radial opened in the USA late in 2014, and Olivier Brauen, Michelin head of Michelin Tweel Technologies, states that now the site in Piedmont, South Carolina is fully operational, the company can respond to demand for these products. It has done so by increasing supply of its 12N16.5 X Tweel SSL Hard Surface tyres.

Originally introduced two years ago, albeit only in the North American market, the Tweel SSL Hard Surface is designed for operators, such as those in the construction, waste and material handling segments, that would benefit from a hard surface version of an airless radial skid steer tyre. The absence of air within the Tweel cuts out the maintenance associated with pneumatic tyres and thus reduces downtime. According to Michelin, the Tweel also offers better damage resistance, increased operator comfort, reduced operator fatigue and improved productivity and longer wear life than pneumatic tyres.

The 12N16.5 X TweelSSL Hard Surface has a smooth tread with a 100 per cent contact surface, which provides the maximum tread life for pavement applications. The X Tweel SSL is also available in an All Terrain version with a deep, open tread for off-road applications. The spokes on Tweel tyres are specially designed to enhance their endurance. In addition, the tyres have a deep underlying tread layer that allows the core outside tread to be retreaded numerous times.