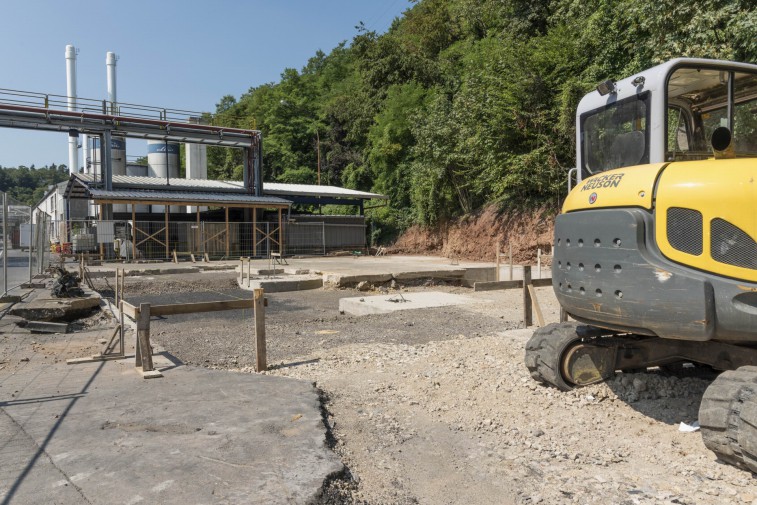 Goodyear Dunlop Tires Operations S.A. is investing more than two million euros in the replacement of the oil storage facility, or oil farm, and on other upgrades at its Colmar-Berg tyre factory in Luxembourg. Following two incidents leading to spills of low quantities of non-hazardous oil into the River Attert in April 2016, the company accelerated its investment programme and has carried out preventive measures.

First, the company made an immediate decision to bring forward the schedule for the creation of a state-of-the-art oil farm. This was followed by works to upgrade underground pipes such as storm lines in order to measure the presence of hydrocarbons, including oil, in the water exiting the plant and fully contain any non-water particles at source. Finally, Goodyear has initiated plans to install a ‘scum baffle’, a control mechanism between the plant and the river that surface skims the water flowing from the canal to the river.

“Since April, we have made huge progress on this three-point prevention approach. We’re investing more than €2 million,” said John Ries, director of manufacturing at Goodyear Luxembourg. “Not only could we address areas where the need for an upgrade was already known, like the storm lines, but we could also implement sizeable improvements concerning our process oil handling and storage. This will allow us to run a new oil farm much earlier than anticipated.”

Ries underlined that despite new tanks being installed, the existing retention basin has also been triple sealed to avoid any further spill. “These tanks and the retention basin will be dismantled as soon as the new tanks become operational. A combination of the new oil farm, storm lines and scum baffle will guarantee that incidents of this kind should not happen in future.”

Goodyear uses process oil in its rubber mixing operation to produce compounds required for tyre manufacture. This process oil is stored in an area called the oil farm.