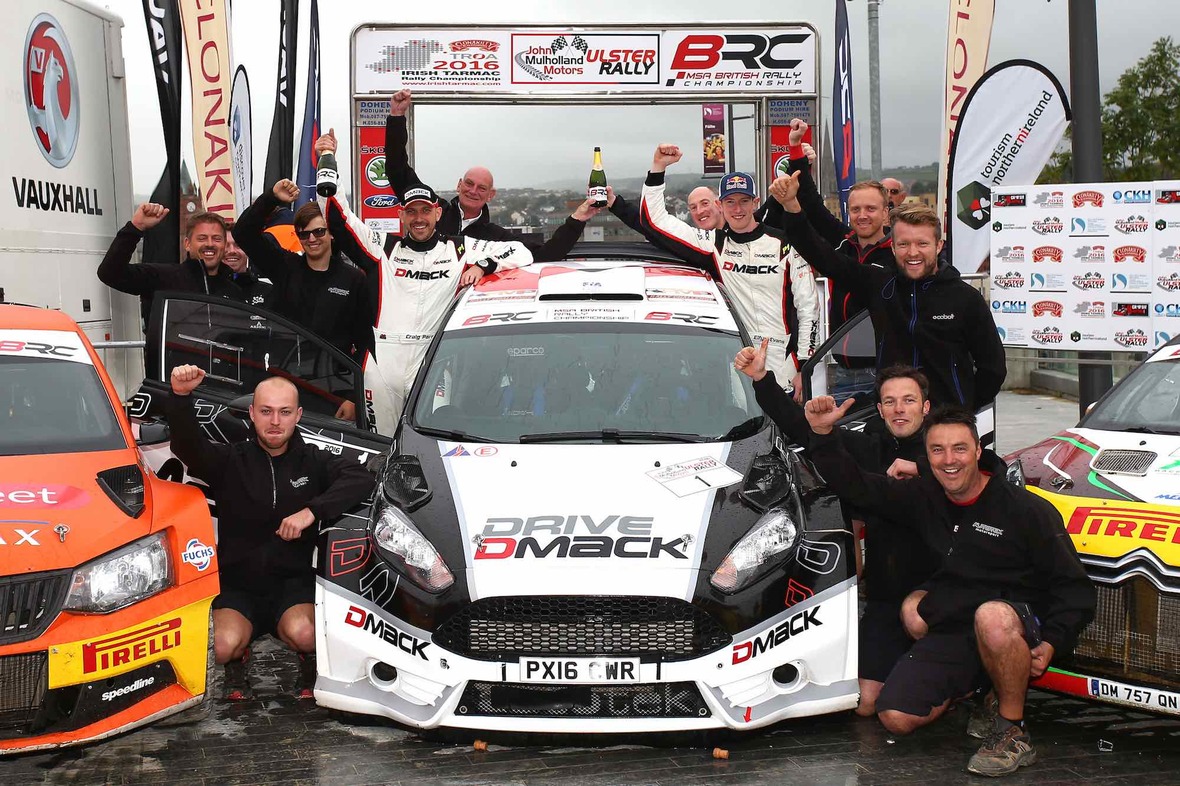 Dmack drivers Elfyn Evans and Craig Parry were crowned 2016 MSA British Rally champions after sealing their fourth overall victory on a difficult Ulster Rally. It was the Welsh pair’s fourth overall rally win from five finishes, moving them into an unbeatable position in the series with one round still remaining. Evans, from Dolgellau in mid-Wales, followed in the footsteps of his father Gwyndaf – who won the British Rally Championship exactly 20 years ago. Using Dmack’s range of recently launched tarmac rally tyres, he and Parry finished over a minute ahead of the competition after winning half of the 14 demanding special stages.