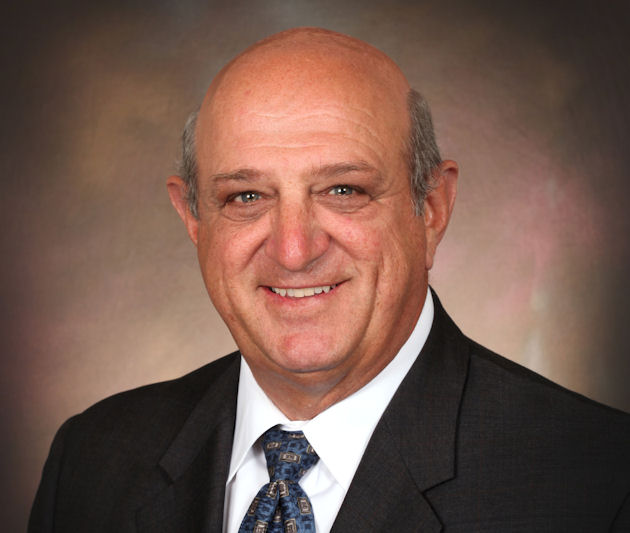 Roy Armes has reported Cooper Tire’s quarterly figures for the final time; he retires as head of the company at the end of this month

Cooper Tire & Rubber Company has reported second quarter 2016 net income of US$71 million, an 18.3 per cent year-on-year increase on the net income achieved a year ago. Commenting on the tyre maker’s Q2 2016 result, chairman, chief executive officer and president Roy Armes noted that “Cooper closed the first half of 2016 with another outstanding quarter.”

Net sales for the three months to 30 June amounted to $740 million, a decrease of 1.5 per cent compared with the second quarter of 2015. The second quarter result includes $7 million of higher unit volume (volumes were up 0.9 per cent year-on-year), with decreases in the company’s Americas segment partially offset by increases in the International segment. The increase in unit volume was more than offset by $11 million of negative currency impact and $8 million of unfavourable price and mix, primarily due to net price reductions related to lower raw material costs.

Operating profit totalled $110 million in the second quarter of 2016, 11.1 per cent more than in the same period last year. The increase in operating profit was driven by $23 million of favourable raw material costs, net of price and mix, $2 million of higher unit volume, and $1 million of lower other costs. These benefits were partially offset by $10 million of unfavourable SG&A expense and $5 million of higher manufacturing costs. Higher manufacturing costs were concentrated in Cooper Tire’s Americas segment and were primarily related to the greater complexity of manufacturing tyres that sell at higher prices and with higher margins.

Net sales declined by 2.7 per cent year-on-year in Cooper Tire’s Americas segment, and amounted to $655 million in the reporting period. The tyre maker attributes this decrease to $12 million of lower unit volume, $5 million of negative foreign currency impact and $1 million of unfavourable price and mix. Unit shipments of tyres were 1.8 per cent lower than during the corresponding quarter of last year, with an increase in unit volume in Latin America more than offset by lower unit volume in North America. Cooper’s total light vehicle tyre shipments in the United States decreased 3.4 per cent during the quarter due primarily to a decline in private label shipments. This decline was in line with that reported by the Rubber Manufacturers Association (RMA); member shipments in the United States were down 3.5 per cent. Total industry shipments (including an estimate for non-RMA members) decreased 3.9 per cent for the period. Cooper’s commercial vehicle tyre shipments for the United States rose 23.7 per cent during the second quarter, outperforming the performance observed by both the industry and the RMA.

Second quarter operating profit for the Americas segment came to $116 million, or 17.7 per cent of net sales, compared with $109 million, or 16.1 per cent of net sales, in the second quarter of 2015. The higher operating profit primarily reflected $23 million of favourable raw material costs, net of price and mix, which was partially offset by $7 million of unfavourable SG&A costs, $6 million of unfavourable manufacturing costs, and $3 million due to lower unit volume.

Second quarter net sales in Cooper Tire’s International segment declined 0.9 per cent as a result of $5 million of negative foreign currency impact and $1 million of unfavourable price and mix, which was partially offset by $5 million from higher unit volume. International segment unit volume was up 2.5 per cent, driven by increased sales of original equipment and aftermarket tyres in China.

“We achieved record-setting second quarter operating margin, building upon the strong results we delivered in the first quarter,” stated Roy Armes. “The Americas segment posted another terrific quarter, generating operating margin of more than 17 per cent. Our International segment performed better than expected, moving from a loss to delivering an operating profit for the period. Cooper continues to execute on our strategy to deliver shareholder value, including returning cash to shareholders through our quarterly dividend and share repurchases, which totalled more than $29 million during the second quarter.”

For the full year, management at Cooper Tire expect unit volume growth in each of the company’s segments, with total company operating margin, excluding the impact of acquisitions and non-cash pension settlement charges, “modestly above” 2015 levels. Cooper notes that this projection includes an estimate for the impact of the pending truck and bus radial tyre tariffs, something that was not included in its previous margin outlook.

“The Cooper business model continues to provide a solid foundation for growth,” comments Armes. “Looking ahead, while we expect that the benefit of lower raw material costs will moderate, and global markets will become more competitive in the back half of this year, we look forward to a strong second half and full year 2016. We are encouraged by the performance of our International segment, which continues to deliver volume growth and is expected to be profitable for the full year 2016. Overall, our strong first half performance makes us even more optimistic that our full year 2016 margins will be higher than where we ended 2015.

Referring to his impending retirement, Armes added: “I leave Cooper highly optimistic about the future with a great strategic plan in place that Brad Hughes, who takes the helm as president and CEO on September 1, was instrumental in developing. I have no doubt that Brad will lead with great energy, expertise, and a commitment to the long-term success of all Cooper stakeholders.

“As my retirement will be effective August 31, this is the final quarter I will report on behalf of Cooper. It has been my honour to lead such a talented and committed team in transforming the Cooper business model to deliver outstanding results quarter after quarter, positioning the company for long-term success,” the chairman, chief executive officer and president concluded.