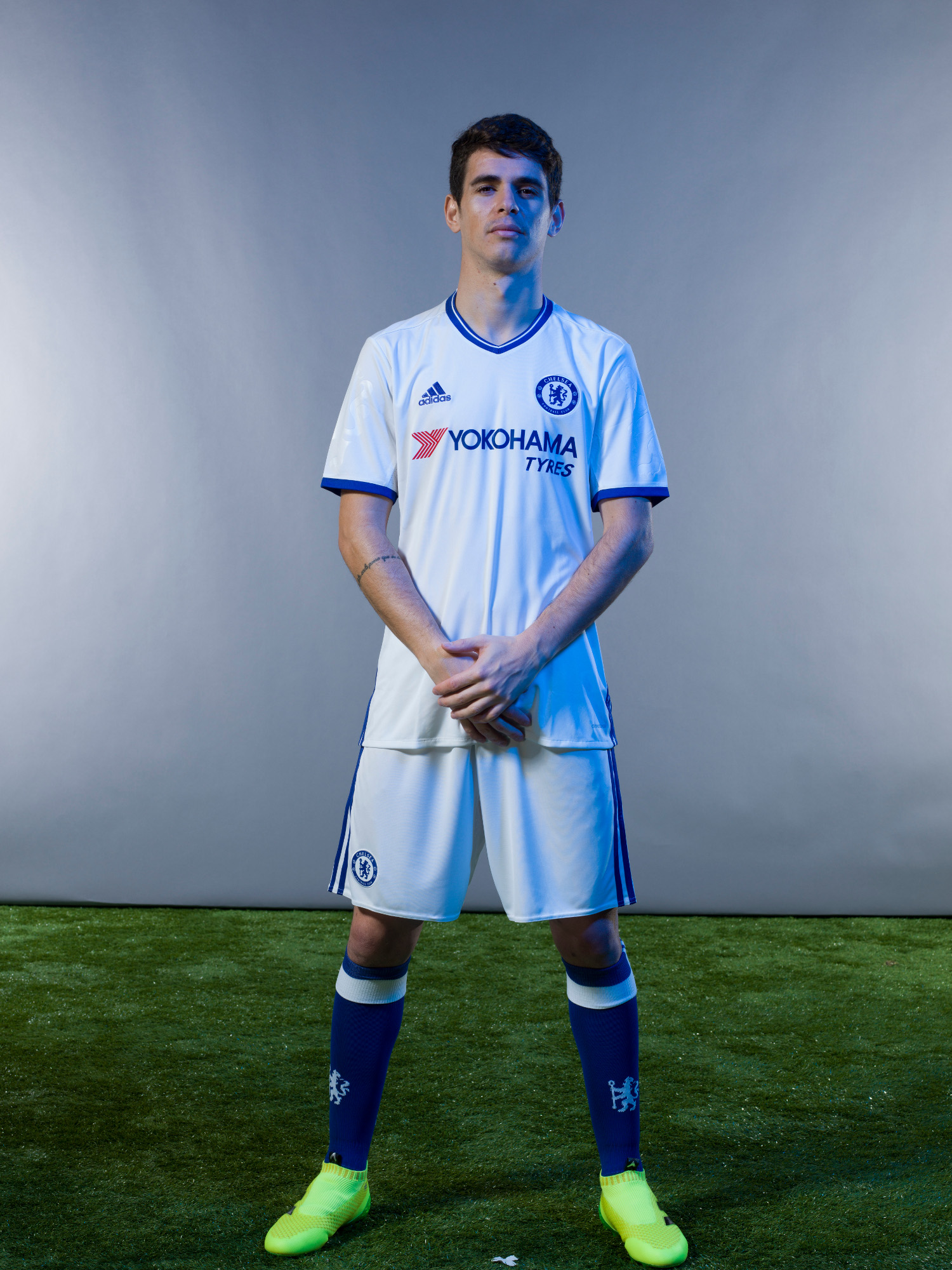 Chelsea FC has unveiled its new third kit for the 2016/17 season, following the recent introduction of this season’s home and away shirts. All three shirts feature Yokohama Tyres branding, after the Japanese tyre-maker signed what is thought to be the second most valuable shirt sponsorship deal in English football. As official shirt partner to Chelsea, Yokohama will appear across the chest of all of the club’s shirts until at least 2020, giving the brand significant exposure and awareness around the world.

In addition to Yokohama’s prominent logo, the all-white strip features the new Premier League logo on the sleeve with an embossed effect, two colour crests and a tailored ‘Chelsea FC’ collar tape.

The white colour scheme has been a regular feature of Chelsea’s change kits since the club’s inception in 1905. It was used during some of the club’s biggest on-pitch successes including its winning run in the 2012 UEFA Champions League, 2013 UEFA Europa League, as well as a host of domestic League and Cup honours.

“We’re very much looking forward to the season in partnership with Chelsea FC,” comments David Seward, managing director, Yokohama HPT Ltd. “The club is one of the biggest in global football and we are extremely proud that the name Yokohama is so prominent on the new shirts.”

The shirt is available to order now from Chelsea’s website.