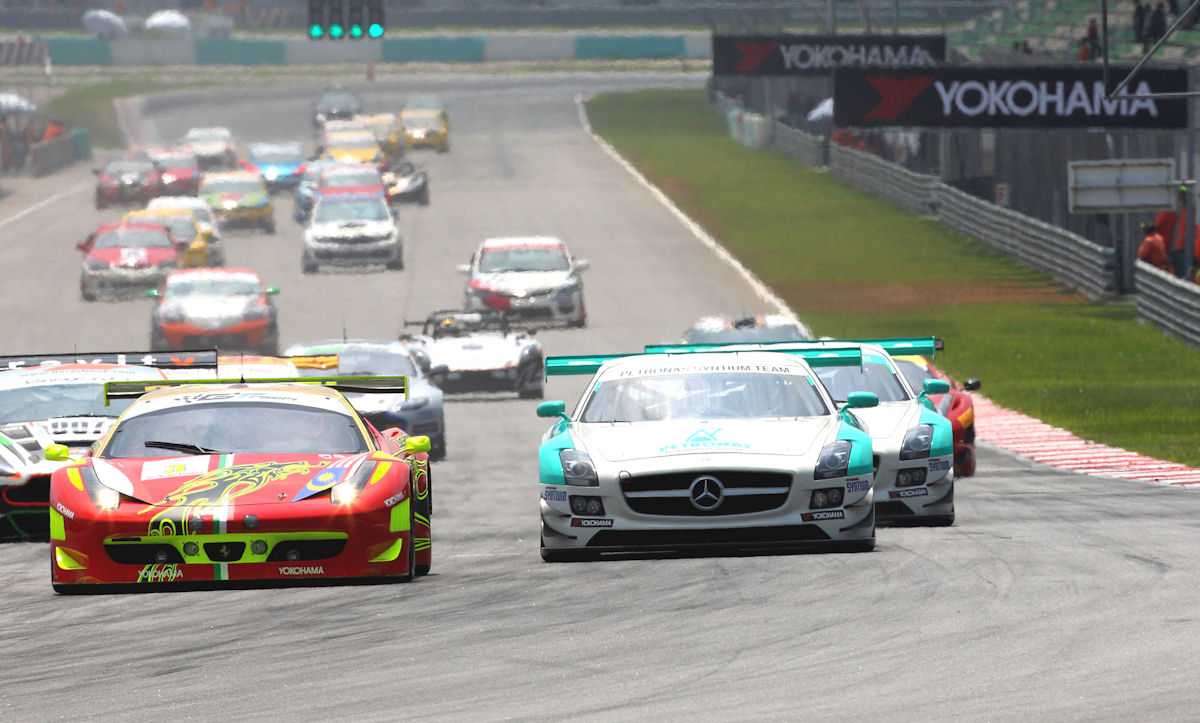 As of this year, the Sepang 12 Hours race in Malaysia will run on control tyres supplied by a single manufacturer, and Yokohama Rubber has been selected for this role. All competitors will take to the circuit in vehicles fitted with the Yokohama Advan A005 race tyre or, depending on conditions, the Advan A006 wet weather tyre.

While participating racing teams were free to choose from tyres supplied by several designated manufacturers in previous years, cars running on Yokohama tyres have captured the overall championship five years in a row since 2011. “Yokohama Rubber’s selection as the sole tyre supplier for this year’s race reflects the race organisers’ high evaluation of the performance of Yokohama tyres, not just at previous Sepang 12 Hours races but also at top-class races around the world, including the FIA World Touring Car Championship,” writes Yokohama Rubber in a statement.

The Sepang 12 Hours was known as the Malaysia Merdeka Endurance Race until 2013. The race has taken on a more international flavour in recent years, as teams from Europe have joined those from Southeast Asian countries, such as Malaysia and Thailand, and East Asian countries, such as Japan, China and Taiwan, and Australia in vying for positions on the winners’ podium. A wide range of machines in several racing car categories, from sports cars to low-exhaust touring cars, compete in the Sepang 12 Hours, with the top category being FIA-GT3 machines. From this year, Super GT GT300 class machines will also be allowed to participate, raising expectations for an even more exciting race.