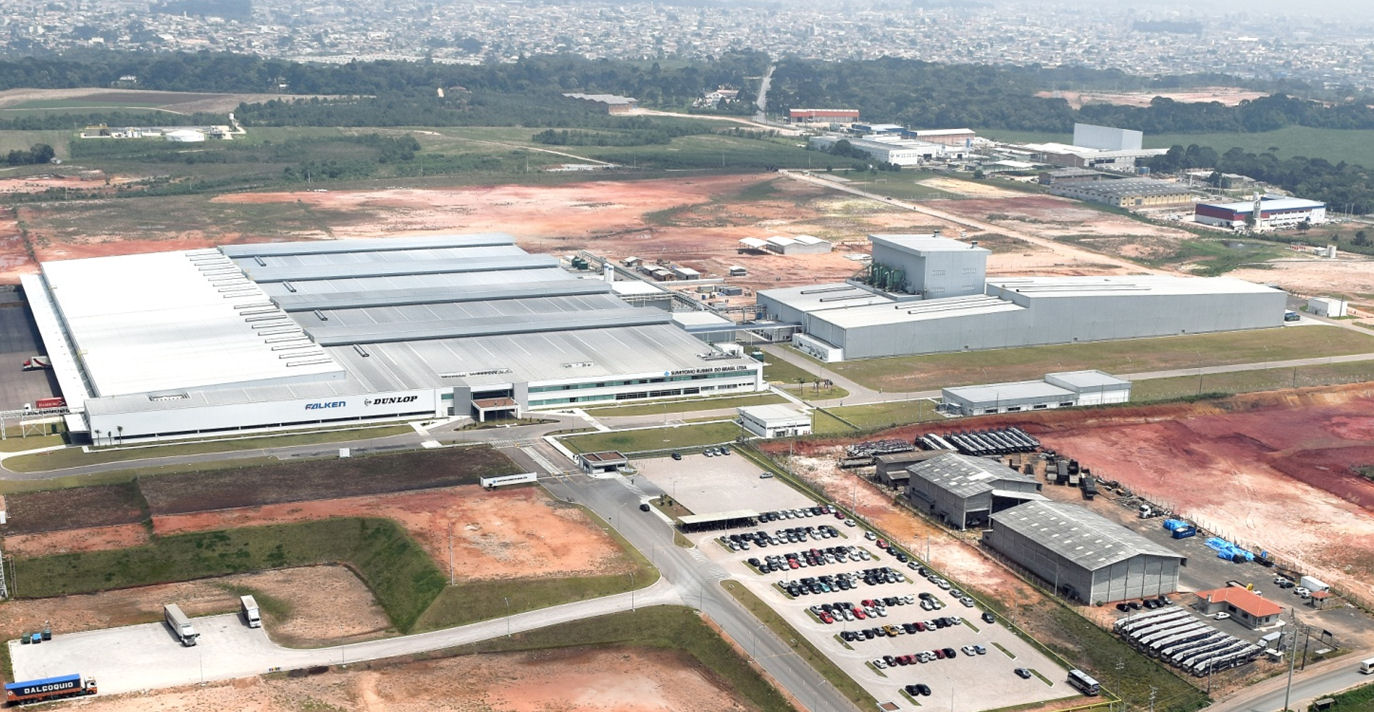 As reported yesterday, Japan’s Sumitomo Rubber Industries, Ltd. is investing 312 million real (£73.0 million) to add a truck and bus tyre manufacturing capability to its site in Fazenda Rio Grande, Paraná state, in order to furnish the Brazilian market with a steady supply of locally-made products. The investment will cover the cost of erecting a new 13,400 square metre premises adjacent to the existing passenger car and truck tyre manufacturing facility, which entered operation in October 2013, as well as the purchase and installation of new production equipment at a cost of 208 million real.

A March 2019 start to truck and bus tyre manufacture is scheduled, and the initial capacity will be 500 tyres per day. According to information published by the Paraná state government, the project will directly create around 160 new jobs by the end of 2020, and a total of some 600 direct and indirect jobs. The investment is being supported by the Paraná state government through the ‘Paraná Competitivo’ tax incentive programme.

The truck tyre manufacturing facility will use Sumitomo Rubber Industries’ Sun, or Taiyo system of production, a highly automated method first introduced for car tyre production in 1996. The Sun system increases tyre uniformity and minimises weight. This is the first time that the Sun technology and system is being used to produce truck tyres.

The company’s Brazilian subsidiary, Sumitomo Rubber do Brasil Ltda, currently meets local demand for truck and bus tyres with imported products. Sumitomo expects demand within this segment in Brazil to rise by around two per cent a year for the foreseeable future, and to secure a share of this ongoing growth without exposing itself to currency-related cost and pricing fluctuations, Sumitomo has decided to move away from a total reliance upon imports.

As of 31 December 2015, 1,271 people worked at the passenger car and light truck tyre factory, and at that date capacity for these products in Fazenda Rio Grande stood at 15,000 pieces a day. The facility manufactures car tyres under the Dunlop brand name; sales of these products in Brazil grew 62 per cent year-on-year in 2015, and the Dunlop brand now holds a ten per cent share of Brazil’s replacement passenger car tyre market. The Fazenda Rio Grande factory also supplies original equipment tyres to Toyota, Volkswagen and Fiat Chrysler Automobiles. Sumitomo Rubber Industries intends to increase the plant’s capacity for these products, and has announced its intention to invest 175 million real (£40.9 million) to raise passenger car and light truck tyre capacity to 18,000 tyres a day by the end of 2019.