TÜV Süd: Semi-slick tyres have “no place” on public roads 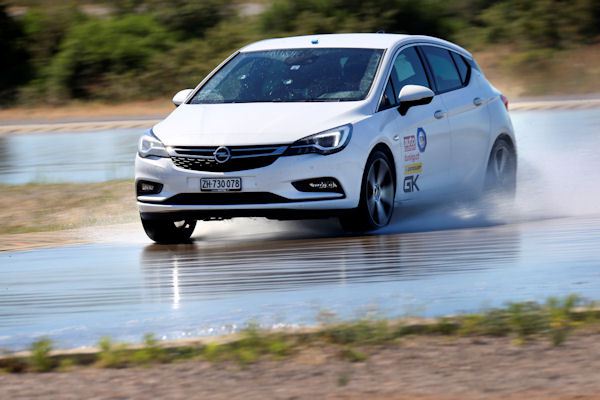 Due to their performance in the wet, TÜV Süd experts don’t recommend semi-slicks as on-road tyres

Semi-slick tyres are unsuitable for road use, state the team behind a comparative test published by Swiss magazine Auto Illustrierte. An evaluation between standard, ultra-high performance and semi-slick tyres conducted at the Goodyear proving ground in Mireval, France showed the racing tyres take much longer to stop on wet road surfaces than their more conventional counterparts. Specialists from TÜV Süd supported the Auto Illustrierte testing and evaluated the results as a neutral partner.

“Semi-slicks are unsuitable for normal traffic as moisture can lurk anywhere on the road,” comments Thomas Salzinger, head of the tyre team at TÜV Süd. Weight is added to his comment by the results recorded by Auto Illustrierte; in 80 to 20 km/h braking tests conducted on a wet surface, the standard and UHP tyres performed significantly better than the racing tyre. The 200PS Opel Astra turbo test vehicle arrived at 20 km/h after 26 metres when fitted with conventional tyres, while on semi-slicks was still travelling at 34 km/h when it reached this distance; the semi-slick car covered 31.6 metres before nudging the 20 km/h mark. Wet cornering grip, measured on a steady state circular course, also highlighted the semi-slick tyres’ questionable wet performance.

TÜV Süd notes that, as expected, the semi-slick tyre showed its strengths on dry road surfaces: It came up trumps when braking from 100km/h to a complete standstill – the car fitted with the racing tyres stopped after 32.5 metres, while same-brand conventional tyres required an additional four metres. An impressive result, however Thomas Salzinger still doesn’t recommend semi-slicks as a sporting on-road option: “Despite the outstanding strong points shown by semi-slicks on dry and clean test tracks, wet and dirty patches can suddenly be encountered on public roads, for example in forests. Showers and heat thunderstorms can even suddenly and unexpectedly alter road conditions in summer. Both situations can place drivers of cars fitted with semi-slicks in a dangerous position. In my expert opinion, such tyres – even those certified for on-road use – belong on the racetrack, where their advantages can be fully exploited. A short run from the garage at home to a track day event may, with the appropriate diligence and foresight, be alright, however these tyres have no place being used in day-to-day public traffic.”

According to TÜV Süd, the tyres evaluated for Auto Illustrierte were a semi-slick Dunlop Direzza 03 G, the Dunlop Sportmaxx RT2 UHP tyre and the Dunlop Blu-Response. In addition to wet and dry braking and circular track testing, the Swiss publication also measured in-car noise. Testing was carried out with 30° Celsius air and 50⁰ Celsius asphalt temperatures. Detailed results are being released today in the latest issue of Auto Illustrierte.