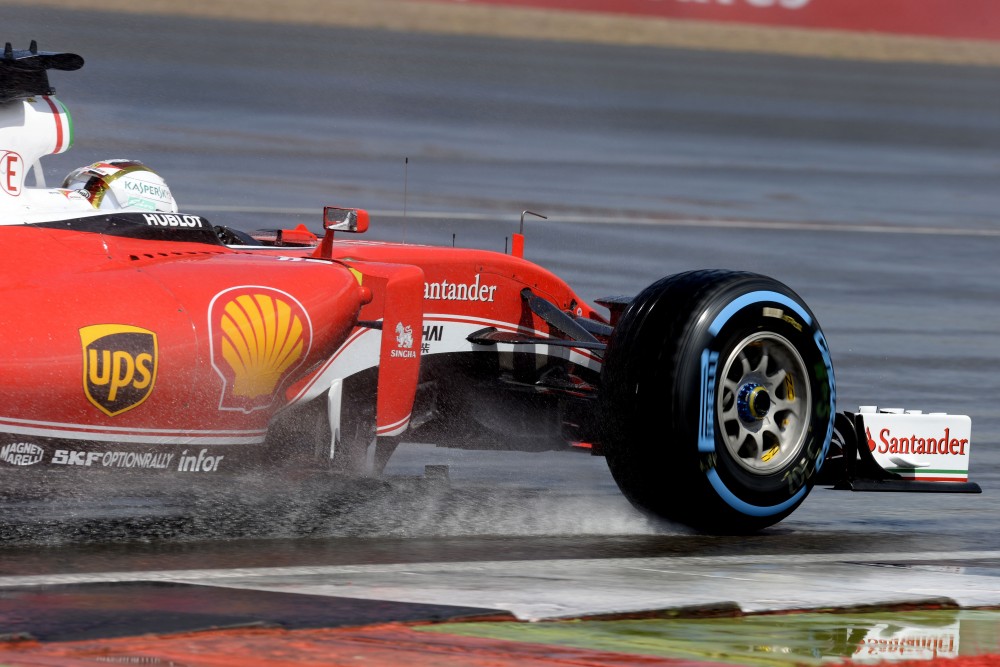 Any tyre strategies planned ahead of the British grand prix at Silverstone were forced to be reconsidered after a torrential rain shower forced the entire grid to start the race behind a safety car on Pirelli’s Cinturato Blue full wet tyre. Mercedes driver Lewis Hamilton won for the fourth time at home using three different Pirelli tyre compounds. When the safety car came in after five laps, a number of drivers went straight onto the Cinturato Green intermediate, while the leaders took advantage of a virtual safety car to switch to the intermediate shortly afterwards.

The crossover point – where it becomes quicker to move onto slick tyres rather than stay on inters – was chosen by most teams from lap 15 (when Ferrari’s Sebastian Vettel was the first to pit) to lap 18 of 52. The timing of the pit stops became crucial, because of the potential to gain plenty of time through being on exactly the right tyre at the right time. With the race having started in wet conditions, there was no longer the obligation to run at least two slick compounds.

Unusually, by the halfway point of the race, all the drivers still running chose exactly the same pattern of tyre usage: wet, intermediate, then medium. Most drivers ran on the medium all the way to the end, making it a two-stop race. This strategy was adopted by the top 10 finishers, with around 10 seconds separating the top three all the way to the finish. The highest-placed three-stopper was Williams driver Felipe Massa, who made a late stop for the soft tyre.

Paul Hembery, Pirelli motorsport director: “The long-threatened rain finally materialised just before the race start, which clearly altered the complexion of the race and tyre strategy entirely, especially as there was then a lengthy safety car period. As a result we had a drying track with all the drivers moving progressively from wet to intermediate to slick: the timing of these stops being crucial. There was a close battle for the top positions all the way to the finish of a race that demonstrated every variety of conditions and weather that Britain is renowned for, but the drivers were able to push all the way to the chequered flag.”

Pirelli’s predictions for the race had been undermined by the weather. The manufacturer stated: “The rain meant that strategy predictions went out of the window and drivers had to react to changing track conditions as the surface dried out. Hamilton led from the start and stopped on lap seven for intermediates, then lap 17 for medium slicks.”