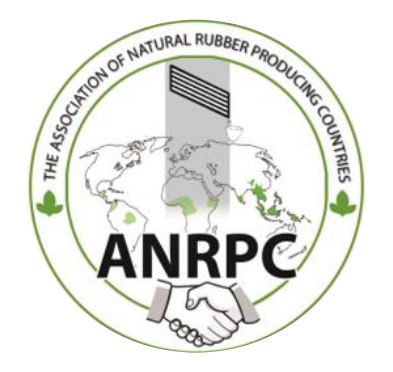 The Association of Natural Rubber Producing Countries (ANRPC) reports that although the rubber yielding area in the countries it represents has considerably expanded this year (until the end of May 2016), this is unlikely to impact on rubber supplies as the average yield per hectare is declining. Furthermore, the ANRPC anticipates that demand for natural rubber will remain weak due to prevailing global economic uncertainties, including the threat of further US anti-dumping and countervailing duties, a measure likely to affect demand from China.

ANRPC member countries – Cambodia, China, India, Indonesia, Malaysia, Papua New Guinea, the Philippines, Singapore, Sri Lanka, Thailand and Vietnam – produced a total quantity of 4.08 million tonnes of natural rubber during the five months ending 31 May 2016, up 0.3 per cent from the same period a year ago (according to actual figures up to March and preliminary data for April and May). This growth was very slight when considering that the yielding area has expanded by 257,000 hectares (to 8,927,000 hectares) since the end of 2015.

Thailand accounted for 36 per cent of global output and the country’s supply during the first five months of the year increased 3.7 per cent year-on-year, with its yield area expanding by 150,000 hectares since last year. Indonesia was the second-largest producer and contributed to 26 per cent of the global natural rubber supply, a year-on-year increase of 0.3 per cent. And while Vietnam, the world’s third largest producer, increased its output by 8.1 per cent year-on-year, average yield declined as an additional 24,700 hectare tapped area became available. Production in the remaining member countries declined year-on-year in the first five months of 2016 (see table 1).

The period from January to May usually accounts for about 35 per cent of the year’s global supply. The remaining 65 per cent is produced during the seven months from June to December, and therefore the anticipated trends from June onwards are crucial in determining total supply for the whole year. Based on forecasts of monthly production available from respective countries, the ANRPC expects only a meagre growth in supply for the period from June to August. For the eight months from January to August 2016, production is anticipated to reach 6.956 million tonnes, up 0.5 per cent from the same period in the previous year. The ANRPC has revised its outlook on supply for 2016 for all member countries, which together account for 90 per cent of total global supply, on the basis of actual figures available up to March, preliminary estimates for April to May, and the forecasts for June to December. The revised outlook suggests that total supply could grow at a much slower rate of 0.3 per cent during 2016 compared to the growth of 0.8 per cent registered in 2015 and 5.0 per cent attained in 2014. Total anticipated natural rubber supply for 2016 is 11.075 million tonnes as against 11.042 million tonnes in 2015 (see table 2).

In total, an estimated 3.644 million tonnes of natural rubber was exported from ANRPC member countries during the period from January to May 2016, up 3.2 per cent from the same period in the previous year. Exports during the period from Thailand and Indonesia – the two countries that together account for nearly 65 per cent of global natural rubber exports – respectively experienced increases of 4.2 and 4.0 per cent. Other exporting countries experienced a year-on-year drop in exports (see table 3).

Natural rubber prices entered into another bearish phase in late April 2016, confirming the temporary nature of the recovery seen since the end of March 2016. In addition to the weak demand-supply fundamentals, a set of non-fundamental factors are working against stronger prices for natural rubber. The ANRPC states that uncertainties in the outlook for crude oil and currency weakness amongst major natural rubber export countries, particularly the Indonesian rupiah and Malaysian ringgit, are pushing down on market sentiment.

One encouraging trend in the midst of these uncertainties is the accelerated growth of domestic natural rubber consumption in major natural rubber exporting countries, a trend occurring thanks to the initiatives taken by respective national governments to promote investments and value-addition in downstream rubber manufacturing. Total natural rubber consumption in ANRPC member countries rose by 5.7 per cent, year-on-year between January and May 2016, to 3.313 million tonnes. Consumption in China, a country accounting for 39 per cent of global demand, increased 4.0 per cent on year to 2.011 million tonnes during the five months ending May 2016. In India, which accounts for eight per cent of global demand for natural rubber, is estimated to have experiences a 1.1 per cent growth in consumption, to 423,000 tonnes, during the same period (see table 4).

Summing up the market situation in the first half of June 2016, the ANRPC states that natural rubber “lack solid support from demand-supply fundamentals or non-fundamental factors, at least for the next three months.”