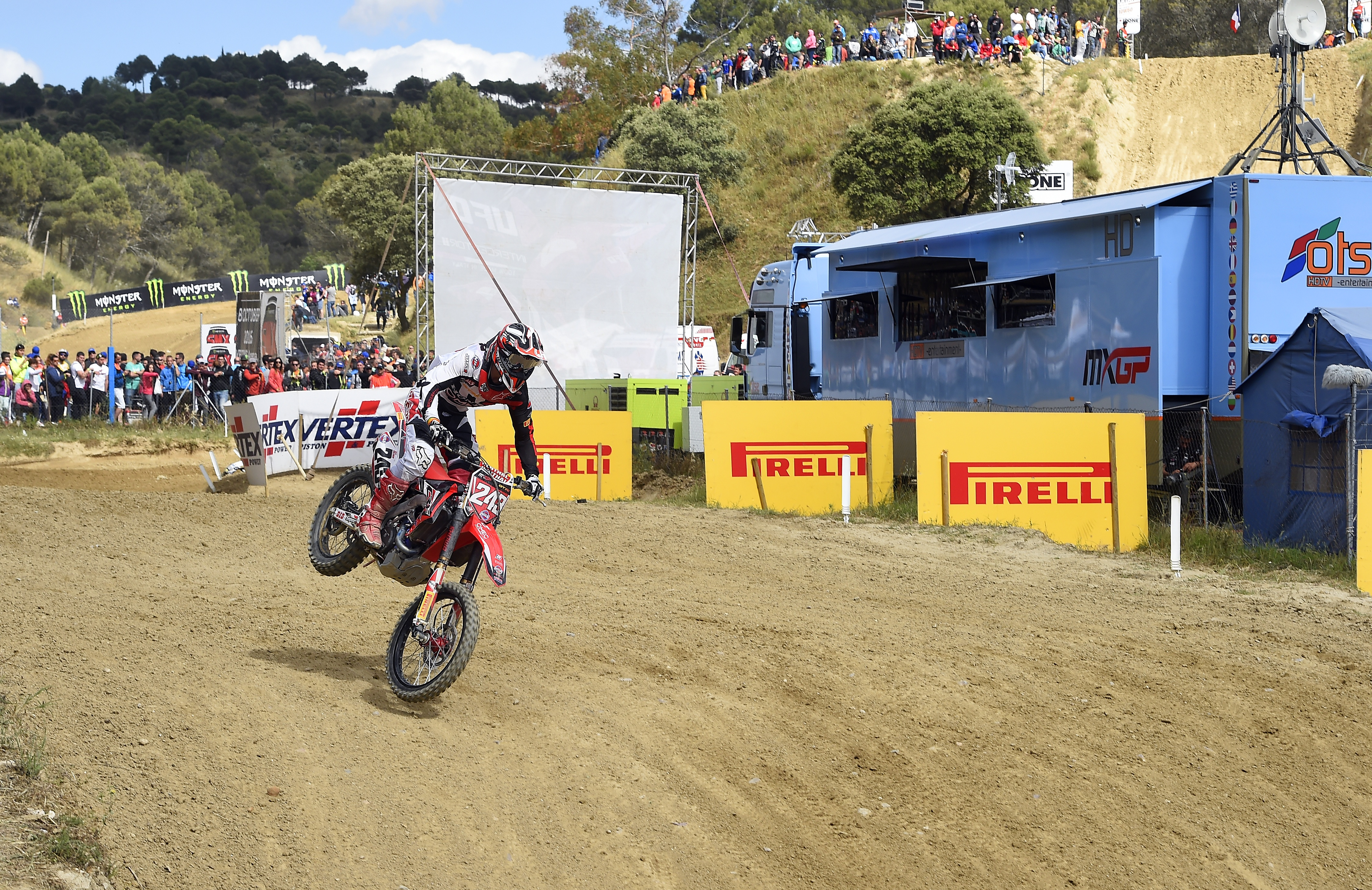 Pirelli celebrated victory in both principal categories in the Spanish round of the 2016 FIM Motocross World Championship, continuing its streak since the start of the season. The Cerro Negro circuit in Talavera de la Reina hosted the grand prix of Spain at the halfway mark, the ninth round out of eighteen. The Spanish track is characterized by hard-packed soil and a tight layout that makes it tricky for overtaking.

Tim Gajser dominated the MXGP class for a fifth overall victory. The Slovenian was the fastest in practice and won the Saturday qualification heat. Gajser, equipped with Scorpion MX32 80/100-21 on the front, was the only rider to prefer the Scorpion MX32 120/90-19 on the rear, which allowed him to make the most of the power of his CRF450RW and win both races on Sunday comprehensively. Thanks to this result Gajser has consolidated his lead in the Championship. Second place belonged to Max Nagl who used the Scorpion MX32 110/90-19 rear and, like Antonio Cairoli, the brand new Scorpion MX32 Pro 80/100-21 front, which confirmed its potential in Talavera. Romain Febvre completed a heroic race in dealing with a nasty blow to the left arm sustained in qualifying, fighting to finish the Grand Prix in sixth place.

Jeffrey Herlings took overall victory in MX2. The Dutch rider was able to count on the sterling performance of Scorpion MX32 110/90-19 rear and Scorpion MX32 80/100-21 front to claim both races and bring his advantage to 122 points over the first of his pursuers in the championship. Using the same tyres as the winner was Pauls Jonass, who grabbed third position overall due to his second moto classification despite having scored the same points as the runner-up. A good fourth place was owned by Dylan Ferrandis, who won the qualification heat and grabbed a strong second spot in race one but made some mistakes in the second moto and slipped out of podium contention.

In the third round of the EMX125 series KTM-DeCarli’s team rider Gianluca Facchetti took his first victory in the championship on Pirelli tyres.