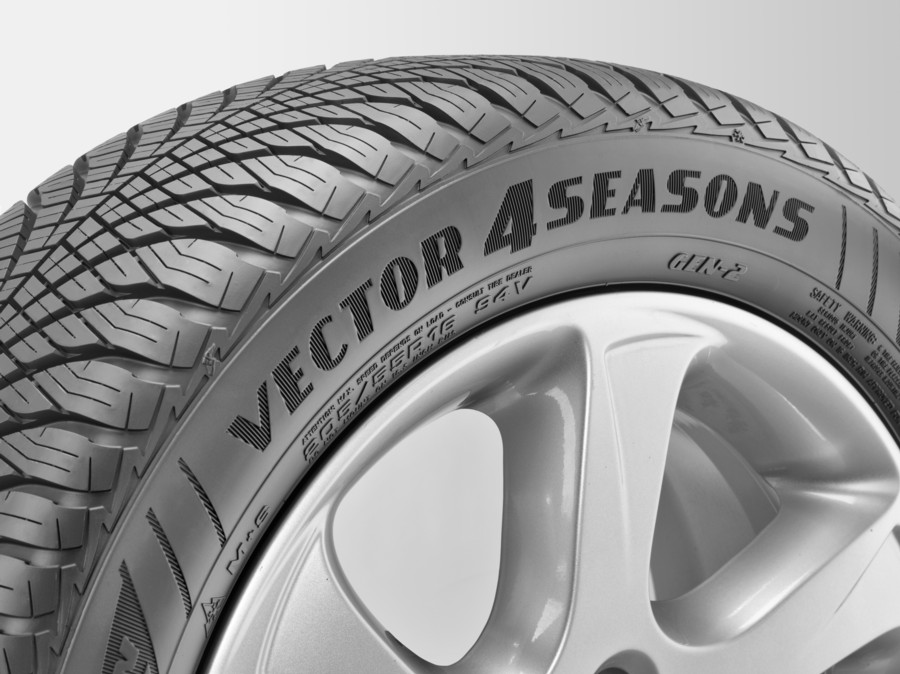 Goodyear’s all-season Vector 4Seasons Generation-2 tyre has been awarded the test win in German automotive magazine Gute Fahrt. Receiving high wet and dry grip marks, the tyre was the only tested model to claim the magazine’s “Sehr Gut-“ (Very Good-) ranking. As of April 2016, the tyre’s fitment portfolio has been extended to SUV sizes, as the manufacturer seeks to harness demand for all-season products in the quickest growing market segment.

“We are very proud to be Gute Fahrt’s test winner,” says Alexis Bortoluzzi, Goodyear’s marketing director consumer EMEA. “We have poured our 30 years’ worth of all-season market experience into our tyre to take its performance to the next level. As a pioneer in this segment, we are well-determined to remain “unbeatable”, to quote Gute Fahrt.”

The Vector 4Seasons Generation-2 scored particularly high marks in wet and dry grip, steering angle, and free of load change reactions tests. The test was designed to find the tyre that performed best overall in dry, wet and snowy conditions.

The extension of the Vector 4Seasons Generation-2 size range to include SUV fitments was inspired by recent growth between 35 and 40 per cent within the segment, which Goodyear describes as the market’s rising star. With safety a primary concern in both this segment and the tyre purchase decision, Goodyear believes its acclaimed all-season product presents a compelling proposition to SUV drivers.

The SUV tyre includes the same characteristics as the passenger car model. It is manufactured with advanced SmartTred plasticiser and increased silica proportion for a better overall performance on wet, slushy and icy roads. The Vector 4Seasons Generation-2 SUV’s tread has 3D sipes for enhanced tread stiffness, hydrodynamic grooves for improved aquaplaning resistance, and a solid tread pattern with gradient stiffness for improved performance over the tyre’s entire life.

It is currently available in seven sizes, fitting a wide range of current SUV models:

Enno Straten takes over as MD of Continental CST