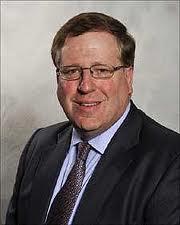 The Government is considering reversing a cut in diesel duty in an effort to address air quality concerns. Transport secretary Patrick McLoughlin told the London Evening Standard that the former Labour chancellor Gordon Brown had made a mistake when he cut diesel duty by 3p in his 2001 budget. McLoughlin said: “It is something the chancellor will need to look at in due course.”

Asked if Brown had made a mistake, McLoughlin said: “Yes. In fairness they thought they were doing the right thing. The consequences of what they did was to bring about a reduction in carbon.”

The RAC said businesses will be “aghast” to hear the transport secretary hint at higher taxation levels for diesel vehicles.

“Many drivers and businesses have, in good faith, invested in diesel cars for this reason. What is more, diesel drivers contributed almost £17bn in fuel duty last year and already pay some of the highest diesel prices in Europe.

“There is no doubt that action is needed to improve air quality, however by the Government’s own admission this needs to be tackled at a local level. This is something clean air zones, proposed for a number of UK cities, can help address. Additionally, incentivising motorists to take up cleaner vehicles additionally is important.

“But there must also be a concerted effort to clean up older, more polluting bus and taxi fleets in towns and cities. The Government can also not ignore the fact that congestion levels can exacerbate pollution levels and must consider measures that keep traffic moving.”

NMDA asks ‘what happened to promised grant for plug-in motorcycles?’