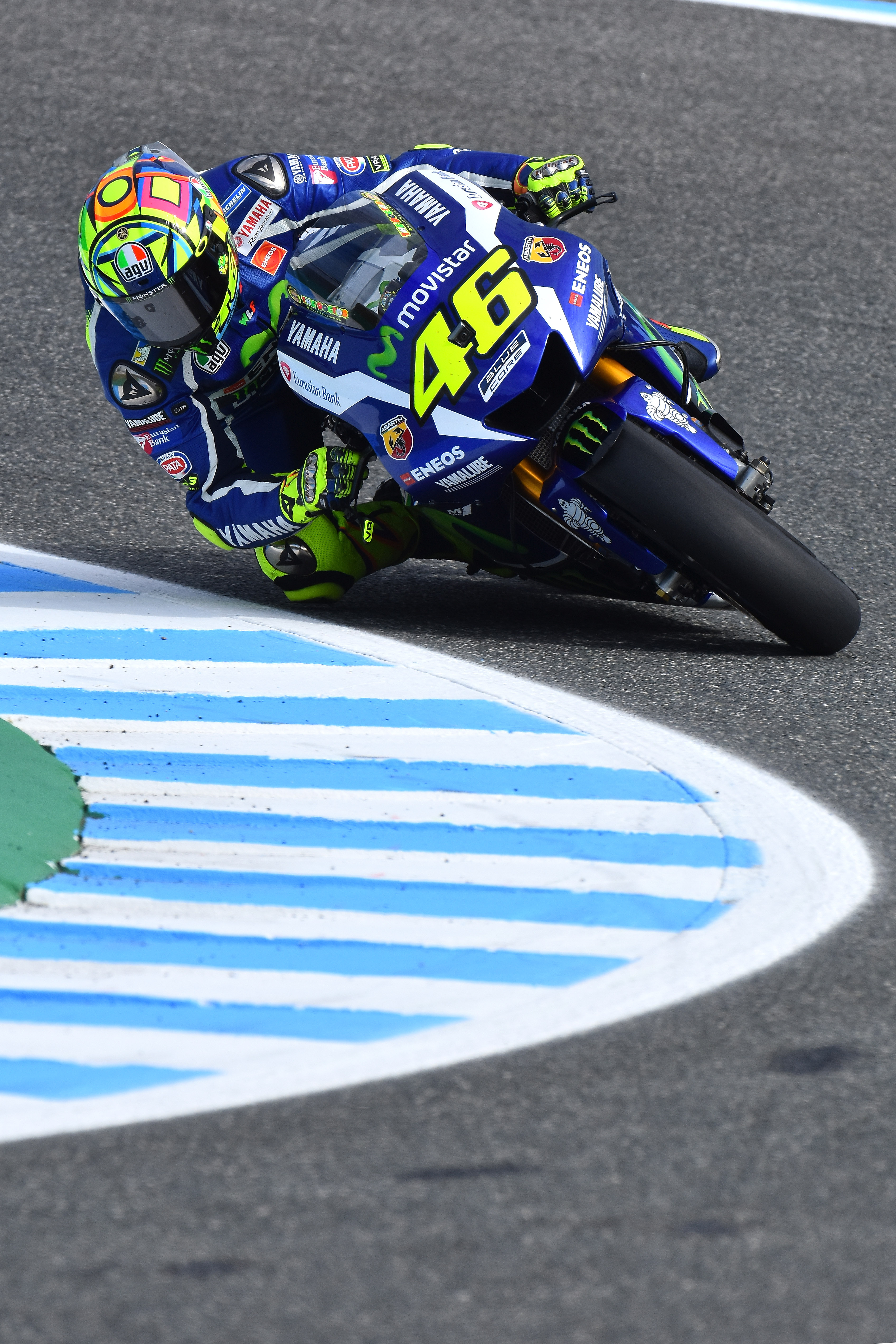 Valentino Rossi led from start to finish, claiming his first victory of the MotoGP season, and sixth on Michelin rubber

Valentino Rossi won a sixth premier-class victory on Michelin tyres – his first of 2016 – at Jerez, Spain, having started from pole. The nine-time world champion got the hole-shot on his Yamaha and led into the first corner, increasing his lead over a pack led by current champion Jorge Lorenzo’s Yamaha and Honda’s championship leader, Marc Marquez. Rossi’s faultless race meant he was never under pressure, winning by more than two seconds.

Rossi chose to use a hard Michelin Power Slick on the front of his Yamaha, coupled with a medium rear – the same as the other podium finishers – conserving his tyres in a superb performance, holding the lead throughout the race for the first time in his career. In the championship, Marquez retains his lead, but with a reduced margin over Lorenzo in second and Rossi in a close third.

Michelin remained at Jerez for one more day for a full and comprehensive tyre test, before heading back home to France for the next round of the MotoGP World Championship, which will be staged at Le Mans on Sunday, 8 May.

Valentino Rossi, Movistar Yamaha MotoGP, stated: “I am so happy about this result because I felt good about the bike and the tyres from Friday onwards. I hoped I could be strong in Jerez this year, because last year I struggled a lot, so for me it was great. This victory was very important because it arrived at the right moment; it is a really important victory, starting from the beginning right to the end, so it was great!”

Nicolas Goubert, deputy director, technical director and supervisor of the MotoGP Programme, added: “This weekend we have had some very positive moments, the front tyres have improved a lot and the riders now have a lot of confidence in them. We brought a new compound here and that has worked very well in the different conditions – especially on the colder track in the morning – and we are very pleased with the results. We have also only had two crashes this weekend which is certainly a good sign of improvement, especially when you consider the number of falls in both Moto2 and Moto3, and how difficult the track conditions were.

“This afternoon the surface was over 40°C and that was more than 20° warmer than this morning, so tyre wear was an important factor and we are very pleased with the durability that our tyres showed. We now have an important test tomorrow, where we hope we can confirm the casing construction that we will use for the rest of the season.”

Piero Taramasso – manager of the Two-Wheel Motorsport Group – explained that the weekend had not been without difficulty for the tyres; six tyre fitters were unable to work on the Saturday, having been “diagnosed [with] a gastro virus.”

“This was a setback and we had to delay the start of yesterday’s Free Practice session to allow the technicians enough time to assist the remaining fitters to make sure all the tyres were on the rims and that they were warmed up and safe to use in the afternoon. We can do without these situations when we need to concentrate on the race weekend, but we are happy they’re now getting better and hope that they make a full recovery soon.”