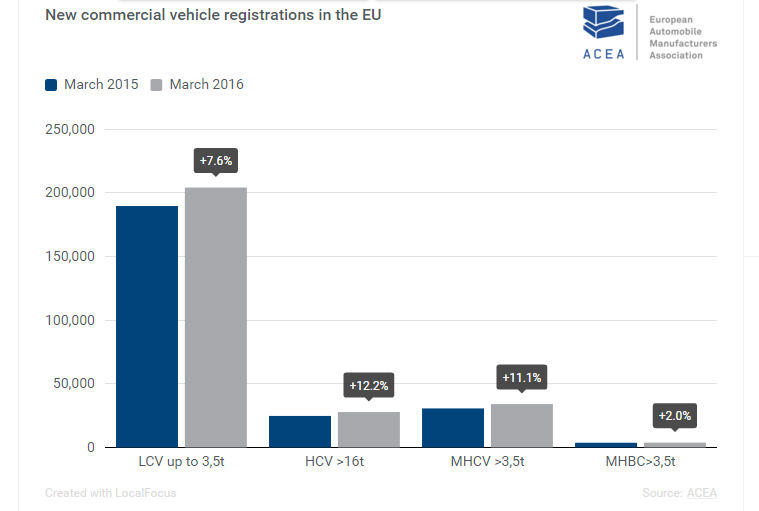 Demand for new commercial vehicles in the EU increased for the 15th month in a row in March, reports the European Automobile Manufacturers Association (ACEA). Across the entire EU, new commercial vehicle registrations of all types rose 8.0 per cent to 242,049 units. Generally speaking, the highest rates of growth were recorded in the EU12 countries, where registrations were up an average of 15.9 per cent during the month.

The full ACEA report can be read here.