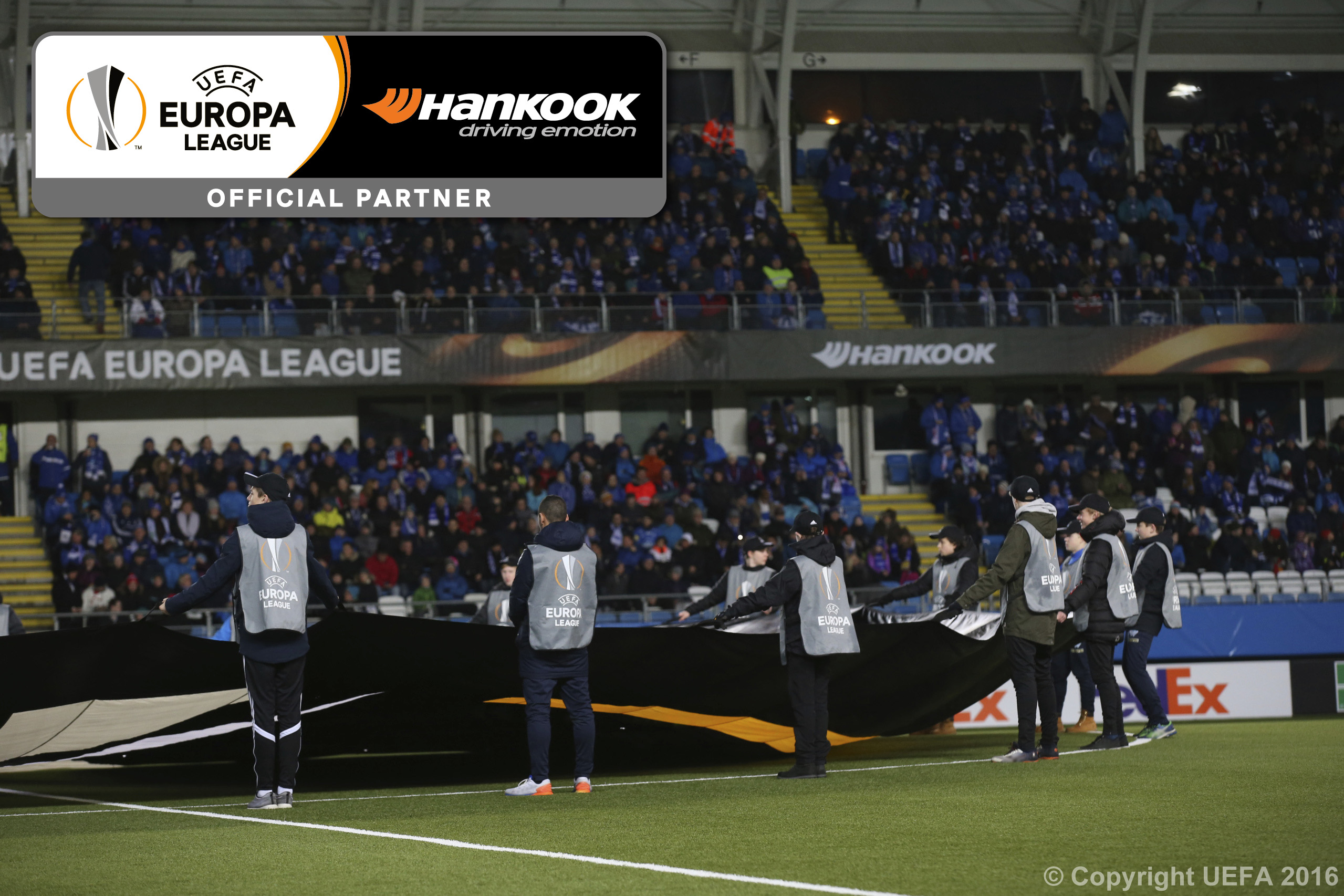 Hankook Tire has extended its UEFA Europa League sponsorship by taking on patronage of the Europa League’s ‘Centre Circle Carrier’ pre-match ceremony. From the Round of 16 to the semi-finals, the company will provide children living in the participating clubs’ local areas the opportunity to take part in the centre circle flag-carrying ceremony held prior to kick-off.

Up to eight children are selected as centre circle flag carriers for each match. A chosen few gained the chance to fly the flag in Dortmund before watching the home team chalk up three goals against the Spurs yesterday, and Hankook will again be involved in the centre circle event when the two clubs meet again in London on 17 March. It will also sponsor the centre circle ceremony at the Manchester United versus Liverpool match that day at Old Trafford and at the Sevilla versus Basel game in Spain. In addition to organising the centre circle ceremonies, Hankook Tire will work with regional and local schools, charity and youth sports organisations to further extend this engagement during the upcoming season.

“The emotionality in soccer is a perfect match to our company motto ‘Driving Emotion,” explains Gang Seung Lee, Hankook Tire Europe’s vice-president of marketing and sales. “We are pleased to be supporting the UEFA Europa League, one of the most challenging and highly emotive competitions in international football whilst sharing excitement with children across Europe.”