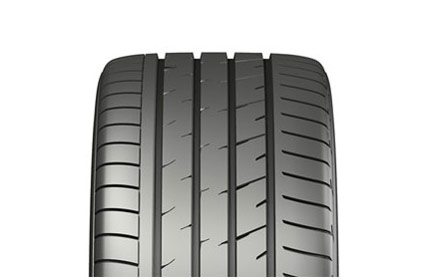 Bridgestone’s Potenza S001L RFT has been approved as an original equipment fitment for the Lexus LC500h coupé that will be launched in spring 2017. LC 500h models sold in various global markets, including Europe, North America, Japan and Asia, will be fitted with the Bridgestone run-flat tyre in sizes 245/40RF21 (front) and 275/35RF21 (rear). The Potenza S001L is “based on the basic design” of the previous Potenza S001 RFT and has been exclusively developed for fitment on the Lexus coupé, featuring a new tread pattern and rubber compound in order to “realise the superior driving performance of the Lexus LC 500h.”

The Lexus LC 500h is, like its V8-powered twin the LC 500, is based upon the LF-LC concept that debuted in 2012. Its launch will follow the global premiere of the LC 500 next year. The LC 500h features the world’s first Multi Stage Hybrid System, a unit Toyota Motor Corporation calls the “next generation of hybrid powertrains specifically designed for performance vehicles.” Toyota Motor Corporation believes the LC represents “a shift in Lexus’ engineering processes and design direction,” and marks the “beginning of a new phase for the Lexus brand.”