You are here: Home1 / News2 / Product News3 / Around the world in 80 days on Dunlop Roadsmart III tyres

Around the world in 80 days on Dunlop Roadsmart III tyres 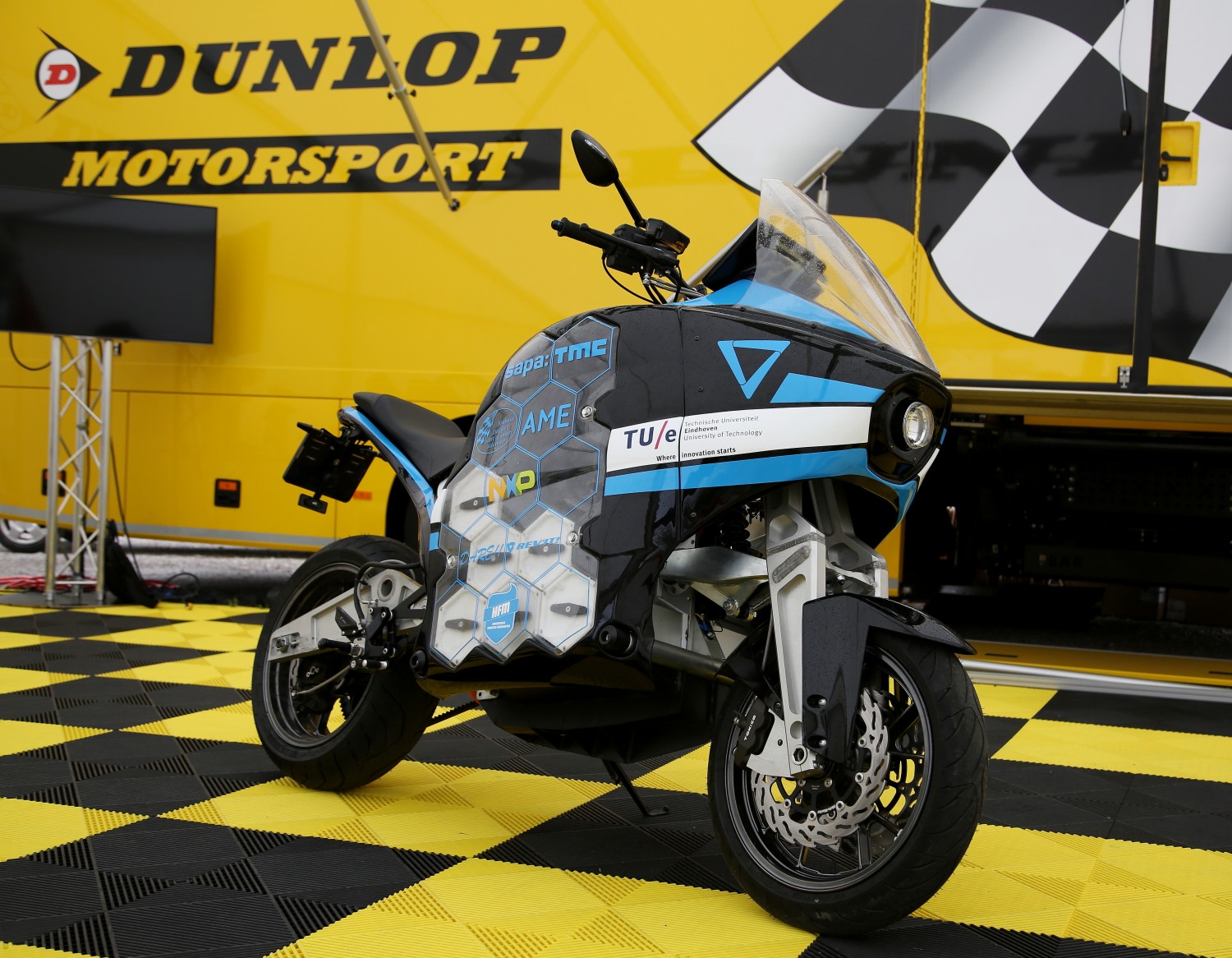 ‘STORM Pulse’ is the world’s first long-distance electric motorcycle, with a range of 380 kilometres. The radical motorcycle has been developed by the Eindhoven University of Technology (TU/e) student team who will be riding this motorcycle around the world in 80 days in 2016.

For this challenge, the team have chosen Dunlop’s latest Sport Touring tyre – the RoadSmart III.

STORM Eindhoven needed a tyre that could cope with the world’s most demanding roads. They chose the RoadSmart III after tests confirmed it having an incredible 82 per cent more mileage potential (Front) than an average of key competitors.

This enduring performance is critical for a project that will see the STORM riders tackling the toughest roads throughout Europe, Asia and North America – a total of 26,000 kilometres.

The STORM Pulse has been described as the ‘Tesla of motorcycles’. Its innovative modular battery pack means riders can swap batteries in a matter of minutes. For short journeys, only part of the battery pack can be used to make the motorcycle lighter and even easier to steer.

Another reason why the team chose the Dunlop RoadSmart III was that in the bike’s 190/55ZR17 rear tyre size, Dunlop have designed both a GT and an SP (Sport) version allowing riders to choose the right tyre for their motorcycle’s particular characteristics. STORM chose the GT version as it matched the immense torque and traction demands of their 240Nm torque powertrain.

Andy Marfleet, Marketing Manager, Dunlop Europe Moto, is proud that STORM Eindhoven have chosen RoadSmart III: “Testing has proven that the RoadSmart III has best in class grip and handling in dry whilst delivering a huge step forward in mileage performance. Tackling a 26,000km world tour on such a high torque machine demands optimum stability, traction and durability. The tyre is designed for such a challenge”