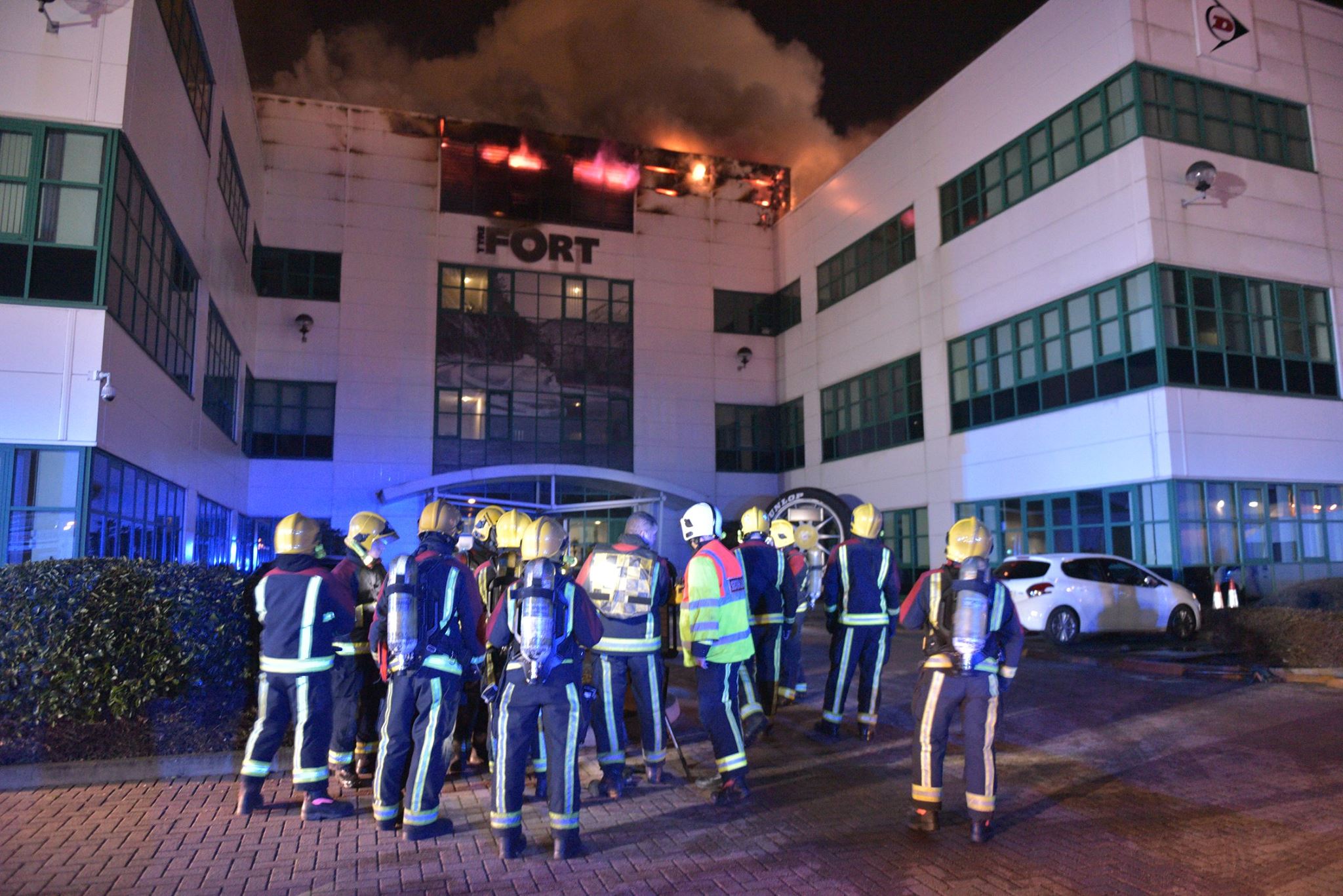 Goodyear Dunlop’s UK headquarters at Tyre Fort in Birmingham have been damaged by fire. According to West Midlands Fire Service, a fire broke out at the Wingfoot Way site yesterday evening and spread through the building’s ventilation system. Crews were called to the scene just after 7pm. The Fire Service announced shortly before midnight that the fire had been extinguished.

Stephen Goodchild February 22, 2016
JLR confirms a "temporary impact" at Solihull following the fire, however it reports that both Jaguar Land Rover sites, Castle Bromwich and Solihull, are now in operation as normal.
Andrew Bogie February 22, 2016
Thank you for getting in touch with the additional information, @john. We have contacted Jaguar Land Rover for comment.
john February 19, 2016
the fire has shutdown land rover in solihull as the computer distribution system is damaged . as a rover worker we have been told it is likely to be Wednesday when it gets back up and running.
Comments closed