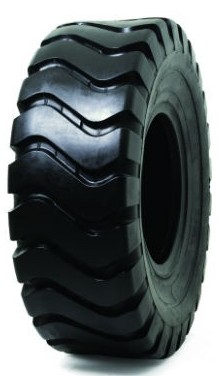 According to the company, the Camso WHL 775 is designed to “excel in severe conditions”. Developed as a solution for harsh waste, recycling, demolition and scrap yard applications, the Camso WHL 775 has an extra deep L5 lug tread for enhanced durability and protection against flats on extreme mixed and hard surfaces. Its robust carcass is said to improve stability and its heavy-duty sidewall construction is designed to resist side impacts and deformation under heavy loads. This tyre is built on a bias L5 construction, and is said to be “especially relevant for those customers looking to flat proof their tyres with urethane fill”.

“We build and offer a wide range of products to operate in numerous niche applications and environments,” says David Fleischhauer, executive director, Market Development – Construction at Camso, adding: “Offering tyres that last longer, reduce downtime and enhance productivity helps us bring a lower operating cost solution to our customers’ fleets. These two new wheel loader tyres will do just that.”

Camso says its WHL 773 is “as tough as they come”. It features a mono-block tread pattern for optimal performance on hard surfaces and is designed to resist rubber chipping and chunking. A wide footprint has been added for stability in rocky abrasive conditions. And finally the Camso WHL 773’s lug to void ratio is said to “provide tremendous durability and increased defence against tread impact”.