You are here: Home1 / News2 / Product News3 / Bridgestone inside and out on Toyota’s new Prius

Bridgestone inside and out on Toyota’s new Prius 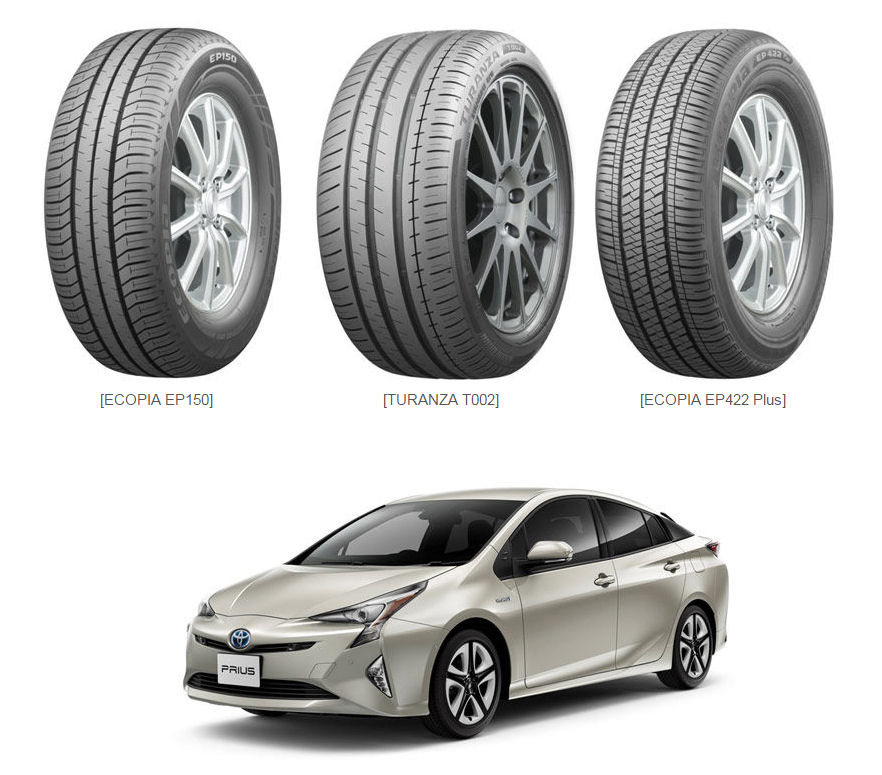 Bridgestone products are to be found in abundance on the new Toyota Prius, and not just fitted to the wheels. In addition to wearing Ecopia and Turanza tyres as original equipment, the latest-generation Toyota hybrid will come with Bridgestone seat pads and anti-vibration equipment.

Although Bridgestone has supplied original equipment tyres to the Prius since the first series debuted in Japan in the late 1990s (the NHW10 model came with a 165/65 R15 version of the Bridgestone B391), the new generation Prius is the first to utilise Bridgestone seat pads. Bridgestone reports that it worked to optimise the rigidity and damping properties of the seat pad’s cell structure, as well as their breathability. In doing so, the company believes it secured the optimal level of support and vibration absorption, and this allows the 2016 Prius to deliver a comfortable ride for backseat passengers. Furthermore, the lighter construction of the seat pads contributes to fuel efficiency.

Bridgestone anti-vibration rubber is used for the engine mounts that connect the car’s power source connects with the vehicle frame. Not only do engine mounts support the engine, they also absorb the vibrations generated by the engine, reducing vibrations of the vehicle frame and vibrations felt inside the vehicle. Front, rear, and vertical flexibility are necessary in order to absorb vibrations from the engine, as well as vibrations caused by uneven road surface and acceleration and deceleration. By laterally installing a column-shaped rubber in the centre of the part, Bridgestone succeeded in increasing front, rear, and vertical flexibility. Through this technological achievement, Bridgestone says the anti-vibration rubber part can improve driving comfort while contributing to smooth handling during cornering.