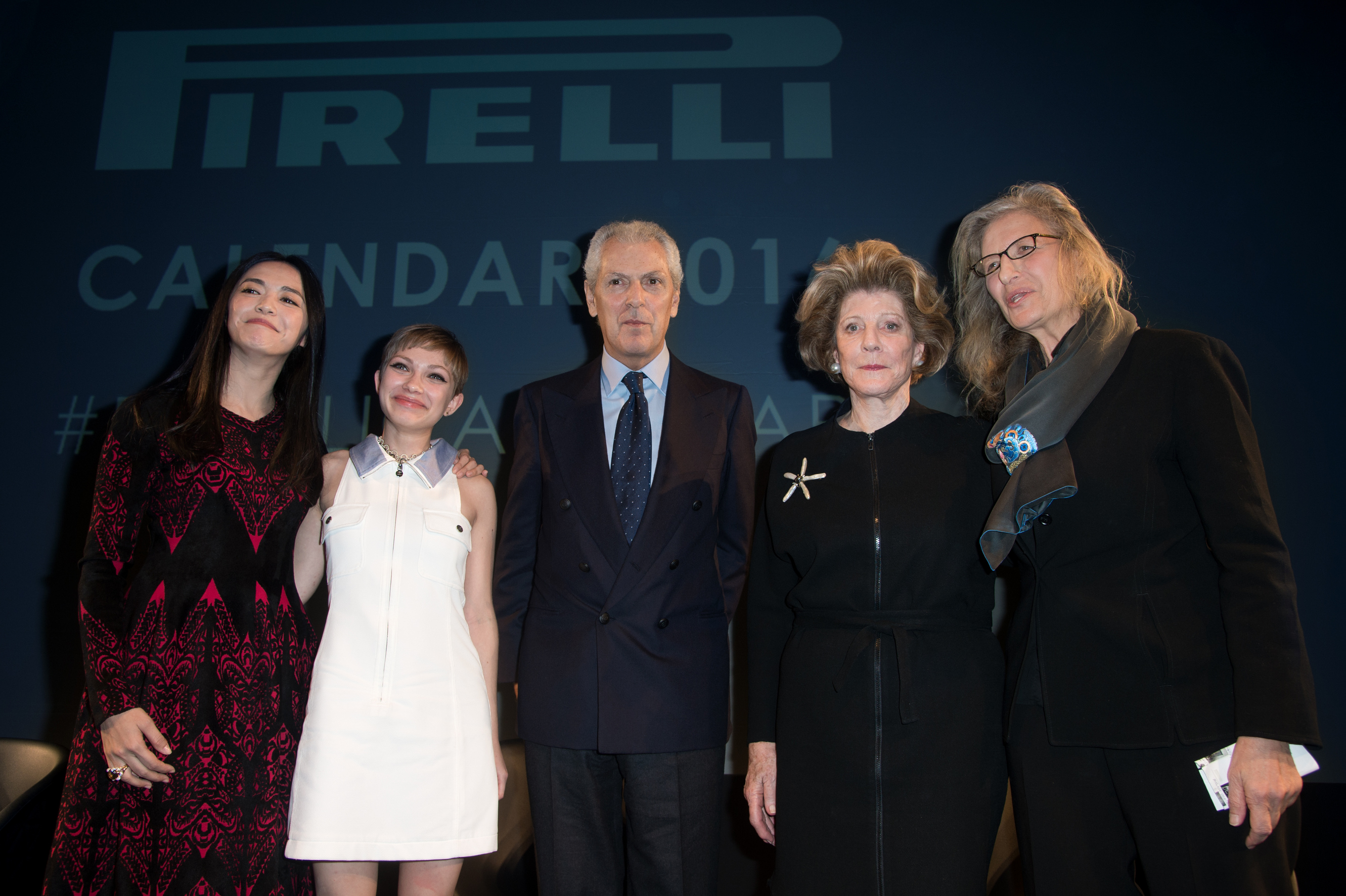 Pirelli has capped a transition year with the launch of its flagship branding product in London. Like the Italian company, now under the control of Aeolus brand manufacturer ChemChina, the 2016 edition of the Pirelli Calendar has been launched in a new and somewhat unexpected form. In the hands of legendary photographer Annie Leibovitz for the second time, the Cal has undergone a dramatic shift in character away from both the female models usually a staple of the annual publication and the almost exclusively erotic tone. The 13 subjects are instead photographed in simple, naturalistic poses – “noone was supposed to look like they’d tried,” Leibovitz says – which are designed to portray the diverse range of the female subjects’ achievements; the subjects are representatives from professional, charity, cultural and sporting spheres. The Cal was introduced by Pirelli executive vice president and CEO Marco Tronchetti Provera in a press conference at Grosvenor House, with Claire Balding chairing a panel of guests, comprising Leibovitz and three of her subjects. The launch continued in the evening at Camden’s Roundhouse, a former industrial building and iconic music venue – presumably familiar to Leibovitz, who started her rise to legendary status at Rolling Stone magazine – since the 1960s.