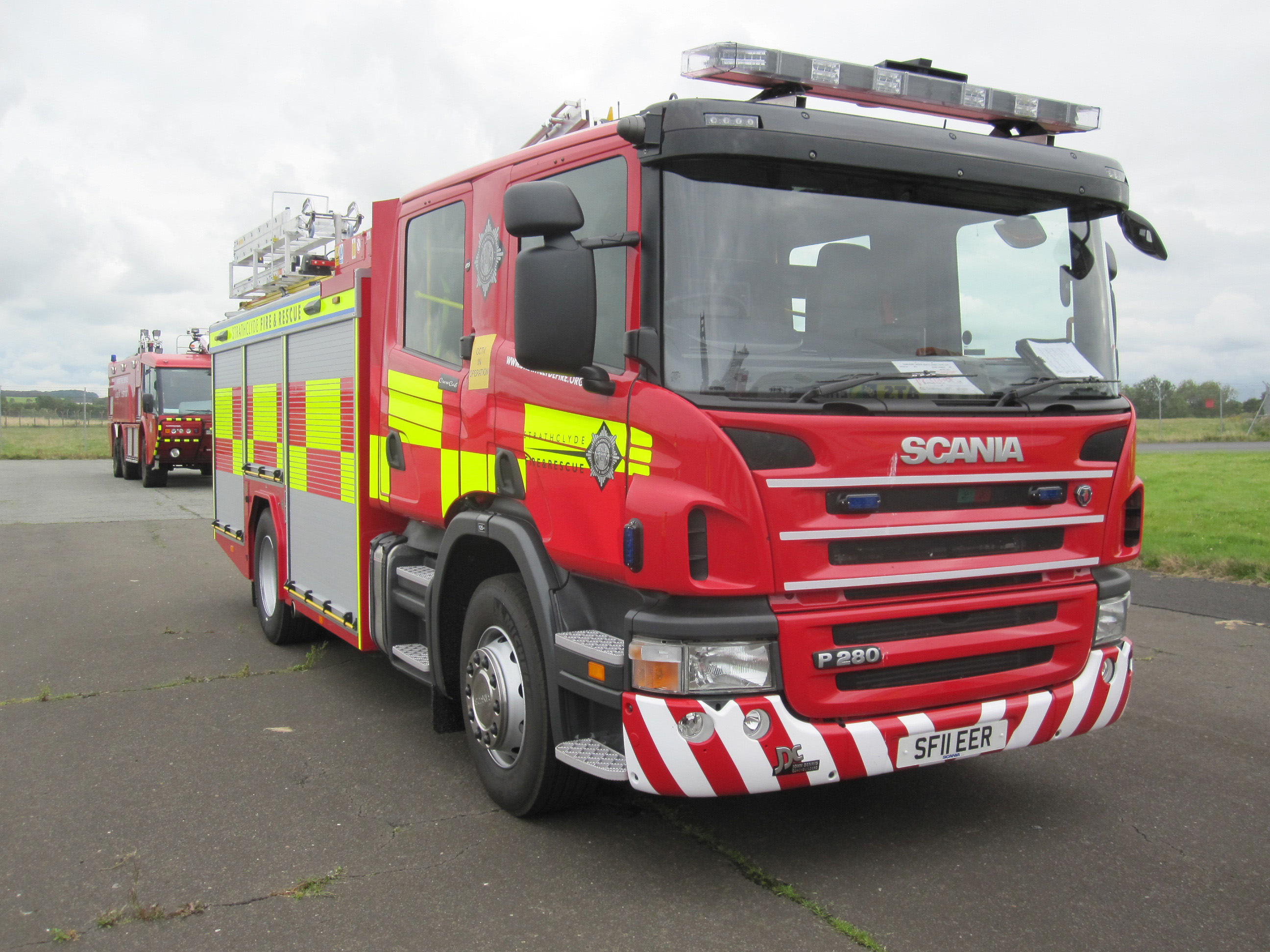 Scottish Fire and Rescue Service is benefiting from improved tyre life, durability and traction for its frontline appliances after adopting the latest generation Michelin truck tyres.

Scottish Fire and Rescue Service is benefiting from improved tyre life, durability and traction for its frontline appliances after adopting the latest generation truck tyres.

The brigade became the first emergency service in the UK to fit a set of 315/70 R 22.5 Michelin X MultiWay 3D XZE all-position (steer) tyres in 2011. Four years on, the fitments are still fitted after more than 58,000 km in service and are projected to achieve in excess of 71,000 km – an approximate 94 per cent increase in mileage performance over the previous fitment.

Fleet Manager Scott Roberts pioneered the shift from 275/70 R 22.5 XZE2+ tyres – previously the favoured tyre size for an 18 tonne fire appliance – and says that the move to larger tyres, combined with the new Michelin tread pattern, ticks all of the boxes.

Previously, even urban-based appliances on all-position tyres could struggle for traction in challenging conditions. However, the new tyres’ credentials enable Scottish Fire and Rescue Service to specify all-position tyres as an all-round fitment on new heavy appliances – even those for rural areas, which previously required drive pattern tyres to ensure sufficient traction when road conditions deteriorate.

Roberts says: “The change in tyre size and tread pattern have combined to offer our crews the best possible handling characteristics, with driver trainers and drivers reporting significantly less understeer when making progress under blue light conditions. This is no mean feat when you consider the weight of the crew cab and a full payload.

“The increase in tyre life is also notable. Shoulder wear used to be one of the main reasons for premature removal, but the X MultiWay 3Ds have worn evenly. To be on target to get 71,000 km from a set of tyres on an 18 tonne fire appliance is remarkable.”

Michelin says its new X Multi tyres stand out for being safer, more fuel-efficient, quieter and longer-lasting than the previous generation Michelin XZE2s they replace. Testing conducted by TÜV SÜD in Germany also revealed an average 13m difference in wet braking when two-thirds worn between a vehicle shod with Michelin X Multi tyres, and four premium competitor brands tested, when braking from 50 to 0km/h on a low friction surface.

Scottish Fire and Rescue Service operates a fleet of more than 1,900 vehicles throughout Scotland, including 830 assets with a gross vehicle weight of 7.5 tonnes or more.

The organisation was formed in April 2013, bringing together the collective skills and experience from across Scotland’s previous eight fire and rescue services. It encompasses more than 8,000 firefighters, protecting a population spread across bustling cities as well as some of the UK’s most remote areas.

Scottish Fire and Rescue Service has operated a Michelin tyre policy for three decades, procuring rubber for its fleet through the Crown Commercial Service framework agreement. Tyres are supplied and fitted by ATS Euromaster, which is described by Roberts as delivering “outstanding service”.