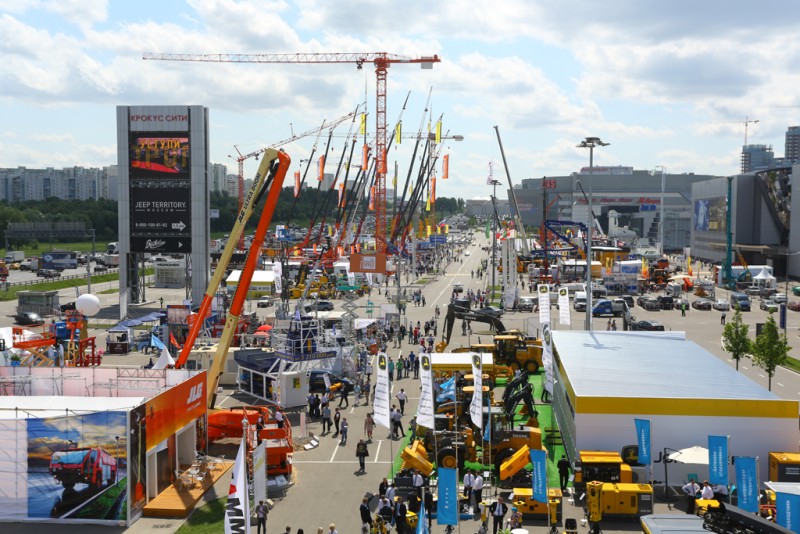 The annual CTT show most recently boasted an area of 53,900 square metres and 670 exhibitors

Messe München, organiser of the bauma construction and mining machinery trade fair, has further consolidated its position as the world’s leading organiser of trade exhibitions for this sector with the acquisition of Moscow-based CTT Expo, the world’s fifth largest construction machinery trade show. It says the acquisition is “both the biggest and most important purchase in Messe München’s history.” The seller is private Russian trade fair company Media Globe LLC; financial terms of the transaction were not disclosed.

“CTT is an internationally known and established event. It is an ideal addition to our global construction machinery cluster,” said Klaus Dittrich, chairman and chief executive officer of the Messe München Board of Management: “With the world’s leading trade fair bauma in Munich as the centrepiece and our events in Shanghai, New Delhi, Johannesburg and, in future, Moscow, we have achieved a global market share of more than 50 per cent.”

Media Globe proprietor Alexey Striganov becomes Messe München’s partner in Russia, staying on as a shareholder in the newly-established company. This partnership enables Messe München to tap into an already existing extensive network in, and know-how of, the Russian market. Stefan Rummel says he “is delighted that we can continue to expand our portfolio in Russia with Alexey Striganov as a partner and shareholder.”

CTT’s international co-organiser is IMAG, a Messe München subsidiary. And it was IMAG that provided the introduction. “The negotiations, from the initial exploratory discussions to clinching the deal, including our managing partners’ consent, took little more than half a year,” said Rummel. “That is a record for the German trade fair scene.”

“Our commitment in Moscow also supports the ongoing development of our trade fairs at our Munich location as well as the domestic economy,” said Klaus Dittrich. Notwithstanding the currently difficult economic and political environment, Russia remains an important country for the Munich location, for exhibitors and visitors alike, as well as an important sales market for the construction and mining machinery industry.

For Messe München, the commitment in Moscow is the entrée to a new market: “This provides us with a long-term platform for tapping into the Russian market,” said Rummel. “Because beyond the current political situation there is considerable potential in Russia, especially for Messe München’s main focus areas.

CTT has been held in Moscow every year since 2000. Latterly it boasted an area of 53,900 square metres and 670 exhibitors and was profitable, notwithstanding the economic situation. In May 2016 it will open its doors for the 17th time.

Commenting on the deal, Bavarian State Minister of Economic Affairs Ilse Aigner said she sees the purchase of the trade fair as a positive signal in difficult political and economic times. “The cooperation agreement will enrich economic relations between Moscow and Bavaria and boost collaboration.” The Minister went on to say that in making the acquisition, Messe München was laying the foundation for an increased presence in the Russian market. The signing of a framework agreement between Messe München and its future partner is one of the highlights of a visit to Moscow by a delegation from the Bavarian Ministry of Economic Affairs.