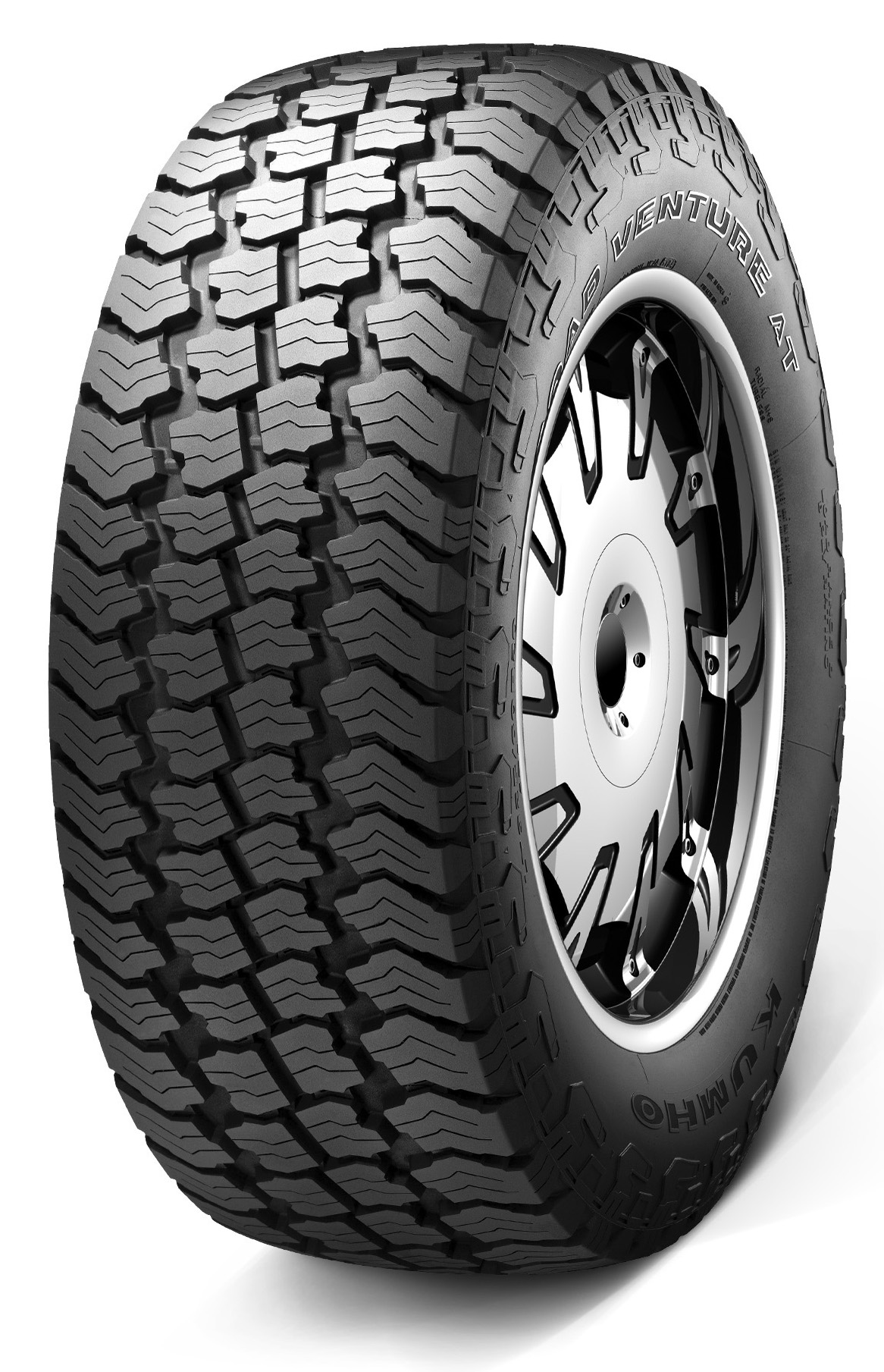 Kumho’s comprehensive 4×4 tyre range was recently enhanced by the addition of the Crugen HP91. With the new product, the manufacturer brought a new high performance road product into its range designed to tackle the growth market of SUV and crossover vehicles primed for on-road use. Despite the suggestion of its moniker, the pre-existing Road Venture range of 4×4 products covers the majority of requirements of the less road-centric 4×4 market, with cross-functional MT KL71 and AT KL78 patterns covering everything from such top end SUVs as the Range Rover and BMW X5 to the venerable Land Rover Defender.

The Road Venture MT KL71 is designed for durability and off-road traction. A wider footprint has the advantage of better floatation on soft surfaces, such as sand and bog, and superior stability on-road. However, Kumho adds that the tread itself is its most innovative aspect.

On the road, the tread pitch sequence and centre elements have been designed to give a quieter ride than typical MT tyres. The centre area of the tread is strong and solid, which maximizes on-road stability and braking. The high void directional pattern has excellent aquaplaning resistance and also sheds mud well. The shoulder lugs provide incredible off-road traction on soft surfaces.

The Kumho Road Venture MT KL71 has a history of acclaim too. In 2008 it was the joint winner of 4×4 Magazine and Land Rover World’s ‘ultimate tyre test’ to establish the best mud-terrain tyre on the UK market.

The Road Venture AT KL78 is the most versatile tyre in the Kumho 4×4 range. The manufacturer’s engineers designed the KL78 to be truly cross-functional, with good road manners and competent off-road capability.

As previously mentioned, the newest addition to Kumho’s 4×4 range is aimed at owners of the latest lifestyle and luxury SUVs who seek the optimum driving experience from their prestige vehicles. The Crugen HP91, which will eventually replace Kumho’s long serving KL17, was first demonstrated in the demanding environment of the Rockingham Motor Speedway last September.

The tyre features an asymmetric tread pattern combined with four wide circumferential grooves. Its silica-enhanced compound results in improved wet weather handling and braking, and a rolling resistance comparable to that of most passenger car tyres. The product’s other major attributes include: strong high speed stability, low wear rates, and outstanding resistance to aquaplaning. The tyre is manufactured in in V, W and Y speed ratings and is available in sizes to fit, for example, the Range Rover and Range Rover Evoque, BMW X5 and X3, and Volvo XC90 and XC60.