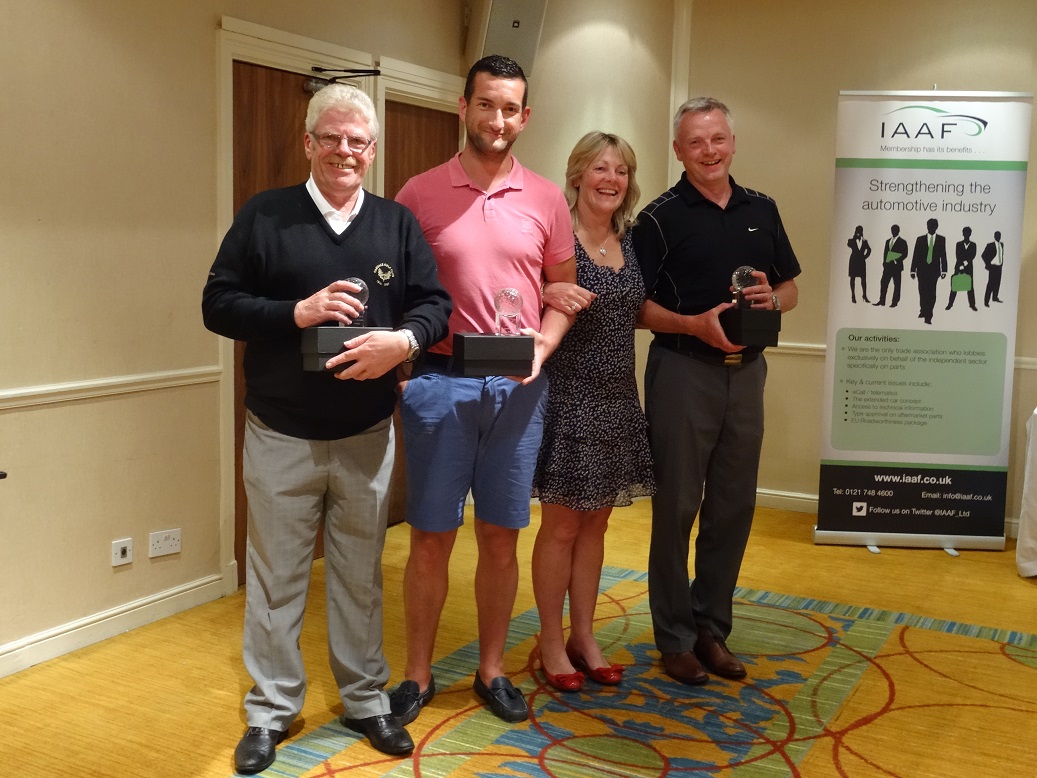 Winners at the IAAF-BEN golf challenge 2015

The IAAF has concluded its most popular summer golf day programme ever with one golfer achieving a hole in one.

The highlight of the Forest of Arden competition was the hole in one achieved by Malcolm Connelly from Cosan on the fourth hole. A special presentation was made to Malcolm to mark his achievement, a first for the IAAF golf day. The tradition of buying everyone in the clubhouse a drink was, on this occasion, substituted for a generous donation to BEN.

The Forest of Arden’s Aylesford course again provided some tough challenges but some high scoring rounds ensued and congratulations go to the eventual winners, FAI, who were headed up by team captain Jonathan Alexander. Scoring was very tight, with the team from BTN Turbo coming in second on the day after a count back.

The overall winners of the IAAF-BEN golf challenge for 2015 will be the team with the best score from the two events and they will be invited to the Awards Dinner on 17 December to receive their prize.

The prizes were presented by the Forest of Arden’s Lady Captain, Maggie Howells, who played in one of the two Round Towers teams.  In addition to the winners and runners-up trophies, there were prizes for ‘longest drive’, which went to Steve Miller from the Bosch team, and for the ‘nearest the pin,’ which was won by Paul Gair from the Standard Motor Products team.

Wendy Williamson, IAAF chief executive, said: “Without doubt, these were our most successful golf days ever and we look forward to developing these events in order to provide as much value and excitement as possible to golfers but, more importantly, much needed funds for industry charity BEN.”