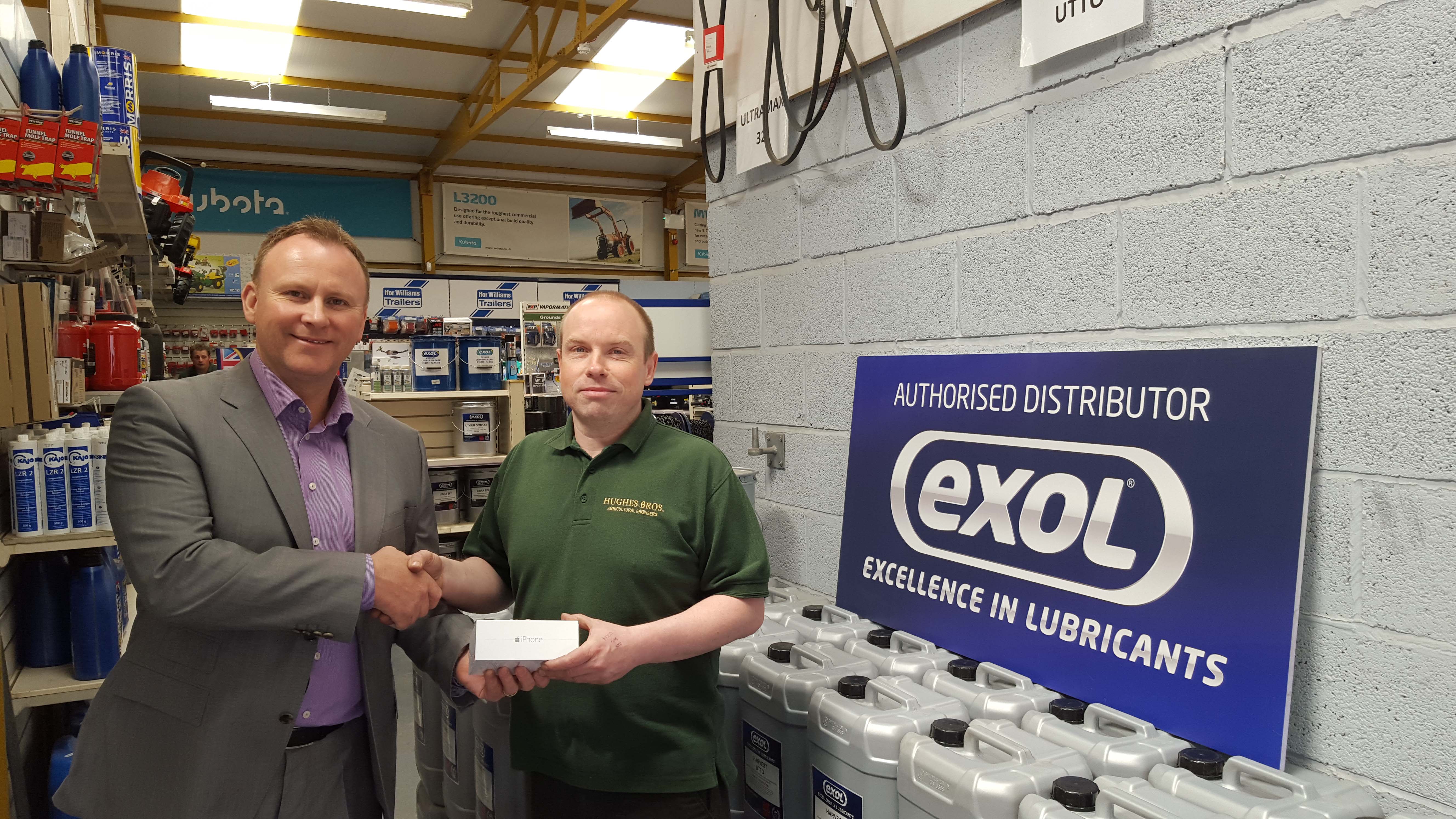 Agricultural engineer, Hughes Bros, was the lucky recipient of an iPhone 6 in a recent Exol “selfie” competition.

To enter the competition, customers of the UK’s largest independently owned blender had to send in photos of any vehicle from the company’s £1.5million fleet with either their premises or personnel in the background.

Steve Dunn, Exol sales director, presented the iPhone 6 to Richard Harris of Hughes Bros parts department. Dunn said: “The IPhone competition really captured the imagination of our customers and gave them a chance to familiarise themselves with the new and expanding Exol fleet of vehicles that are specifically equipped to support their business.”

Hughes Bros is based in Oswestry, Shropshire. Since 1970, the company has been based at Smithfield Works providing sales and repairs for tractors/agricultural machinery and Land Rovers. In 2009, Hughes Bros moved into new premises and opened its new parts department.