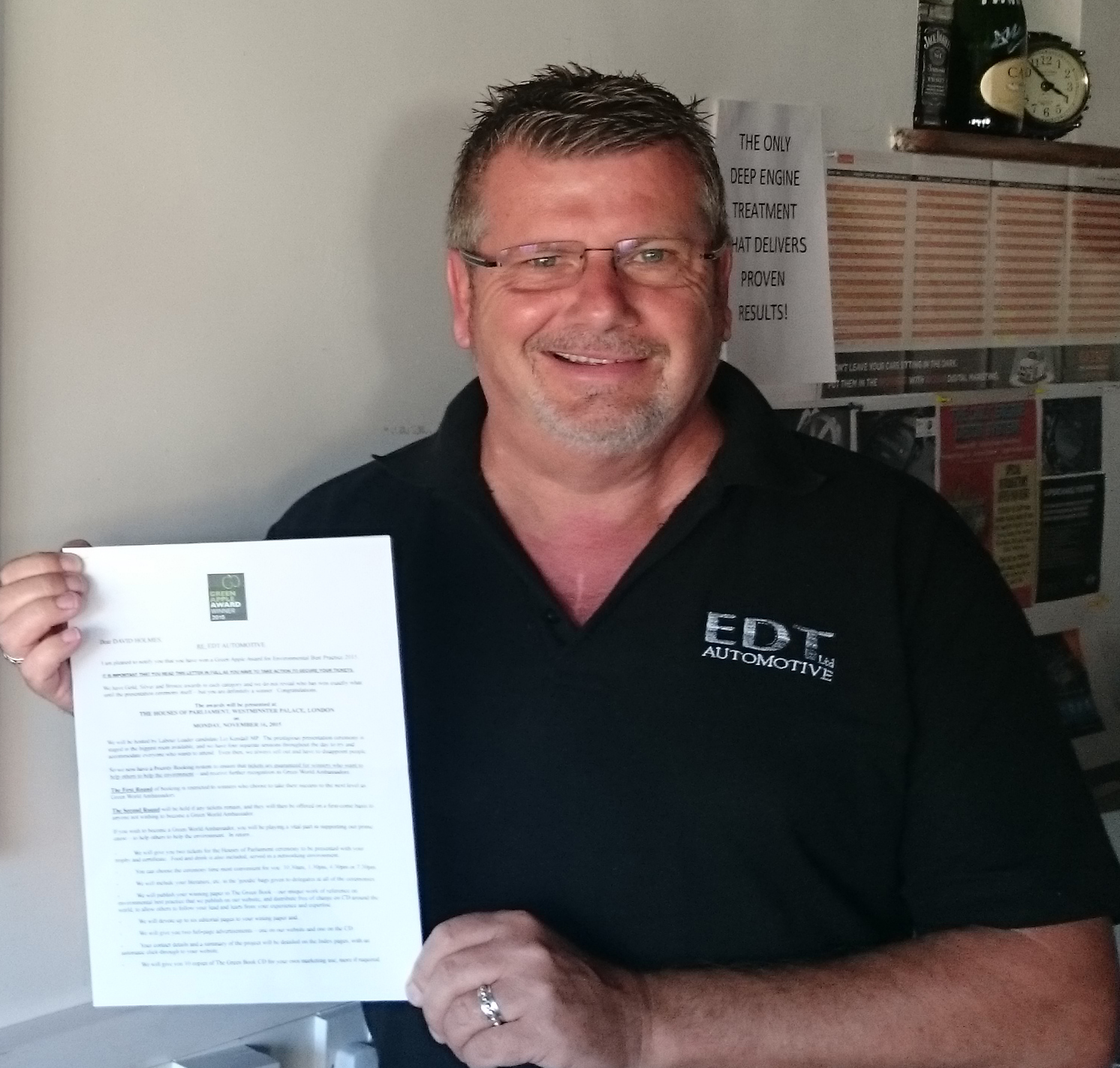 EDT Automotive, based in Westwell Leacon, near Ashford in Kent, has won a prestigious Green Apple Award for Environmental Best Practice.

The engine detox company competed against more than 500 nominees to win the award, which will be presented at a glittering ceremony at the Houses of Parliament, London, on Monday 16 November.

With an effect likened to descaling a dishwasher, the hand-built EDT machine cleans petrol or diesel engines with an environmentally friendly solution. It takes just 13 minutes to remove up to half a litre of thick black sludge (carbon and metallic particles, varnish, even the odd broken-off dipstick) that doesn’t come out in an oil change.

David Holmes, managing director at EDT Automotive, said: “We only launched the company in 2013 so to win a Green Apple Award in only our second year is a fantastic achievement. It will help to raise awareness of the fuel saving and emissions benefits of our treatment, both within the automotive industry and among the motoring public. As a result of this success, we also now qualify for the Green World Awards and the European Business Awards for the Environment, so we’re keen to have a crack at those as well.”