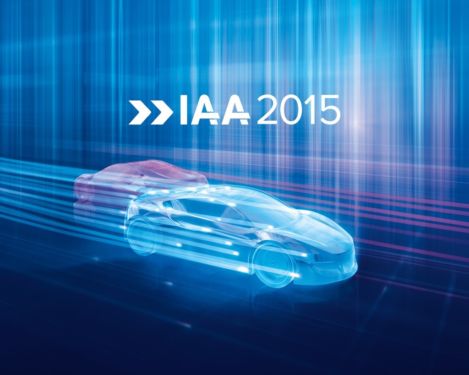 It’s only a month until the world’s largest motor show begins, and several tyre makers have shared news of the innovations and products they will bring to this year’s IAA Cars.

The Frankfurt show will be the first opportunity for Continental (Hall 5.1, Stand A08) to show off the successor to its SportContact 5 P. the tyre maker isn’t giving much away about its new ultra high performance summer tyre ahead of its debut in a couple of weeks’ time, however it shares that the new SportContact 6 will provide “maximum grip, maximum control, and maximum stability” at speeds of up to 350 km/h.

The German tyre and automotive systems manufacturer will also highlight work it is undertaking with dandelion-sourced rubber. Not only will Continental present information about its Taraxagum tyres, which have already been tested in prototype form and are expected to be launched commercially in the coming five to ten years, the company’s Contitech division will share its initial findings into the suitability of dandelion rubber for vibration and mounting elements.

Michelin (Hall 8.0, Stand A23) says it is showcasing its latest technological innovations offering performance and security whatever the weather conditions. The tyre maker is of course referring to its new CrossClimate tyre, the first-ever summer tyre with winter certification. The CrossClimate will be the highlight of Michelin’s IAA presence, the company states. It will also display the Michelin Pilot Sport 3 and demonstrate the company’s mobility service apps.

If you like beer and bread – and let’s not forget where the IAA is held – then you’ll like Nexen Tire (Hall 4.0, Stand A31). The Korean manufacturer will once again serve as partner to the ‘Bier & Brotzeit’ evening event, which is hosted by Auto Bild magazine and takes place on 16 September.