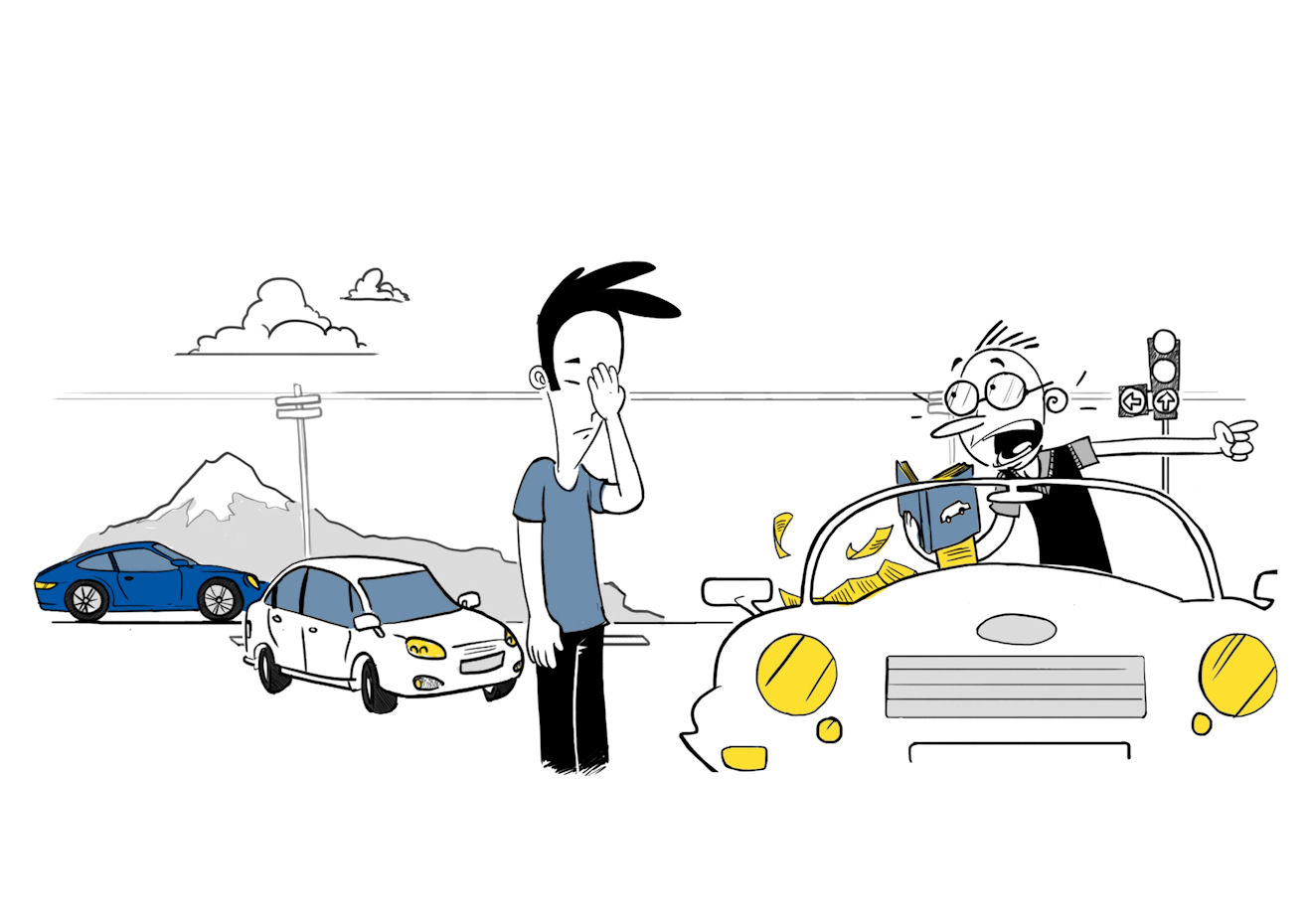 The Goodyear-LSE study has identified seven personalities that often rear their heads: Here the know-it-all shares from his inexhaustible supply of driving wisdom

A joint, ongoing study on the social psychology of road safety conducted by Goodyear and the London School of Economics and Political Science (LSE) has identified different ways that people respond when interacting with other drivers on the road. The information gained so far comes from the first stage of a two-part study into driving behaviour. LSE researchers worked with focus groups and conducted in-depth interviews to identify how drivers influence each other’s behaviour on the road.

According to the LSE, the reactions drivers display behind the wheel are based on how they deal with their own feelings and their uncertainty towards the behaviour of other road users. “Most of these behaviours can unfortunately lead to dangerous situations during interactions with other road users,” observes Olivier Rousseau, Goodyear’s EMEA region vice-president, consumer tyres. “The more we understand how we as drivers behave and what the causes of these behaviours are, the sooner we can work on ourselves and contribute to a higher level of safety.”

The teacher: needs to make sure other drivers know what they have done wrong and expects recognition of his/her efforts to teach others.

The know-it-all: thinks he/she is surrounded by incompetent fools and contents themselves with shouting condescendingly at other drivers while being protected in their own car.

The competitor: needs to get ahead of all other drivers and is annoyed when someone gets in the way of that. Might accelerate when someone tries to overtake, or close a gap to prevent anyone getting in front.

The punisher: wants to punish other drivers for any perceived misbehaviour. Might end up getting out of his/her car or approaching other drivers directly.

The philosopher: accepts misbehaviour easily and tries to rationally explain it. Manages to control his/her feelings in the car.

The avoider: treats misbehaving other drivers impersonally, dismisses them as a hazard.

The escapee: listens to music or talks on the phone to insulate him/herself. Distracts him/herself with selected social relationships to avoid relating to the other drivers on the road or getting frustrated.

“Much of the time we can sit happily in the comfortable bubble of our car, but around any corner we may have to interact with other drivers,” comments Dr Chris Tennant, the social psychologist leading the research project at LSE. “This makes the road a challenging and uncertain social environment. While we may worry about others’ driving, this research suggests that their behaviour also depends on what we do. We create the personalities that we don’t like. From a psychological point of view, these different types of personalities represent different outlets that drivers use to deal with their frustrations and strong feelings. We are not always entirely one or the other. Depending on the situation and the interaction with others, most of us will find several of these profiles emerge.”

“Most of these behaviours can lead to dangerous situations on the road,” adds Olivier Rousseau. “Understanding what type of behaviour we exhibit and what situations provoke it is a first step for all of us to better control it, thereby creating a safer driving environment for ourselves and others on the road. Besides effective enforcement of laws against aggressive driving; education and lifelong learning remain the most powerful public strategies to address this social and emotional aspect of driving and to achieve the greatest improvements in road safety.”

The second part of the Goodyear-LSE project is a pan-European study across 15 countries. The final results and analysis of this European project are expected in October.