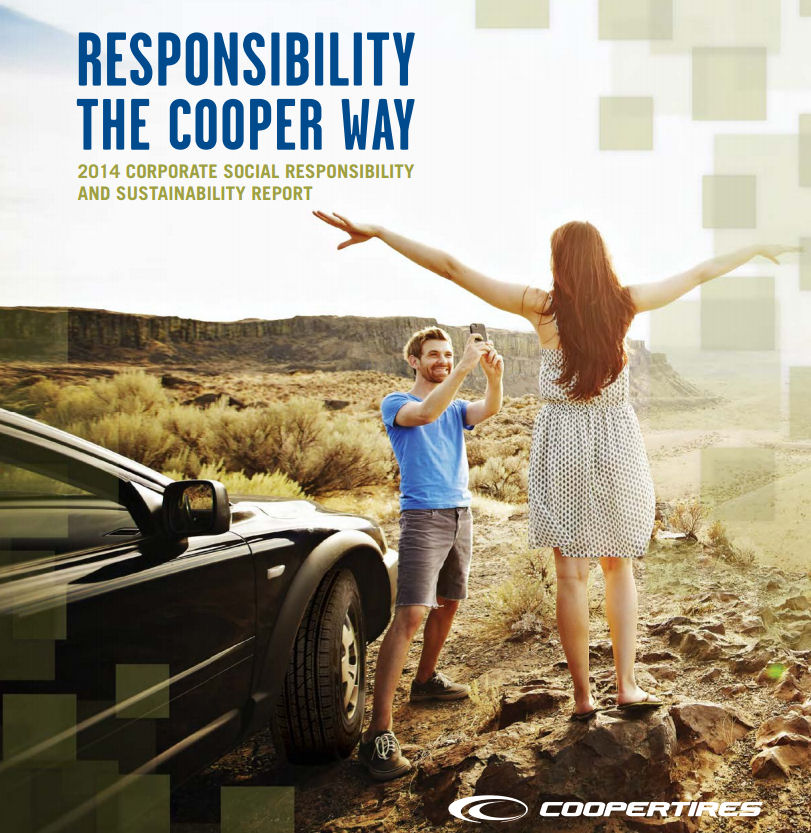 “As we begin our second century in the tyre business, topics such as corporate social responsibility and sustainability are increasingly important,” said Cooper chairman, chief executive officer and president Roy Armes. “This report details our goals and progress on environmental protection as well as technology and innovation, safety, and philanthropy. Cooper is making progress on these initiatives and is committed to continuing to work on and report on our progress to key stakeholders.”

Highlights from Cooper’s sustainability report include:

Materiality assessment: A materiality assessment was conducted to effectively drive Cooper’s sustainability strategy. The company identified the significant economic, environmental and social aspects of the business and prioritised those aspects for review and potential action in coordination with the company’s business objectives. The process revealed the aspects most important to Cooper stakeholders and the company is acting on those priorities.

Sustainable tyre innovation: Cooper collaborates with a number of entities and partners on tyre raw materials and design, training, regulatory matters, scrap tyre management and other sustainability topics. For example, Cooper and a number of universities and public/private sector partners are working together to develop more sustainable tyres. Cooper also recently completed work under a US Department of Energy (DOE) grant to develop ultra-light weight fuel efficient tyres, exceeding the project’s goals.

Safety Excellence System: Cooper continues to implement an employee safety excellence system that is the centrepiece of its “Drive to Zero” global safety campaign, which demonstrates the company’s commitment to injury prevention as a top priority by building a zero-injury culture.

“Corporate social responsibility has played an important role at Cooper because we have always known it is the right thing to do,” said Tom Wood, Cooper’s director of global environmental affairs. “We continue to work toward improving our performance and achieving sustainability improvements. The results in our report reflect Cooper’s commitment and the conviction of our employees toward a more sustainable future.”